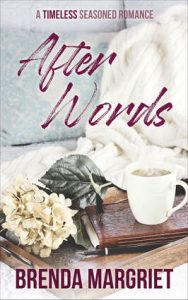 I’ve been reading a lot of romance lately, and the results have been mixed. Sometimes I get a third of the way through and everything is just annoying, so I flip to the end and then bail. Sometimes the book is so good that I race through it and then start it again. More often, it’s good enough to finish, but when I’m done, I think, “I’ll never read that one again.” Then they just stack up on my Kindle. Reader kindling. (Sorry.). While my laptop was silent this weekend, I started thinking about a personal rating system, probably not useful for anyone else but a way to identify the authors I was going to go back to and the authors I was going to metaphorically throw things at, and it seemed to me that the same things kept triggering me, points at which my brain flashed “OH, that was great” or “One more of those and I’m setting this book on digital fire.” Flash points, if you will, the reading experience temperature at which the reader ignites with glee or rage.

I figured a ten-point system. All books start out with 100 points, the C of the book ratings, the books I finish but never read again. Books get plus ten if they do something magnificently. Minus ten would be a novel that does something so annoying I want to burn it in my back yard. Plus and minus five would be things that are nice surprises or annoying but not complete deal-breakers on their own. Plus and minus one are small pleasures and small annoyances that I could absolutely overlook as long as they don’t mount up (nibbled to death by ducks). END_OF_DOCUMENT_TOKEN_TO_BE_REPLACED

I’ve been reading a lot of New Adult romances lately, female protagonists 18 to 29. The genre has a really different feel, but it’s interesting. I can definitely recommend Sarina Bowen’s The Year We Fell Down (see other post from today for more on that).

What are you recommending this week?

I was looking for comfort reads, the mashed potatoes of literacy, and I read a book that had been highly recommended (lotta five star ratings on Amazon) with the caveat being that it was just the story of what happened to this guy, episodic not escalating. And I thought, “Great, a picaro story” and raced right through it.

It wasn’t a picaro story. END_OF_DOCUMENT_TOKEN_TO_BE_REPLACED 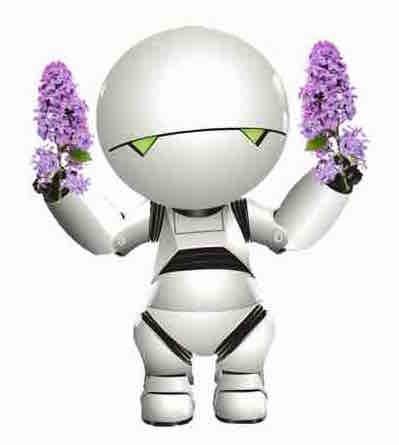 May 25th is Towel Day, a day we remind ourselves that, like the denizens of Hitchhiker’s Guide to the Galaxy, as long as we have our towels, we’re covered, albeit skimpily. And of course today is also the day to celebrate the Glorious Revolution of Discworld by wearing the lilac and agitating for “Truth, Justice, Freedom, Reasonably Priced Love, and a Hard-Boiled Egg!”, the basics of a strong society. It’s also a day we lift our a glass of spirits to Douglas Adams and Terry Pratchett, two writers who have lifted my spirits too many times to count.

Smell the lilacs, Argh People, in the memory of two greats, and the sure knowledge that we’re going to be okay because we have our towels. And each other.

Our own Nancy Yeager has a new book out, Four Corners of Heaven, part of her Harrow’s Finest Five series, stories about old schoolmates and their search for their happily-ever-afters, encountering smart women, steamy passions, and the occasional scandal.

In Four Corners of Heaven, two dedicated scientists pursue their place in history and learn that love confounds logic every time. But is it enough to keep them together when their futures fall apart?

END_OF_DOCUMENT_TOKEN_TO_BE_REPLACED

Looking back over my Kindle list for the past couple of weeks, it’s been all crochet and murder. I must branch out. Probably into cooking and art theft; I do love a good heist.

What did you read in this fine new year?

ETA: I just read a really good new book: One of Us is Lying by Karen McManus. Alternating first person PoVs, solid characterization, and a nice twisty plot.

Melissa Yi has a new book out, Graveyard Shift, the latest in her Hope Sze series. Dawn Kiddell, Chief Librarian, Cornwall Public Library, says it’s “An engrossing read with laugh out loud moments balanced with poignant social commentary,” which sounds right down Argh’s alley. You can download the first three chapters here, go learn more about Melissa’s other Hope books at the publisher’s site here, or just go ahead and buy it here.. What’s it about? Well . . . 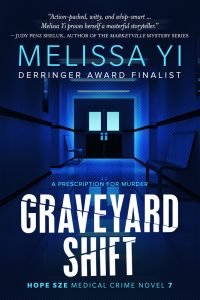 Work all night. Sleep with one eye open. Murder is coming.

Drugs. Alcohol. Violence. Chaos.
All in a night’s work for Dr. Hope Sze, aspiring Montreal emergency physician—until someone tries to strangle her with her own stethoscope. Then Hope’s lover disappears. A second woman barely escapes throttling before her beloved vanishes too. Hope slogs through the pneumonia and hemorrhoid patients cramming the ER while a psychopath stalks the empty, post-midnight hallways of St. Joseph’s Hospital.Waiting. Waiting patiently.
Until everything explodes. 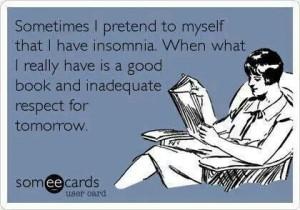 What good book kept you up late this week? 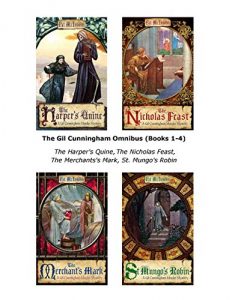 Thank you very much to whoever recommended the Gil Cunningham medieval mystery series, I’m really enjoying it. Plus I can kind of justify it as research since the books take place about twenty years before Nick gets killed in that sword fight, so it’s a win all around.