We’re finally far enough into January that all that end-of-the-year stuff is going away (What are YOUR resolutions for this year? To not make any resolutions, I have enough to feel guilty about already) and the after-Christmas sales are done. It’s 2023, let’s get to work. We’re settling into Rocky Start, regrouping for a new year and another three books. As Bob pointed out, the first one is the hardest because it sets everything up, which means we spend time trying to figure out people’s names, the settings (which basically are another character in our books), the weapons (Bob’s job), and the food (that would be me.) Our last negotiation was on the name of coffee shop/bakery next door to the heroine’s shop, which I had been calling the Coffee/Cake and which Bob had called something obscurely German. See below to see how that works.

Speaking of works, what did you work on this week? 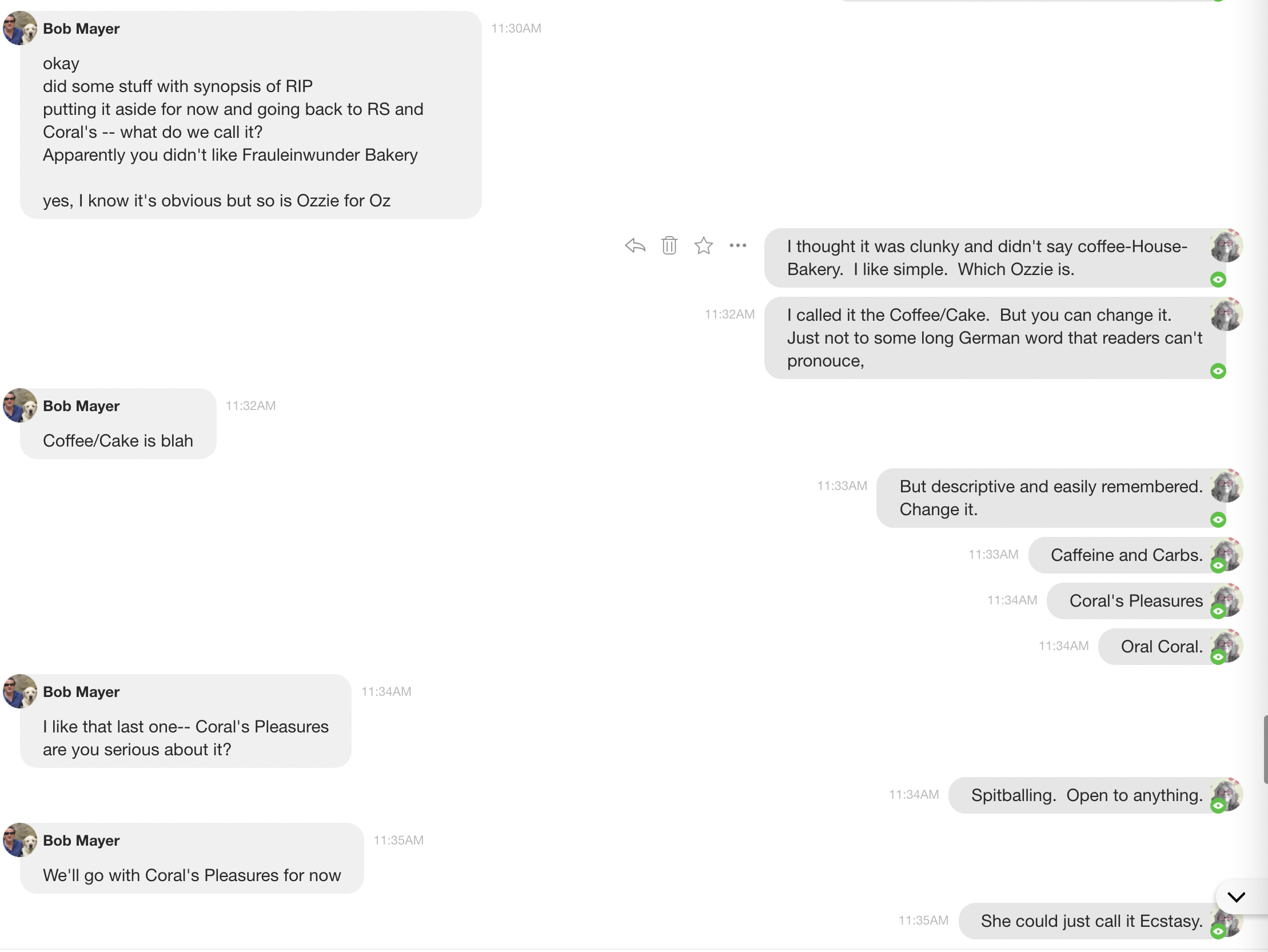 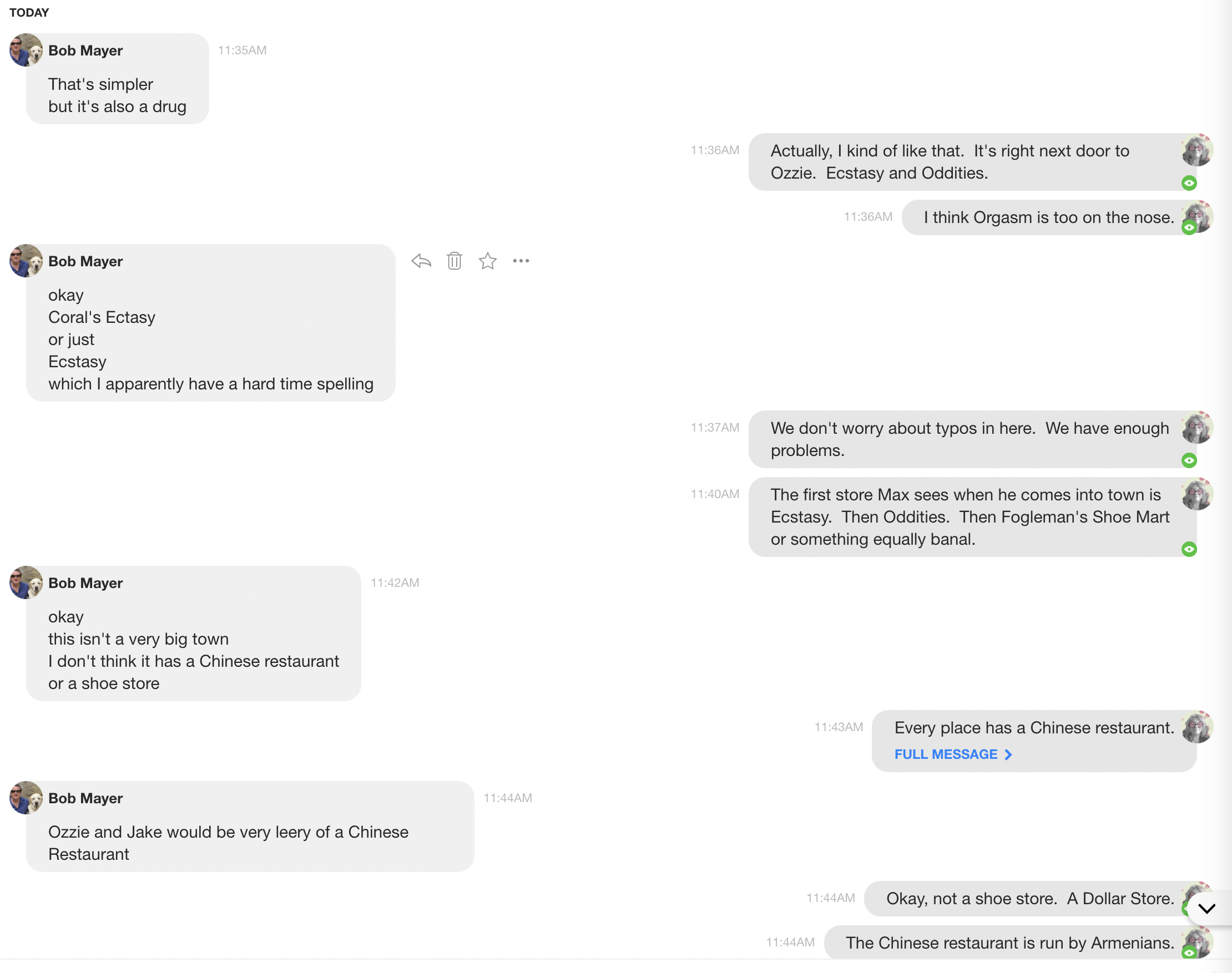 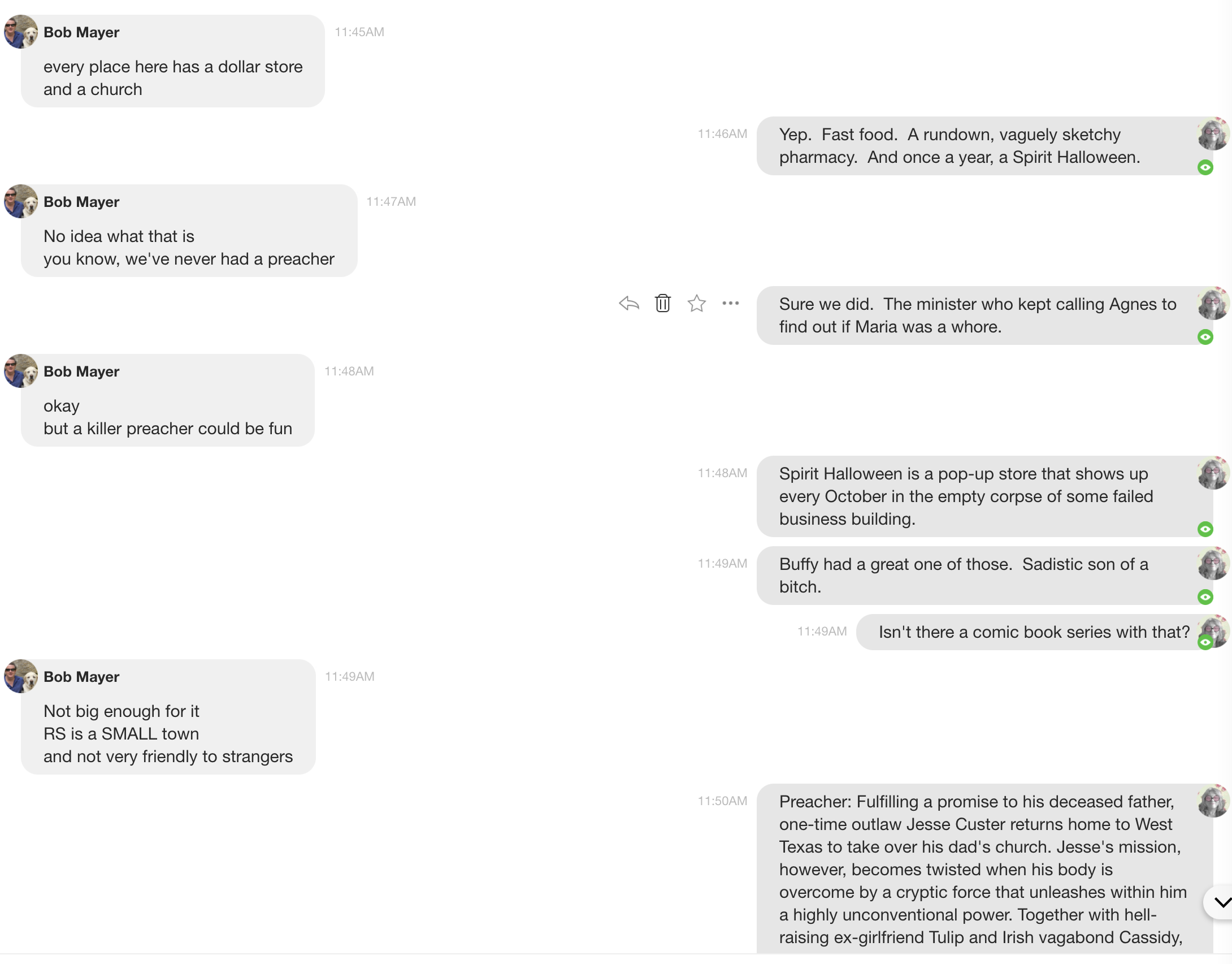 You know, it occasionally occurs to me that posting excerpts of how we work is not a good idea because you’ll lose all respect for us. Then I remember this blog is almost twenty years old, and any respect for me went long ago. Go ahead, make mock.