So Bob has the master and he’s telling me the scenes he’s adding (which is good) and then he tells me he’s put Rose in a scene when I had her asleep, and it was important that she sleep late.

I may have lost my cool a little bit. It was one of those man vs woman things. There was something about Bob asking me why she isn’t fixing him breakfast that set me off. Bob, as always was patient. And answered with zombies. 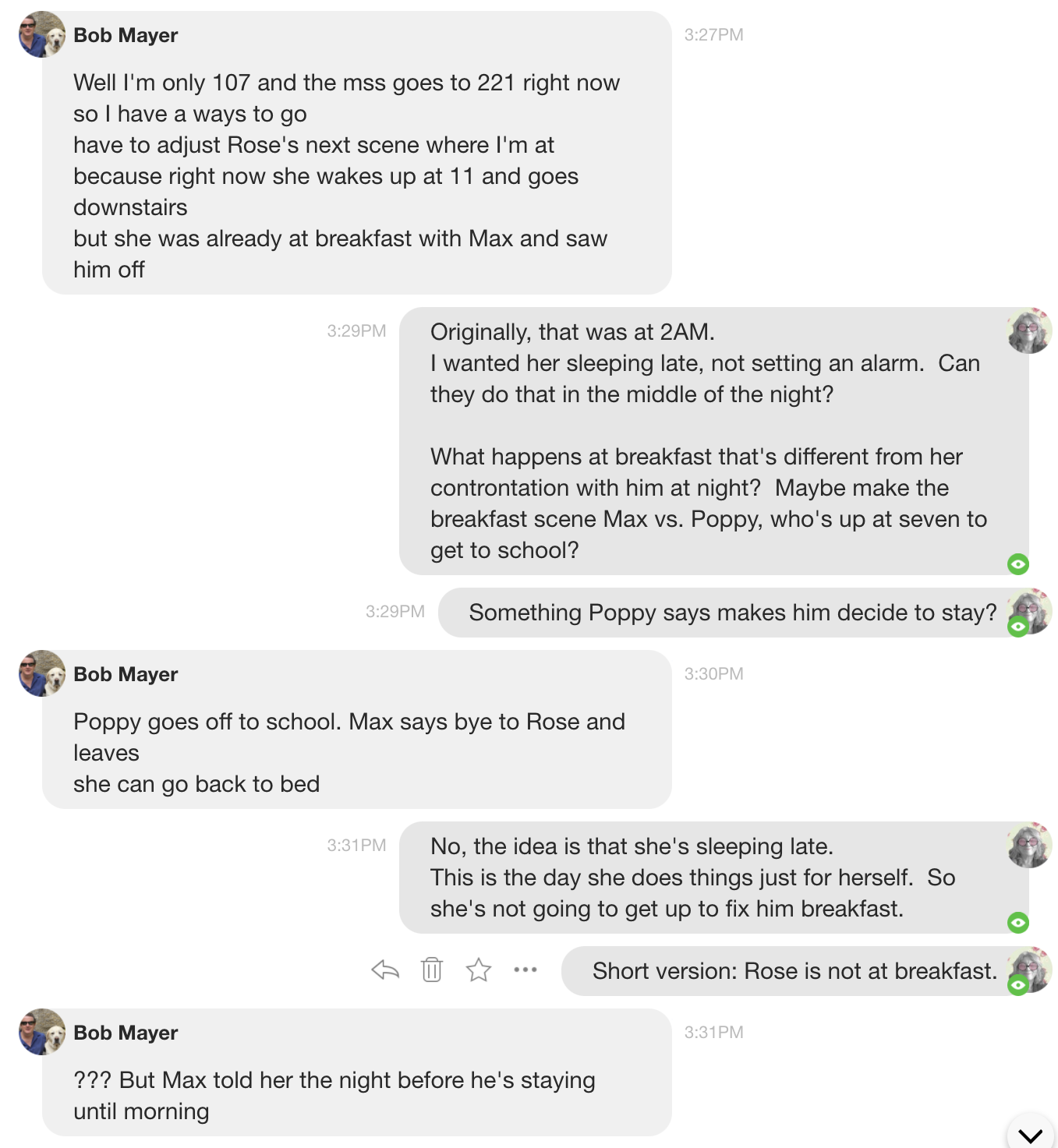 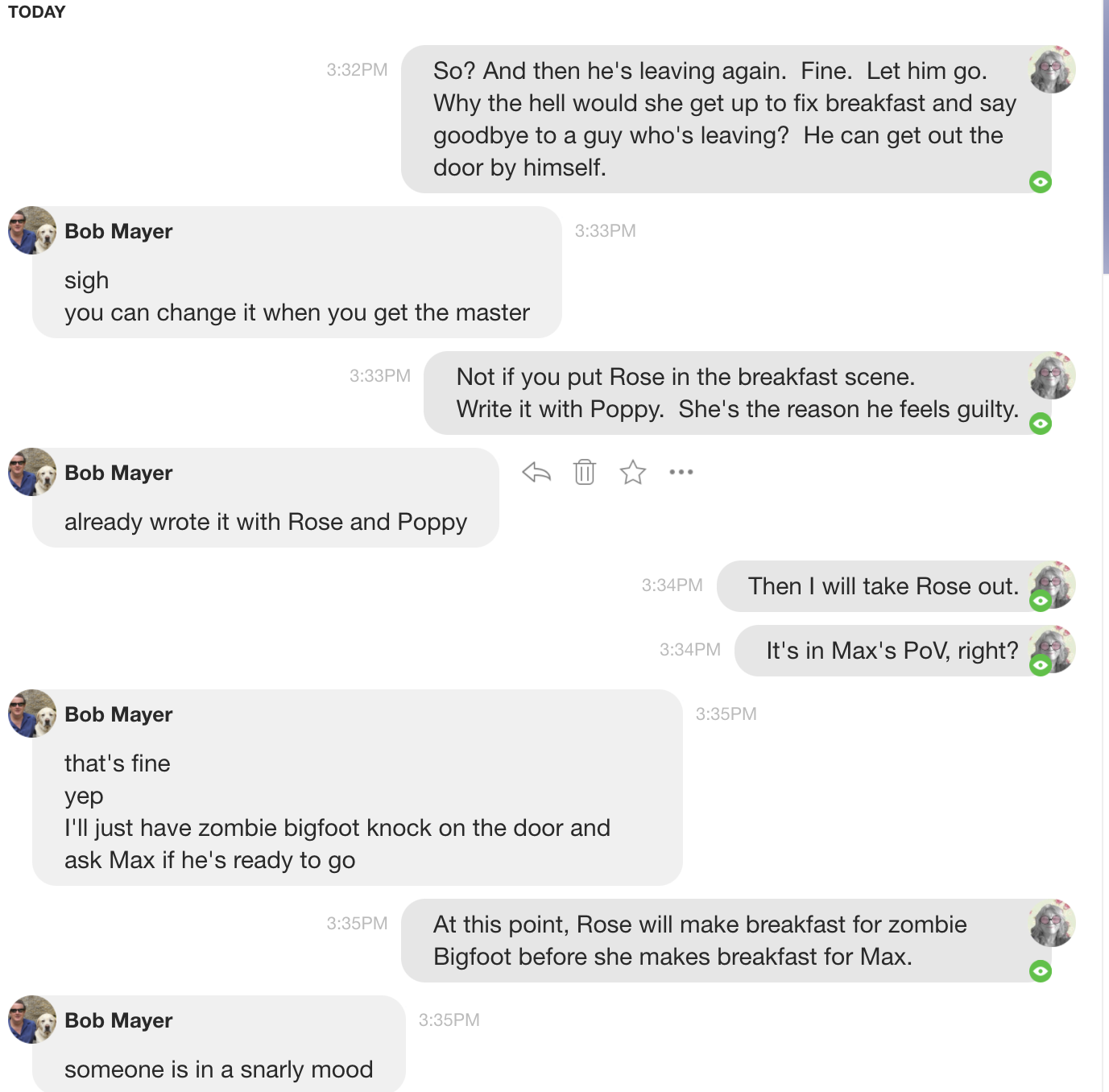 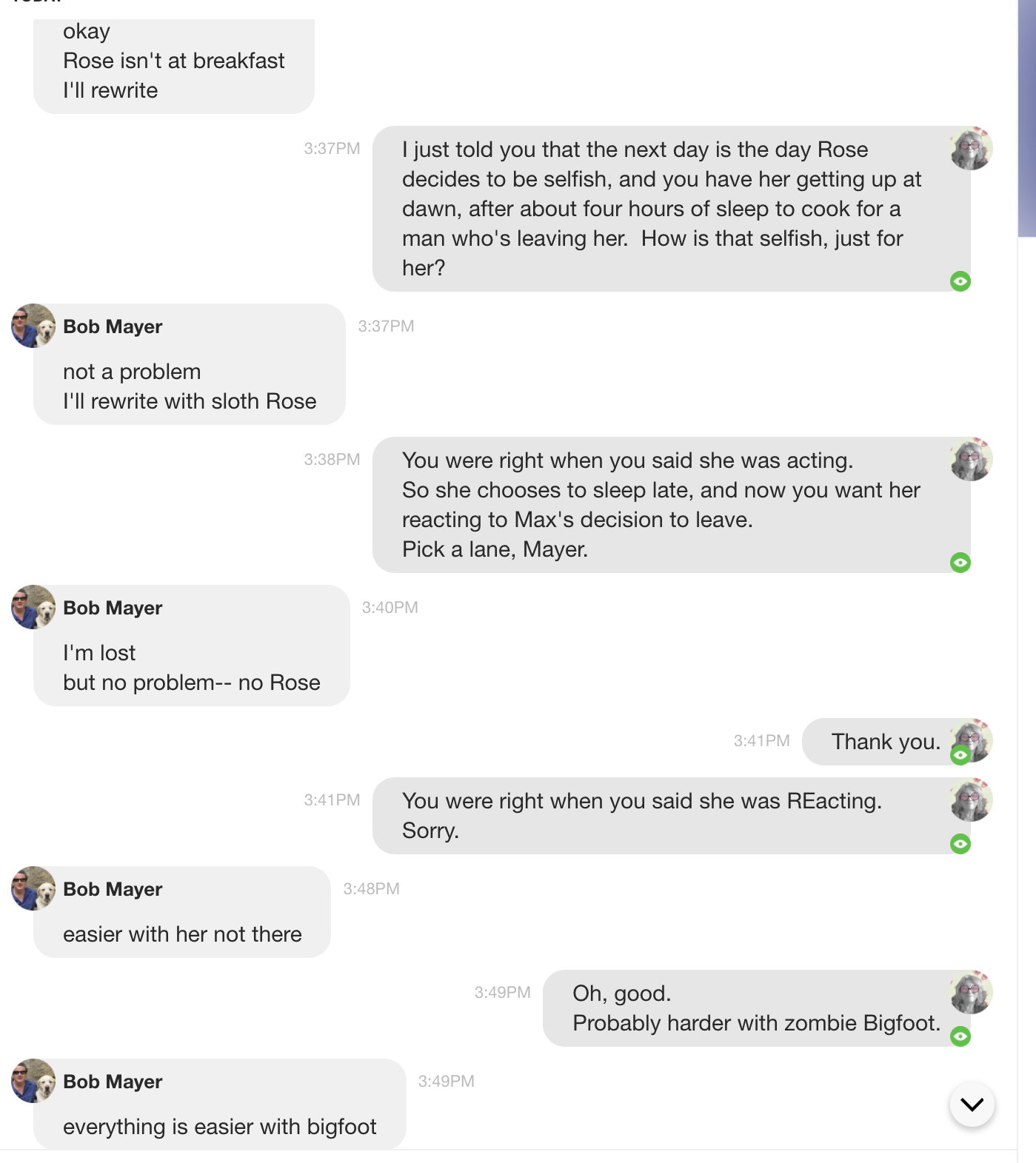 Usually, we’re in sync, but every now and then one of us hits a nerve and the other one gets snarky. It’s a process.