Good news! Bob has given up harassing me about zombie Viking pirates. 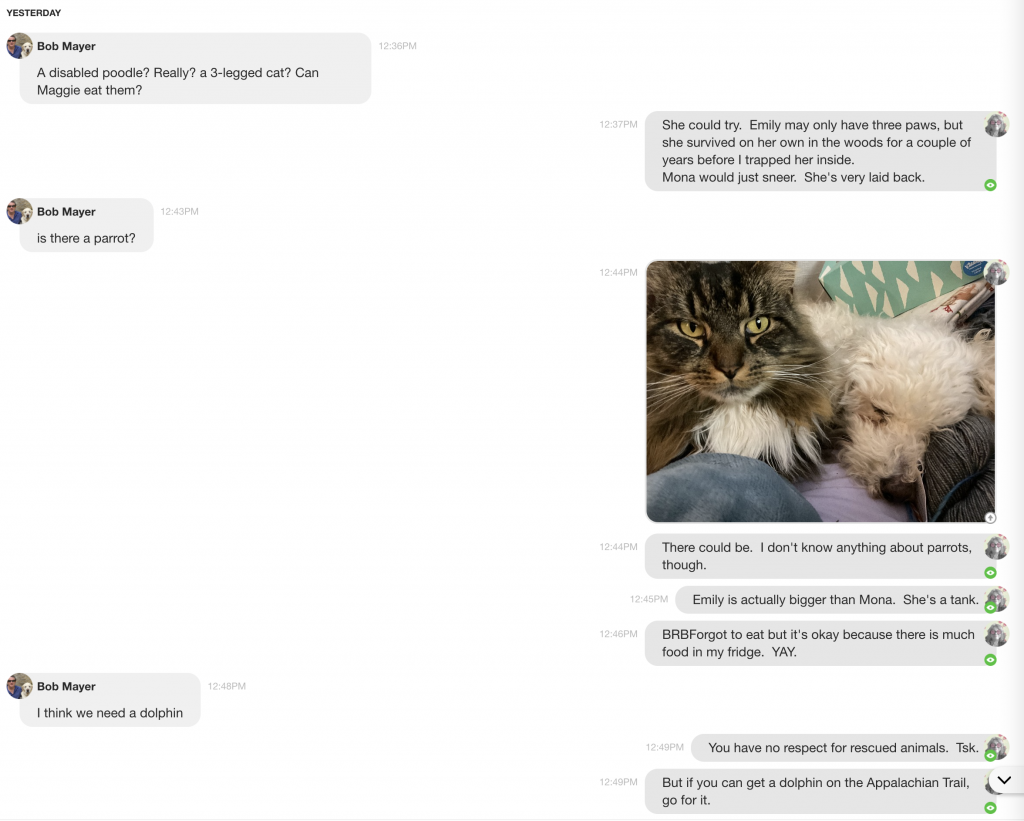 So good news: The zombies have evidently left the building.
Bad news: Now I have months of parrots and dolphins to deal with.

57 thoughts on “State of the Collaboration: Good News! Bad News.”