I’m reading Lavender’s Blue. And Rest in Pink. Bob has One in Vermillion. We’re both sick, not of the books, but actually ill. The idea is to finish all three by the end of the month and then take October off because we’ve read these books so many times that the words just blur together now. Bob has decided our next book is going to be called Zombie Pirates on an Iceberg. I’m so tired I’m considering it. And then there was the magic door he came up with: 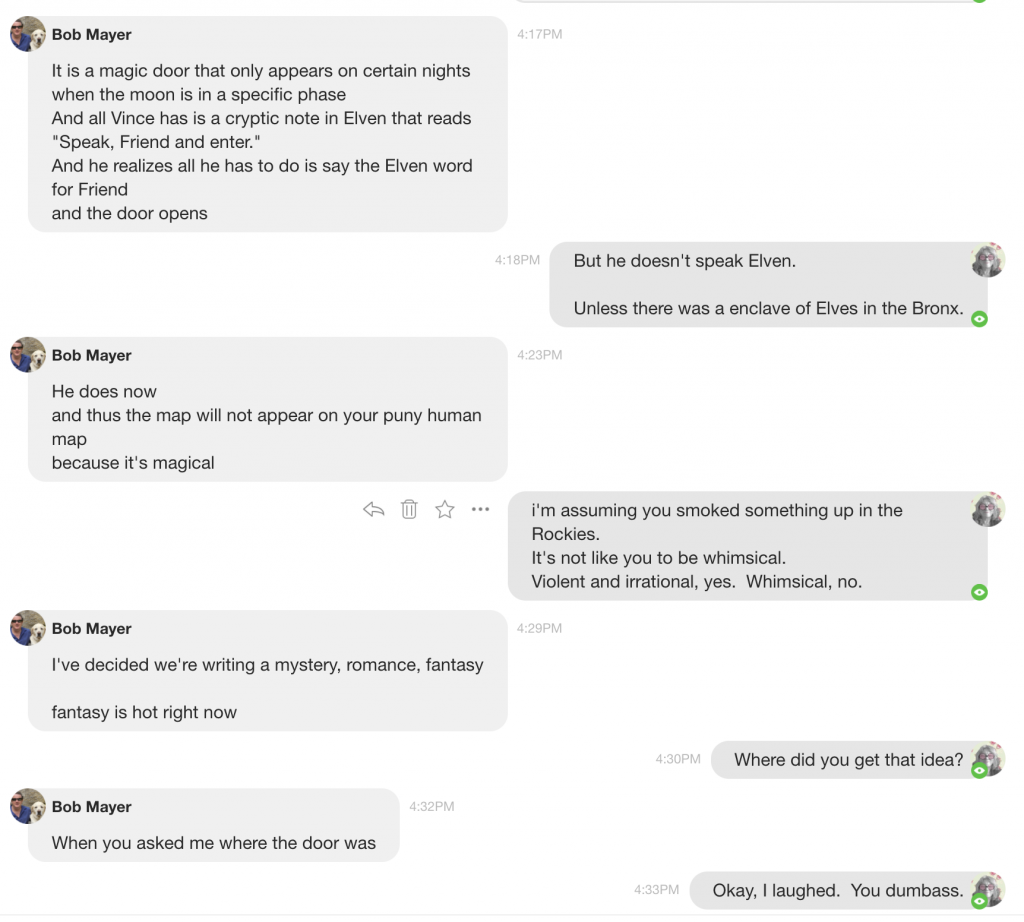 Enough about my problem (Hi, Bob). What did you read this week?