We’re almost there. All my scenes are done and I think Bob has one to go, so now it’s rewrites and clean-up and then we’ll leave it be as we write the next one. If we manage to get all three books done, we can move back and forth among them, shifting details and foreshadowing things, but this one is really strong already. And the next book is going to be a blast. 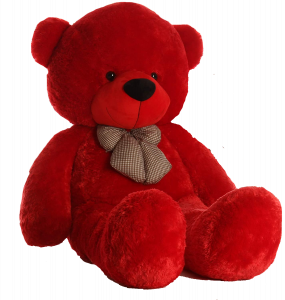 Of course, we hit some problems. Remember the 5ft purple bear? I found one on Amazon but it was red and larger so I changed it to a 6ft red bear ($219), and got an e-mail from Bob that said, “apparently the bear is red now? Well, that just screws everything up.” This from a man who wanted burning zombies. I think we’re just both giddy because it’s done, and we’re starting the next one together from scratch. It couldn’t have been easy coming into a half-done book. I am grateful to Bob Mayer.

The next one is called Rest in Pink, and Liz and Anemone are writing a romance novel, which Liz has to learn to do, so I’ll have a riot with that, paralleling Liz’s romance with Vince since she’s clueless about relationships. I can see some interesting conversations with an appalled Vince. The big scandal in town is that somebody is writing a Peyton-Place-like roman a clef about Burney and posting pieces of it online, revealing secrets and smashing reputations. So that’s two books-within-a-book. (I have no idea if anybody even remembers what Peyton Place was.) So we will have to plot three books, Rest in Pink, Anemone’s romance novel, and the roman a clef and find titles for the last two. I like Rosanne Cash’s “Burn Down This Town,” so that might work for the roman a clef. Anemone has decided to pull from her romance-laden past for her book that Liz is writing and swipe some things from Liz’s relationship with Vince, so that will be fun. And then of course there’s a murder but it’s somebody we can spare. Nothing but good times.

But the big news is that we will have a finished discovery draft very shortly. Like by tonight. Cue the Snoopy dance.