We’re heading into Act Three which will be done definitely by the end of the May, and I’m thinking we’ll actually have a complete rough draft including Act Four done by then, emphasis on the “rough.” The problem is that it’s a real trial for Bob to write a book with a small body count. He wants to blow things up. As I told him once a long time ago, romance readers do not want to read about people dying. They get attached to characters. To which Bob replied, “Then stop giving them names.”

He’s doing pretty good these days, aside from his preoccupations with zombies and a river that burned in Ohio in 1969.

Please note, the images below have been edited to remove spoilers, along with evidence that we don’t know what the hell we’re doing. 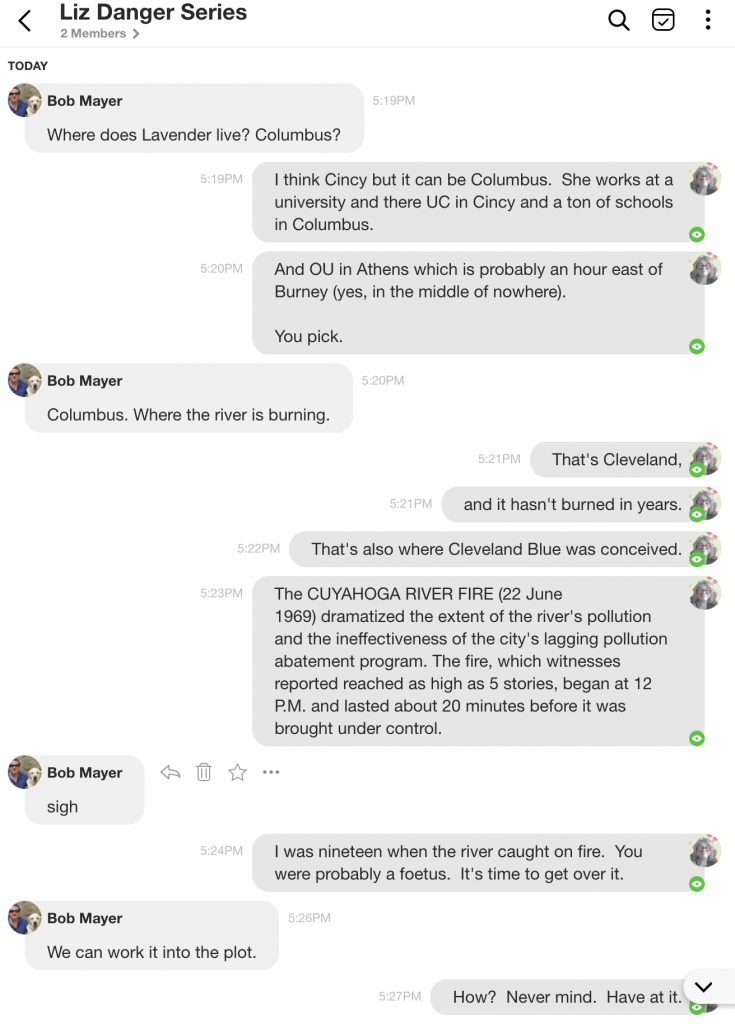 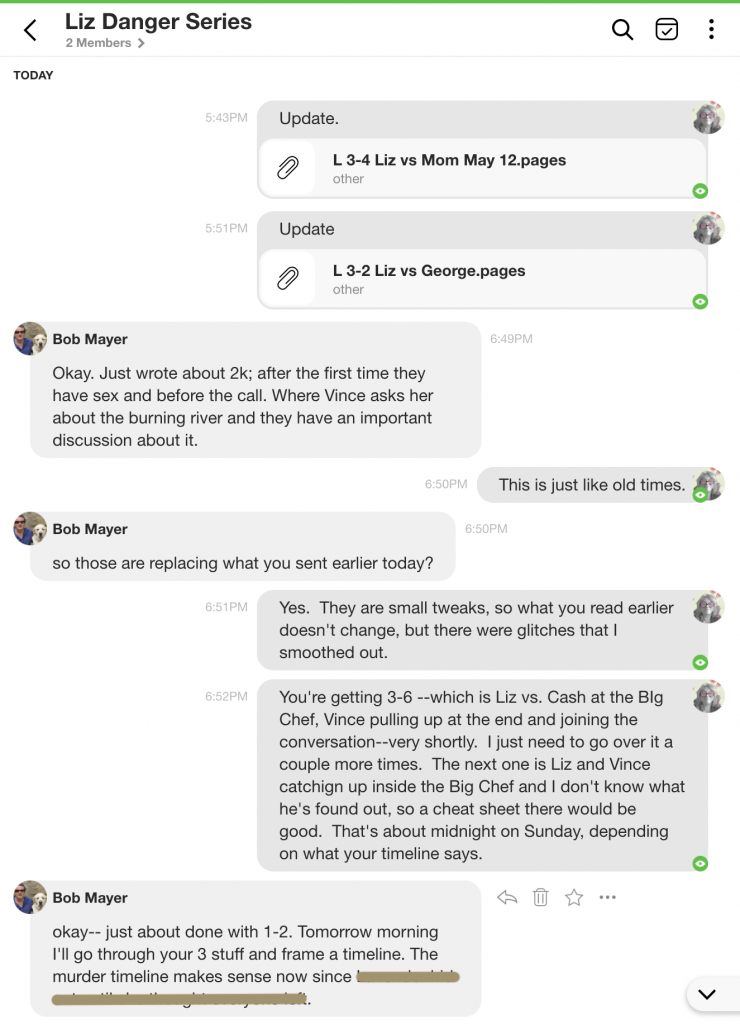 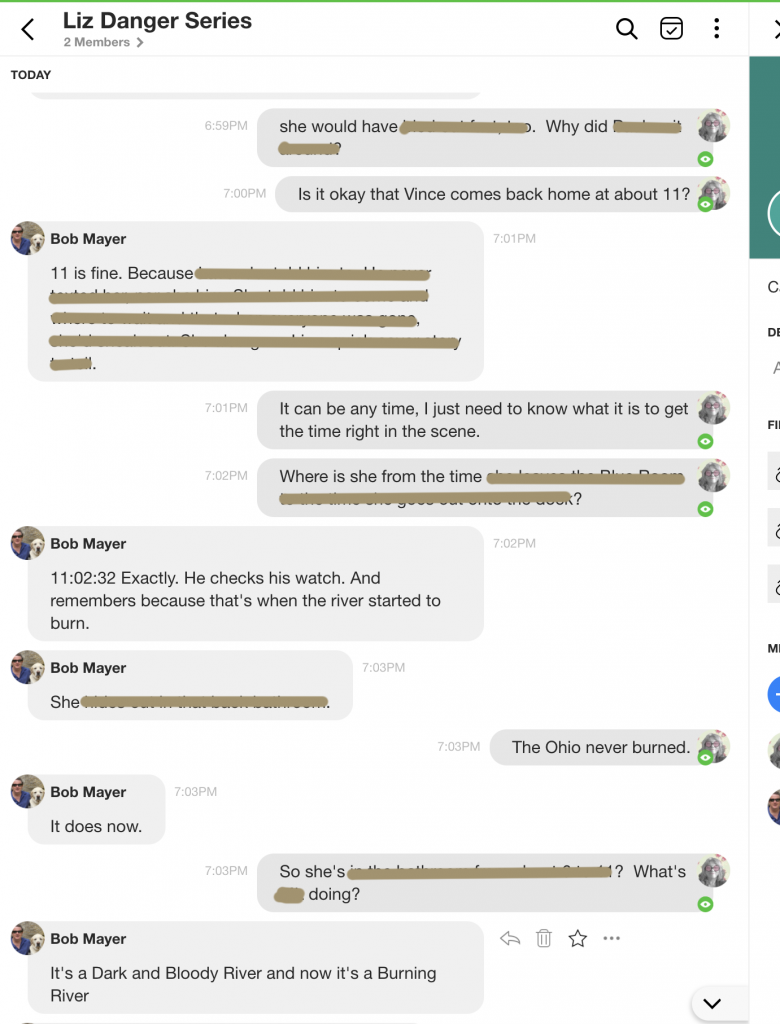 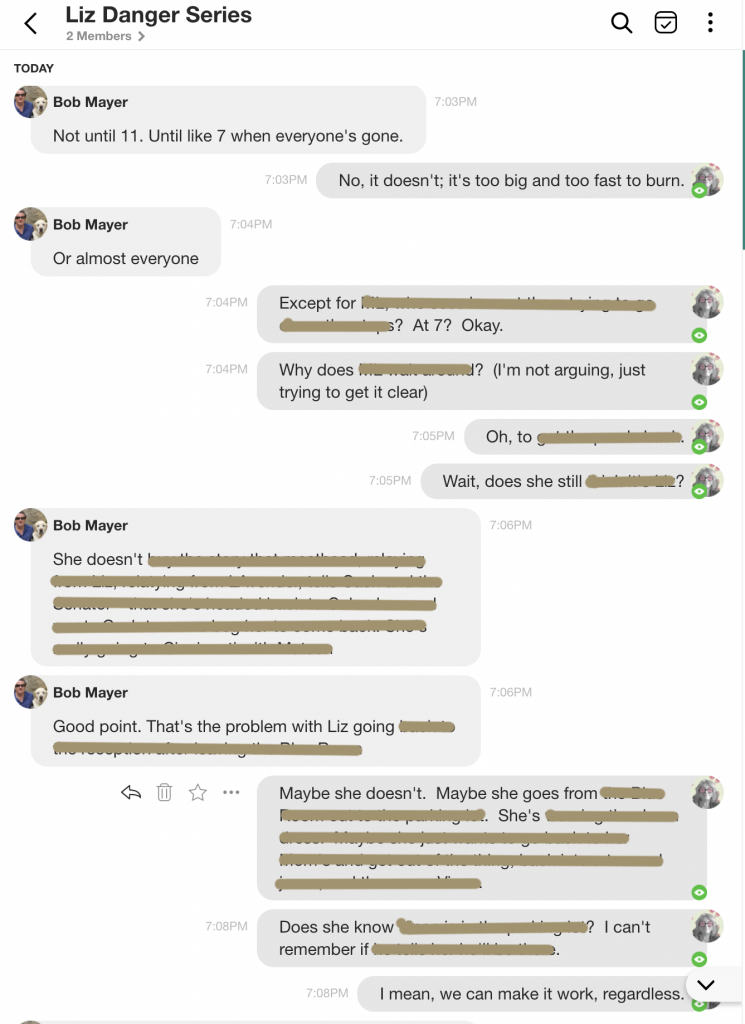 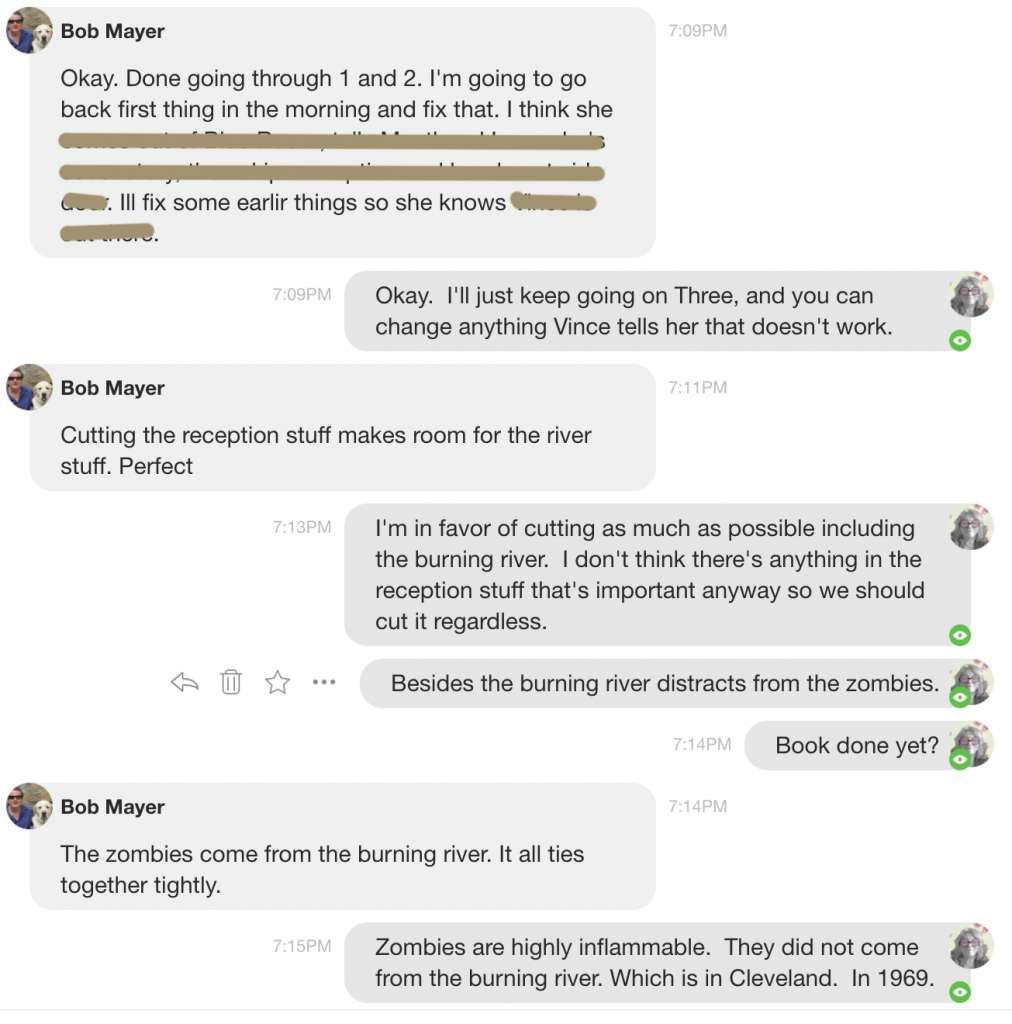 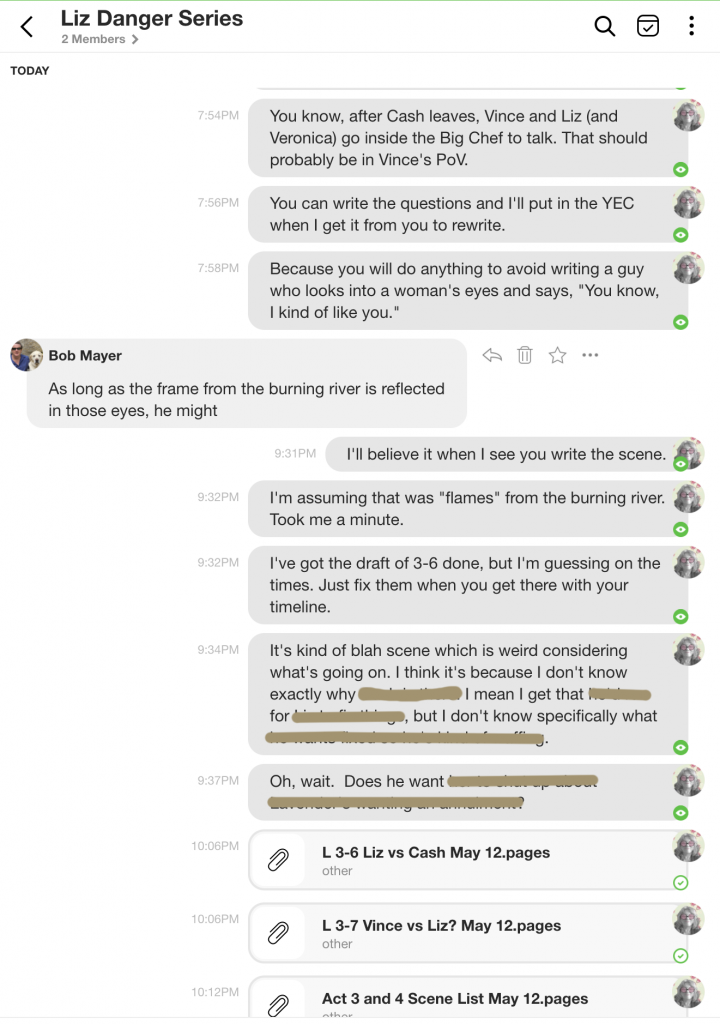 So now I still have two scenes to write in Act Three, one major multi-character blow out scene, and one turning point scene I already have written someplace and then I’m done with Act Three until Bob comes in and tells me he’s moved the whole story to Virginia because he wants a civil war reenactment in it with zombies. I’m just saying, I don’t get nearly enough credit for putting up with this stuff. Thank god he’s a good writer and keeps me focused on the book, when I’m not cutting the parts about the zombies and the damn river fire. The Ohio FLOODS, Bob, it doesn’t BURN.

62 thoughts on “The Zombies and the Burning River: Why Collaborating is Not for Sissies”