Bob and I are trading the master back and forth. To show the depth of our intellectual discussions as we craft this masterpiece, there’s a scene where Vince and Liz are in bed, and he gets a call to go catch a dangerous speeder who’s endangering the populace. Bob was in Vince’s PoV and he said it took them a minute to get dressed and into the Jeep. I changed it to five because who the hell takes a minute to put on underwear, jeans, a T-shirt and shoes and get into a car? He changed it to two. And then this ensued: 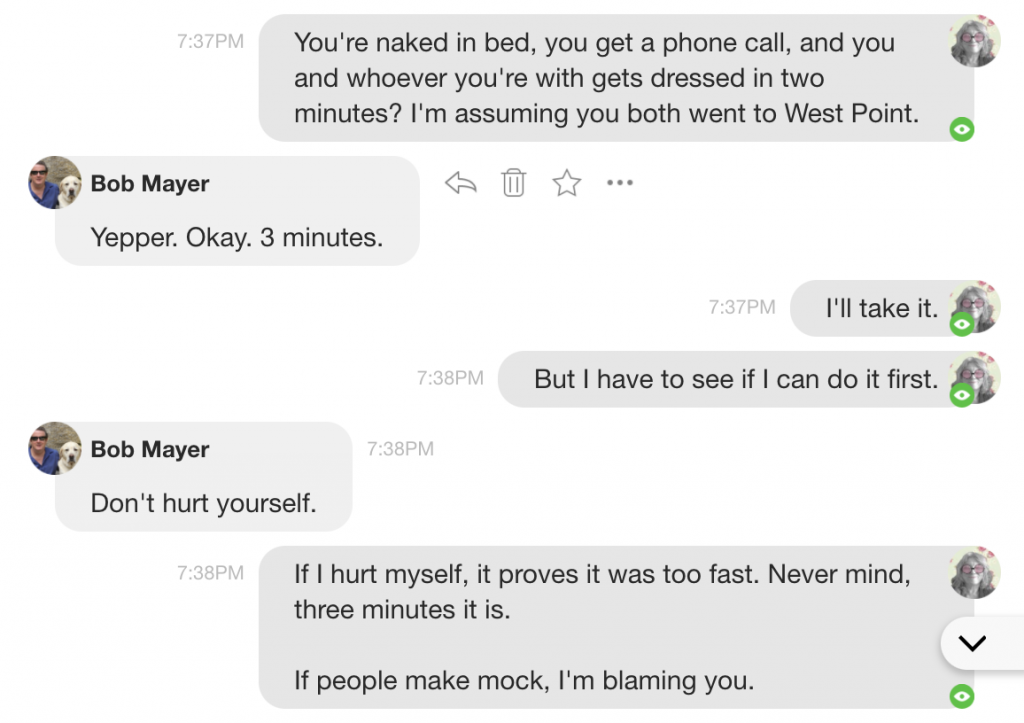 So now I’m wondering if I’m wrong about three minutes. Obviously Vince can get dressed at the speed of light, but he’s not dealing with a bra, either. She’s in a tee, jeans, underpants, bra, and shoes that I never specified so they’re slip-ons of some kind. She’s thirty-three so she’s spry. And she’s in a hurry. So maybe it is two minutes.

Settle this for us, Argh. How long does it take her to get dressed and into the car?

47 thoughts on “How Long Does It Take To Get Dressed?”