In Lavender’s Blue, Liz wears a lot of t-shirt, in fact, she collects them. I’m obsessive about the details in my books, so all of the T-shirts have to be real, preferably something I own. There are many fine ones, but this might be my fave: 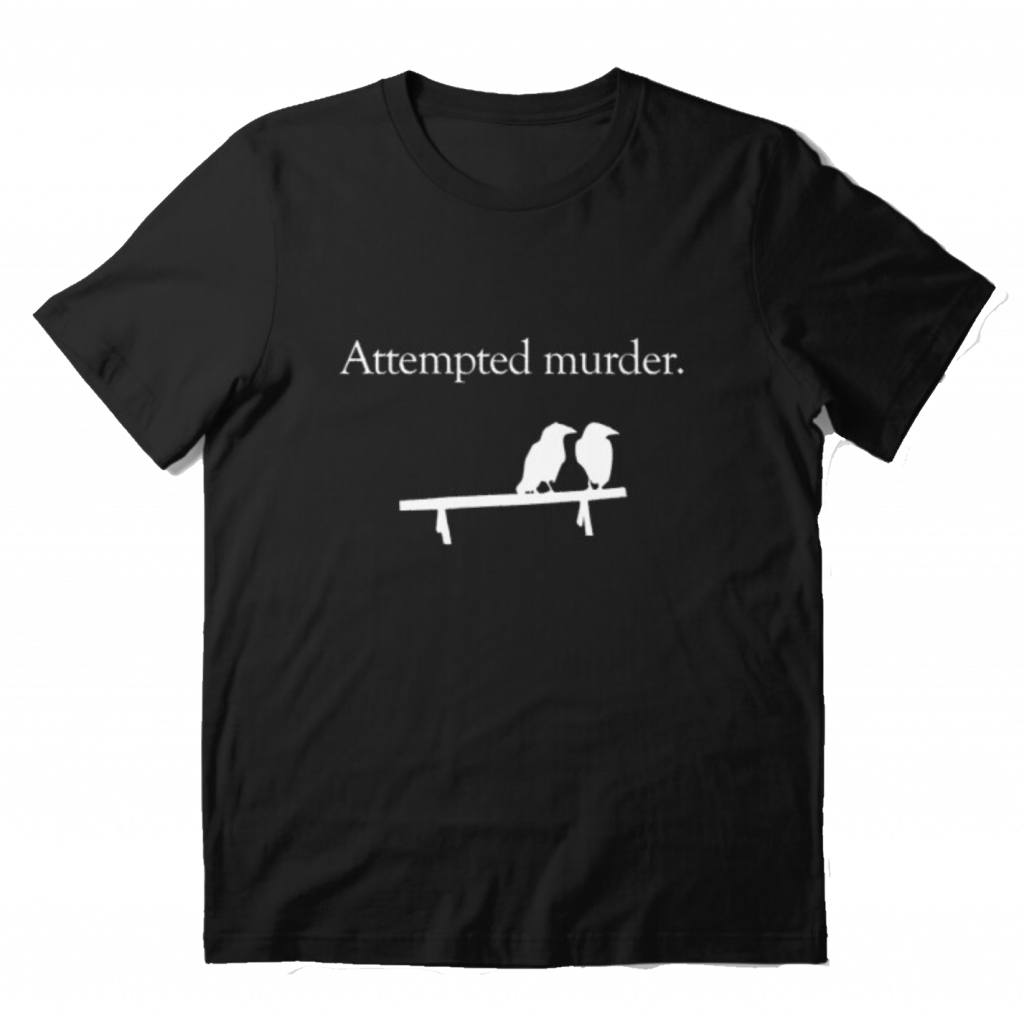 It’s because I’m a word freak, but I’m good with that.

What covered you with happiness this week?

[If you’re not a word freak, the joke is that, like a lot of seagulls is called a flock, a lot of crows is called a murder, but there are only two crows here so it’s . . . . Well, I love it.]

105 thoughts on “Happiness is Great T-Shirts”