I have had a taxing winter and it’s not over yet (for one thing, I still have to do my taxes). These are the some of the thoughts I had this weekend. They’re not deep. Feel free to skip.

Driving a new car is weird. I dashed into Home Goods to pick up a rabbit–there are going to be rabbits in Haunting Alice and I really liked this one, he has a stony-eyed look that fits the story–and then went back out to the parking lot and realized I had no idea what the car looked like. Well, it was black, but beyond that? A small SUV? Maybe. Thank god for dealer plates. It was the only way I found it.

I was looking for the numbers for the house (I’d bought them long ago) and finally found two 2’s, one four inches and one five, and suddenly the whole thing wasn’t boring any more. I found a four inch 9 at Home Depot, so now all I have to do it put them together and spray them blue. And glue them on to my mailbox. One damn thing after another.

I need bumper stickers for this car so I can find it in a parking lot, one each front and back. Amazon has stickers that you can put anything you want on. I could get one that says “Nothing But Good Times Ahead.” And send one to Bob that says, “We’re All Doomed.” He’d like that. I like “Destroy the Patriarchy, Not the Planet” but it’s in wimpy light aqua. “Please Be Patient: Student Driver” appeals. I love “Make Orwell Fiction Again,” but maybe it’s too elitist? Do I care? “I want gay married couples to protect their marijuana plants with guns” is good except for the “guns” part. “Republicans for Voldemort” is another good one. Then there’s the “I used to be cool” now on minivans nationwide. One I’m REALLY tempted by: “I’ll Believe Corporations Are People When Texas Executes One.” I also like “Jesus would slap the shit out of you,” but it’s more aggressive than I want on my car. Sigh. Must keep looking.

I just downloaded several different versions of Alice in Wonderland including the movie with Johnny Depp. So I will be reading Alice, watching Alice and reading about Alice. I have no idea how that’s going to work into Haunting Alice, but the Girls seem very sure, so here we go.

This new car thing is very weird. I was in a drive thru and suddenly remembered I didn’t know how to roll down the windows yet. Fortunately, it was similar to the Prius, but still. I really have to go back to the nice salesperson and let him show me the car the way he wants to.

Putting up a mailbox is not fun. Putting mismatched numbers on said mailbox is a blast, but the actual construction? Not so much.

I’m trying to find the title to Agnes, a car I bought sixteen years ago. I have found my first two diplomas and my divorce decree, so there’s that. A defunct will. A bunch of notes that are so obscure I’m not sure what they’re for (definitely not for a book). A nice Vera Bradley folding file. The manual for the stove I torched. It’s a real memory lane here.

[Much later] I went with two mandalas for the front and back windows and a red and blue “Make Orwell Fiction Again” for the front bumper and “Clowns/Jokers” from Zazzle for the back bumper because I googled and found out that you can choose lower shipping than their default. I also got the “In my defense” sticker as back-up. I’ll find something to do with it. The stickers won’t get here until March, but these are not emergency bumper stickers. If I can’t find the car with all of that, I’ll tie a Cthulhu doll to the antenna. If the car has an antenna. 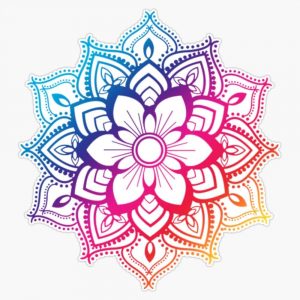 OMG, Amazon has multiple Cthulhu dolls including a rainbow baby Cthulhu which is just all kinds of wrong. Off to find out if my car has an antenna. (After googling.). Evidently car antennas are a thing of the past, like GPS and CD players. This is what happens when you don’t buy a new car for sixteen years. (I miss you, Agnes, you were a good, good car.). But I want a Cthulhu for Nita (I was going to add “Nita the car, not Nita the book” and then I remembered Cthulhu is all over that book and now it’s a creative imperative). So I went to Ravelry and found this guy:

Perfect size for the dashboard. I’m feeling much better about this car. I just need it to be more ME.

And then I went back to Amazon and ordered a window sticker for the back window just because it was haunting me. I know I already had a mandala for back there. But there was just something about . . . 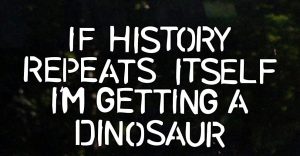 I’ll sort it all out when everything gets here. But I will definitely be able to find the car come March.

I told Krissie I was going to call the new car “Nita” in order to inspire myself to finish the book and get the money to pay for her. This e-mail exchange followed:
Krissie: I think you should call Nita Maleficent. Calling it Nita might curse it.
Me: And Maleficent wouldn’t?  “I’m sorry I can’t leave the house today, my car is out cursing a newborn.”
Krissie: Oh, yeah, good point.

Just found a great T-shirt: “There are two types of people in the world. 1. Those who can extrapolate from incomplete data.” I want it, but I’m on a strict budget now because of a new car. Rats.

OTOH, I’m going to the grocery now, and I’m fairly sure I’ll get there and back alive because this car has more safety features than a nuclear power plant. Car Nita wants me to survive, just like Book Nita wants people to be safe. I’m starting to think this was meant to be. (Yes, Jenny, a sixteen-year-old car in the northeast of the USA rusted out to send you a sign.) Whatever, I’ve decided I’m going to enjoy having a new car. And finishing the rewrite on Nita. It’s a plan.