My therapist, who is generally a goddess, makes me crazy by quoting Shel Silverstein’s poem about Melinda May and her damn whale. (Don’t get me started on what happened when Jamie (said therapist) made me read The Body Keeps the Score. Her reading lists are from Hell.) 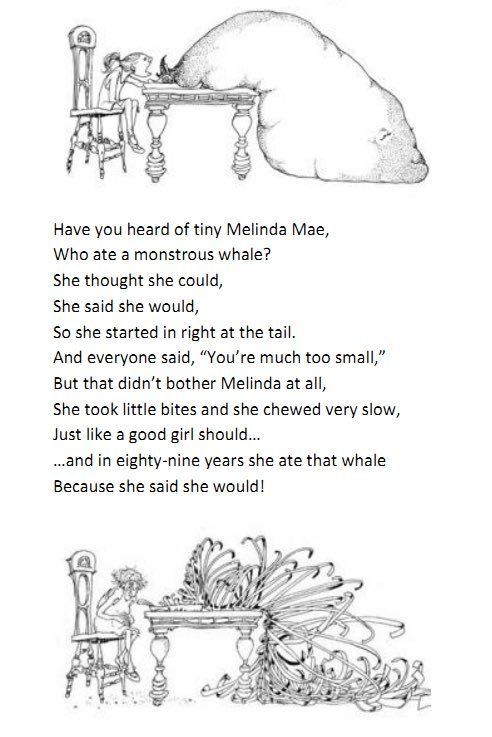 Unfortunately, Jamie and Melinda May are right. The key is to achieving your goals is to keep taking little bites. (Jane also said this yesterday in the comments, which made me think of Melinda May, so she inspired this post, blame her if you don’t like me repeating the theme from yesterday.).

So I’m working on two sampler blankets and enjoying the hell out of them because I only crochet a square or hex a day, just to relax, unless I get into it, in which case, Katie bar the door, we’re crocheting for hours. Plus I’m doing crochet-alongs on Ravelry–one on a different yarn each month and one a scavenger hunt like Park and Shop with hooks and needles. If I don’t do a month, nobody cares. It’s perfect.

And I’m working on something with writing every day, just for fifteen minutes, unless I get sucked in, in which case, I could finally. get these books revised/finished/out the door. But there’s no pressure because people gave up on me producing anything long ago and forgot I existed, so I’m blissfully writing for fun. I got a bag for Christmas that says, “Write Drunk, Edit Sober,” and while I generally don’t drink anything but straight Diet Coke, I consider the writing-off-the-top-of-my-head, don’t-look-down, discovery and recovery drafts the same as Drunk Writing. It’s fabulous.

And the when-I-get-time project I completely abandoned–putting the blog posts back up that I took down after the hack–I’m now looking at doing by rescuing or deleting one draft post a day. There are 2,134 posts in draft stage, so it’ll be awhile, but there’s no rush. One-thousand twenty-eight published, and I could probably get rid of some of them, too. This blog has been around for YEARS, stuff accumulates. The thing is, some of this stuff is really good. Some of it is garbage and can be deleted, but that’s fun, too. Plus if I start going through the Questionables and writing posts, maybe I’ll start organizing that writing book. You know, when I feel like it. It’s not a RESOLUTION, for god’s sake.

And then there’s throwing physical stuff out so we can move through the house again. The dogs and cat would be so grateful. That’s along with all the miscellaneous stuff I put in the Sunday Happiness post. Good times. The important thing is, none of these things are resolutions. They’re plans. They END when the goal is achieved. I mean, not even Melinda May, that little psycho, made a resolution to eat a bite of whale every day for the rest of her life. It just worked out that way.

(I have questions though. How did she keep the whale fresh? What size is her freezer? Did she spatchcock it? Bring a local butcher in to carve it into steaks? I ask because she’s got the denuded skeleton there on her plate, and how did she get it that clean? That’s a lot of bone chewing. Of course, she could have boiled it to make whale broth, but where did she get a pot that size? I call shenanigans.)

So plans. Big plans. No resolutions. We’re not making big life changes, reality is doing that for us. (I’m speaking of me and Veronica and Mona and Emily. That’s not a Royal We.) We will not be biting off more than we can chew and swallow.

40 thoughts on “Melinda May Can Kiss My (non)Aspirational Plans”