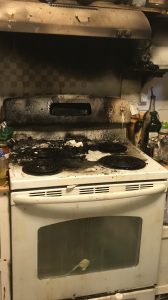 The good thing about bad things is that they make you appreciate the good things.
My kitchen caught fire, but everybody here is happy and healthy and I’m slowly getting a clean house out of it, and, oh, yeah, I didn’t die. That’s a lot to be happy about.