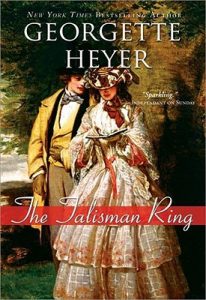 When interviewers used to ask who my inspirations for writing were, I’d say, “Georgette Heyer and Dorothy Parker.” I think that’s still pretty accurate. I loved the liquidity of their writing, the smooth flow of words that let the emotions flow through, the fun of the story over the depth of the meaning. And I loved their humor, not obvious slapstick jokey stuff but subtle plays of language and character, the way they both looked clear-eyed at the insanity of their societies. The difference between them? Parker was acidic, scathingly funny in her indictments but with a sharp edge. Heyer was softer, wrapping everything in the promise of a happy ending for her emotionally healthy characters. They both wrote at roughly the same time although Heyer set her romances in the past, but Parker sat back with her cutting edge while Heyer leaned in and laughed her way through bouncing love stories. I wondered at one time if that wasn’t because Parker was American and Heyer was British, but I’m sure it was also just part of their personalities. Somebody once described Parker as a cross between Little Nell and Lady Macbeth, while Heyer always seemed to me to be the embodiment of one of her book titles: a Lady of Quality. Of the two, which one do I reread? Heyer, of course. If I’m needing a reread, I want that happy ending.

Georgette Heyer wrote her first novel at nineteen and never looked back. At twenty-nine she decided that publicity was a waste and stopped giving interviews; my take on that is that by then everybody knew who she was since she was immensely popular. In 1932, she wrote her first mystery, Footsteps in the Dark, which she later asked her publisher to stop reprinting because she didn’t like it. (I would stop Sizzle from being reprinted if I could [I can’t] so I have big Heyer envy here.). Or as Heyer put it, “I do not claim it as a major work,” which is reassuring because it’s the one mystery of hers I don’t like. She also wrote a book she knew her publishers would dislike–Penhallow–because she wanted them to refuse it to get out of a contract (this is a bad idea). Aside from those two, Heyer is a reliably good writer, and an especially good reread.

My favorites have fluctuated over the years, but for right now, in no particular order . . .

The Grand Sophy will always be on my faves list, with its spectacular protagonist (I named the heroine of Welcome to Temptation after her) and nicely twisty romance plot. Mostly it’s great because Sophy is so active and Charles is so strong that their conflicts are always between two equals. Plus there’s the family of vivid personalities and that need to see things put right for them, which Sophy sails in and does with great flair. Big caveat: There’s a scene of rabid anti-Semitism when Sophy goes to see a money-lender to save Hubert; I skip that part. The rest of the book is pure gold, especially Sophy’s Rube-Goldberg plan to rearrange all the romantic entanglements at the end. It also has one of my favorite romance lines of all time, underscoring the unspoken romance between Sophy and Charles; when a friend of Sophy’s says, “. .. heaven preserve me from marriage with her,” another friend says, “If heaven did not, I fancy Rivenhall would.” It’s that kind of observation from outside that reinforces how strong the attraction is.

The Talisman Ring is a romance that puts the young, gorgeous, romantic couple in the subplot and focuses on the older man and woman who have lost their illusions (the woman cheerfully embracing her freedom) and then find their soulmates in each other. The story is full of adventure with Heyer’s usual great and varied characters including a great Bad Guy, but it’s the wit and intelligence of the romance between Sarah and Tristram that brings me back; his proposal at the end is one my favorites; her reply to that proposal is my absolute favorite.

Cotillion is fun to read unless you’re a romance writer; then it’s a revelation and a role model in how to arc a love story. Kitty is in love with her cousin Jack, but . . . you know what? If you haven’t read this yet, I’m not going to give anything away because the thing I remember most about the first time I read this is that I had the same emotional arc that Kitty did as she fell in love. And the book has another Heyer perfect ending.

False Colours is about twins (I know, I know), one of whom goes missing right before his engagement party, so his brother, identical in almost every way, steps in and meets his twin’s fiancee in the midst of her family, fast on his feet because he’s smart, careful, and a diplomat. Problem is, the fiancee is a darling and not at all sure she wants to marry the twin until she meets our hero . . . It’s one of those stories that could be a Big Misunderstanding and never is because Kit and Cressy are too smart for that and too good for each other. It’s another in the Heyer series of quiet lovers; while drama rages around them, they just look at each other with clear eyes and fall in love.

Fredrica has one of the best subtle romance arcs I’ve ever read. Our heroine is trying to get her extremely beautiful younger sister into a secure marriage, and calls on a distant relative (very distant) in hopes that his wife will introduce the sister to society. Unfortunately for her but fortunately for the plot, the distant relative–handsome, powerful, and rich as all hell–is not married, but fortunately his encroaching sisters have been pressuring him to give a ball for their daughters; one look at the lovely little sister and our hero agrees to help as payback to his sisters since the younger sister’s extraordinary beauty will dominate the ball. It’s a thin-end-of-the-wedge plot; once he says yes to the ball, he’s increasingly drawn into the family’s turmoil: the youngest son’s thirst for scientific knowledge and experience and catastrophe, the middle son’s passion for horses and over-conscientiousness, the family dog’s penchant for trouble, and the older sister’s . . . well, everything about the older sister. Like The Grand Sophy, this one is all about a big family that just needs a little help. Plus there’s that dog. Any book is better with a dog (see also Arabella).

Heyer wrote over fifty books, bless her, so this doesn’t even begin to showcase her talents. (See The Unknown Ajax, Black Sheep, Sylvester or The Wicked Uncle, Friday’s Child, Venetia . . . ). I highly recommend Georgette Heyer for comfort rereads in romance.