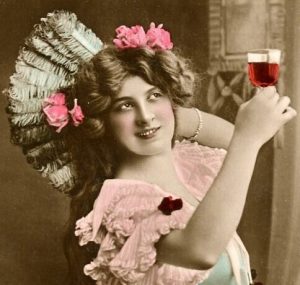 Every now and then I come across vintage images that make me reconsider all my assumptions about the past, that make me realize that not only is the past not stodgy, many of our forbearers were actively weird. My fave is the woman who looks like me sitting on a bed with a bear, but even fairly tame vintage clip art often has an edge of insanity to it. The image at left is from the Graphics Fairy, a great site full of free graphics from the past, but there are a lot more sources once you start to go down the rabbit hole of vintage image, especially if you google for “weird vintage photos.”

This is my fave: 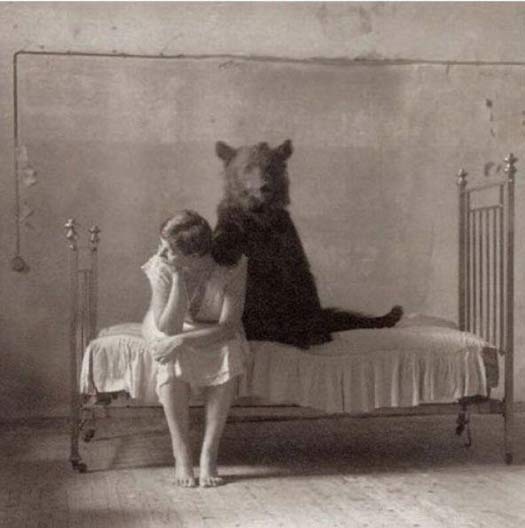 71 thoughts on “Happiness is Vintage Photography”