It’s snowing again. It snowed again yesterday, too. It’s going to snow this weekend. It’s going to snow a lot more at the beginning of next week. I have ordered Cadbury chocolate from England (because England has not screwed up Cadbury the way the US has because, as SNL pointed out, the only thing that still works fine in America is Tom Brady) and Tate’s walnut chocolate chip cookies from Amazon even though they’re a dollar cheaper in my local grocery, which I would have to dig out my car and drive through the snow to get so, hey, an extra buck is fine with me (sorry about that Amazon driver, but since you just leave the boxes on the hood of my car, never mind, I’m not sorry AT ALL), and a heated pad for Emily to sleep on since she will NOT leave the sun porch although she does deign to accept head scratches now along with pricey cat food and a full water dish, and also from Amazon both thick and thin Chop Suey noodles, not for Emily but for me because it’s comfort food time . . .

It’s snowing again. I have a draft post on New Thoughts on Writing Sex Scenes which I might get up tonight but probably not because I will have spent the afternoon shoveling white stuff which is still coming down, albeit not as enthusiastically. In fact, you could call this latest snowfall “lackluster snow.” It’s going to keep going, but it’s not going to be sprightly about it. It’s snow shrugging its shoulders as it falls. Whatever, it’s thinking. Who cares? Even snow is tired of snowing.

I don’t mean to complain (yes, I do, I do mean to complain) but I’ve had enough winter. It’s beautiful and peaceful and I’m sure there are other positive aspects to it, but whatever they are, they’re buried under the latest eight-to-ten inches (man, there are a lot of Game of Thrones “Eight inches of Snow is a good thing” memes), so, nope, not seeing the upside. 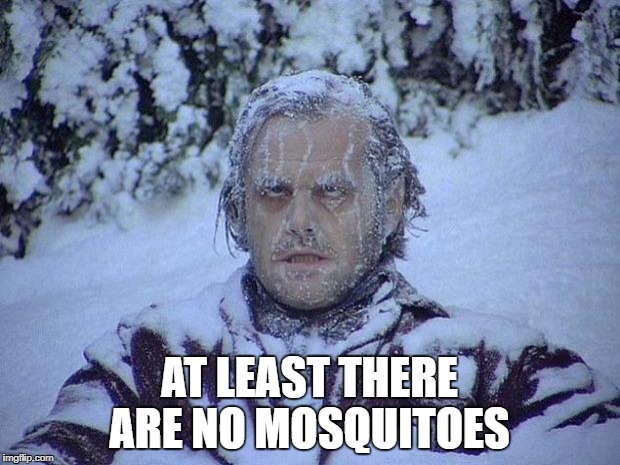