I fully intended to have the entire Act One of Anna up today. Then I got my flu and pneumonia shots and have been flat on my back for three days thanks to what I’m fairly sure is an immune response. I’m getting better every day so I’m not worried, but ye gods I do not want that pain again. I never thought anything could keep me from writing if I wanted to, but when it hurts to move your arms, typing is not fun.

Having said that, obviously I am typing again.

Before the Shot Disaster, I had also managed to do most of a collage, and that really opened up the book for me. It’s still a chaotic mess in my head, but I have a good direction to go in, and I’m loving the characters. I still have to find placeholders for the FBI team and the museum employees, and there are probably at least a dozen more plot objects, but I’ve got the major characters, kind of, and as always, moving them around in the collage has sparked a lot of ideas.

Plus, I’m thinking about how I want to arc this romance, and I think this one’s going to be different, move faster, so I’ll spend more story time with them working together, building the relationship, ditching the will/they/won’t/they because that, while fun, is one of those duh questions. It’s a romance novel, of course they will. In fact, they already have, but that was Lucy and Charlie, so there’s some deniability there.

The other thing is how important the three mystery subplots are, which should be “not that important” since they’re there to justify Anna and Nate working together while working out their differences. But still, they have to make sense, pile on top of each other, have a certain absurdity to them. Somebody dies, but we can spare him, so things never get too dire. This is going to take Psmith level of plotting.

All of which is to say, instead of posting Act One today, I’m writing it.

Here, have an unfinished collage (remember, not an artwork, just a writing tool): 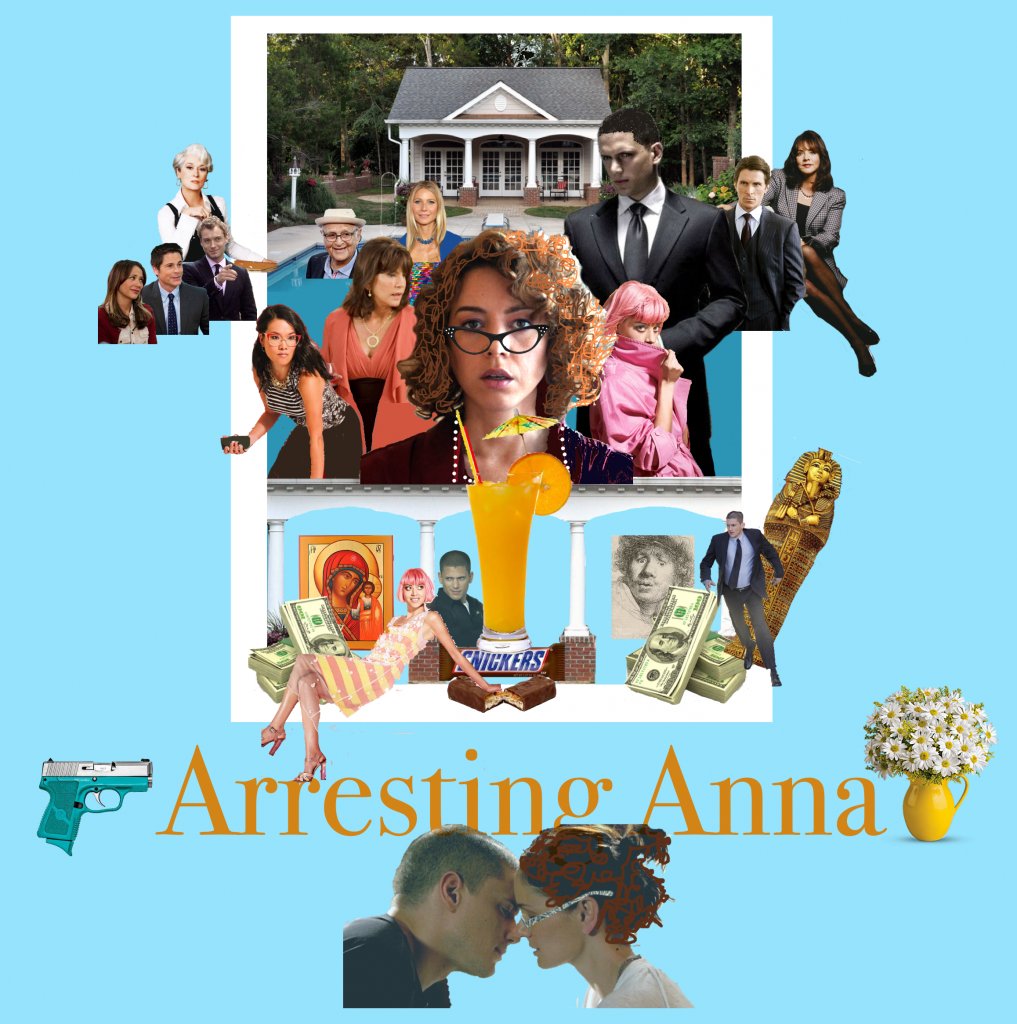