My close personal friend, Patricia Gaffney sent me a gift because it didn’t sell at her yard sale: 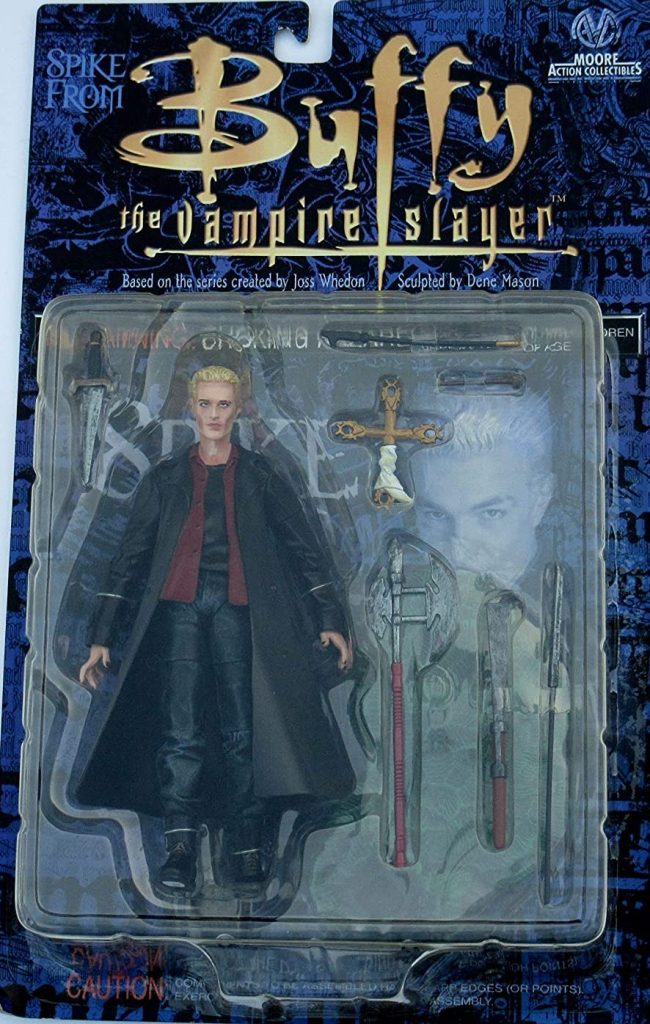 I’m a big Spike fan, so that made me happy, especially because it came with multiple weapons and those cheekbones. Also, I found the picture above of it on Amazon because I was too lazy to take my own picture of it, and it’s forty-four bucks on there because it’s a Limited Edition, so it’s also Valuable. That’s pretty good for a show that ended seventeen years ago.

89 thoughts on “Happiness is a Gift from a Friend”