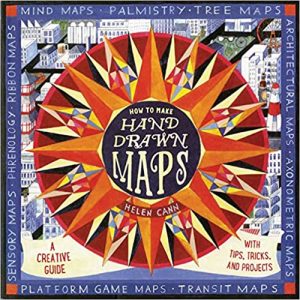 I’m reading Process Not Perfection, which should probably be the title of my autobiography, and How to Make Handdrawn Maps, and a ton of new romances which is making me think I’m not a romance writer any more, and a ton of old mysteries which are reminding me that stories are about character.

What are you reading?