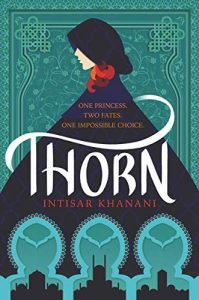 I got sucked back into the Rivers of London series when I realized I’d reread Murderbot too many times. Also a fairy tale novel called Thorn, by Intisar Khanani, which was interesting, distant and cool with a great plot adapted from the Goose Girl. It has that epic distance feeling which is usually not my thing, but it was so well-written that I was drawn in anyway.

What story were you drawn into this week?