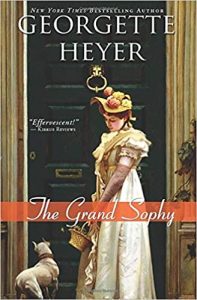 Sarah Wendell has a great essay in the Washington Post on why we’re all rereading right now: our normal way of living has disappeared so we’re constantly adjusting to change. “Everything is new, so everything is exhausting.” Enter old faves. I’ve definitely been plowing through Georgette Heyer again after spending last week with Christie and Stout. I was feeling slightly guilty about it, but evidently back lists are back in demand and fan fiction (more about favorite characters) is booming, so I’m in good company. I did read a couple of new romances, but it just wasn’t the same. I need something familiar wrapped around me right now.

Are you reading or re-reading? And what?