So remember that brilliant idea (really more of a realization) I had going to McD’s for a Big Mac? It’s this:

(For those of you who aren’t familiar with the Five Man Band concept, it’s on TV Tropes, but

The five man band is the Leader, the Lancer, the Big Guy, the Smart Guy, and the Chick. Yes, it’s sexist as hell, but there are no gender requirements, so maybe think of it as the Leader, the Lancer, the Big Person, the Smart Person, and the Person People Like to Look At Who Also Provides the Heart of the Story. Or not. Another Five Man Band I really love is the Leverage Band: Mastermind, Grifter, Hitter, Hacker, and Thief.Those characters also fit the Five Man Band roster as long as you count as a Chick a woman who is also a batshit insane master thief. Calling Parker a Chick is a crime against characterization.

Lily has to be the leader, she’s our protagonist. She’s also the center of the action, she has the reincarnation memories and the knowledge of the museum, and she’s the person that links the five together.

Pretty sure that makes Fin the Lancer, since he balances her–calm to her upheaval, linear to her patterned thinking, physical to her mental, male to her female, etc. Normally, he’d be the leader, saving Lily, but one of his arcs in this is to step to the side and provide support without dominating. He’s gonna have to practice that.

That leaves Bjorn for the Big Guy, which works; although I don’t know how many people he’ll be hitting, he’s a pretty easy-going guy and I’m not planning a lot of violence for this story. I think his size alone makes him threatening, especially when he’s with Fin. He’s also a lot simpler in his outlook on life, not stupid by any means, but he doesn’t let himself get distracted by gray areas.

Smart Guy has to be Vanessa; I have to get Vanessa on the page more, although I already know she has hidden depths and there’s something big going on behind all these scenes.

That leaves Cheryl for the Chick, which I love a lot.

Somebody had said in the comments that she wanted to see the museum, which is important and a good idea, but I’m much happier in the diner, and then it occurred to me that my characters were all much happier in the diner, too, that there was no pressing need for them to go investigating the museum mess, it was not their problem. At this point, Lily’s not even sure she wants her job back because she hates Seb and Louis and she wants to strangle Jessica, plus she’s eating pie and trying not to flirt with Fin full time now and she’d have to make that part-time if she went back to the museum. Fin doesn’t care about the museum as long Lily’s happy. Bjorn and Vanessa and Cheryl never think about the museum at all.

But if the museum comes to the diner in some way, if if it encroaches on and threatens their turf, then they’ll have to form a band to defend it. So I’ll have to figure out that happens because I think that would be fun to write, not to mention tremendously crunchy. (No, I don’t know how that happens, how many times do I have to say DISCOVERY DRAFT?)

I definitely want to see Cheryl and Louis meet again. (They were a thing twenty-five years ago.) 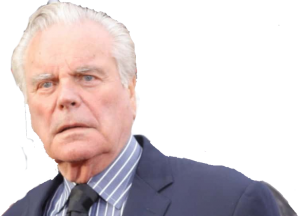 “We used to role play in the exhibits,” Cheryl said. “Like I was the pirate queen—I sewed skulls and crossbones on this great black bra and pantie set I had, one on each boob and one at the crotch–and he was my naked captive. I used to poke him with a sword and he’d say, ‘Stop that, that’s really annoying,’ and I’d say, ‘Now you know how I feel.’ It didn’t last. He had no imagination.”

Lily tried to blank out the mind picture of Cheryl dressed as a pirate queen from Victoria’s Secret stabbing a naked Louis with a phallic sword, but it persisted.

“We never did anything in the Viking exhibit,” Cheryl said. “Missed opportunity.”

“So we can walk there safely,” Bjorn said, cheerful as ever. “Good to know.”

If it helps, here’s Louis when he was dating Cheryl, twenty-five years earlier: 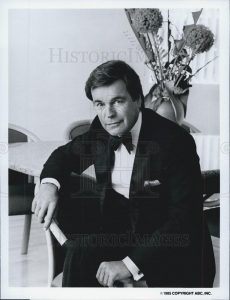 This will obviously take much more musing. I might even have to get back in the car again and drive some more. But just the thought of them all in the diner kitchen after closing, discussing how to kneecap the museum people, Bjorn raiding the fridge and Cheryl getting sidetracked by her latest obsession (I think it’s going to be mindfulness), makes me happy. I have no idea how that would fit in the large scheme of things, but I don’t have to know, this isn’t a book. It’s just something to keep our minds off the weirdness that is reality at the moment. (Do NOT inject bleach into your bodies. That would be bad no matter what the President says. Jesus.).

I do wonder how much this is damaging my credibility as a writer. I have visions of people saying, “Did you see what Jenny Crusie is doing on her blog? Turns out she has no fucking idea of how to write a book, she just makes up stuff. No wonder it takes her years.”

So what do you want/need/expect next? I’ve got over four thousand words set to post on Monday (sorry about being late this week) which I will noodle around with over the weekend, but it’s all relationship stuff (which is good because this is a romance novel) so we’re still going to be short (completely empty) on the museum stuff, especially since everything I write about Seb is circling the drain, repetition. (It’s hard to arc nothing.) The whole expectation thing is a lot easier when you’re getting chronological storytelling, which you are not getting because I have no idea how these scenes fit together. But you get kissing on Monday, so that’s something. Also Fin threatens to throw Seb down a hill. There’s a crowd-pleaser.

Anything else you want? I’ll be rewriting all weekend.