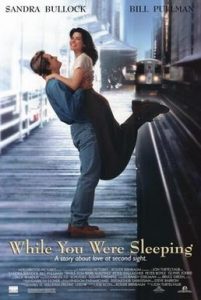 I went through my movie collection and started watching things I hadn’t seen in years. Did you know While You Were Sleeping was filmed twenty-five years ago? Big Trouble in Little China, thirty four years ago? Real Genius, thirty-five years ago? Ghostbusters, thirty-six years ago? (Some of those actors–Sandra Bullock–must have portraits in their closets. Others, not so much.). Still, the movies we love are ageless, so watching the old ones is a good break from the current reality. I mean, not Schindler’s List, for god’s sake, (twenty-three years ago), but certainly the Brendan Fraser Mummy (twenty-one years ago) or His Girl Friday (eighty years ago) or can lift you up.

What feel-good-from-the-past-before-world-went-nuts movie do you recommend? (NO TRAGEDIES. Jeez.)

145 thoughts on “Happiness is Old Movies”