It’s April 15 but taxes aren’t due. So much for the whole death-and-taxes rule. I have been throwing things out with a vengeance (not yarn or dogs of course) and scrubbing with less enthusiasm, and my yard is starting to not look so much like a blasted heath, so, hey, progress. Also more work on Nita (see proof below) and Lily, this time on the collage (more about that after the jump). 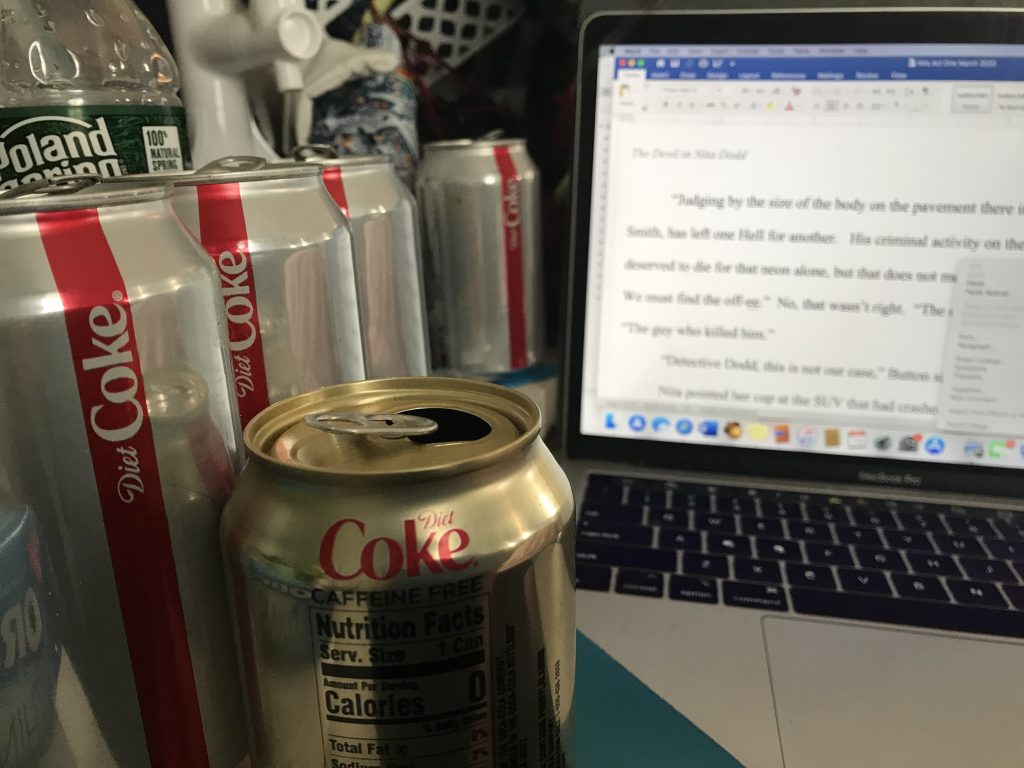 First, what did you do this week?

Now about that collage. Every time I do one for a book, I’m amazed at how much stuff comes to the surface: the Girls are fluent in Collage. This time I didn’t mean to go back to the general story collage, I just needed a placeholder for Sebastian that worked. I’d chosen an actor I didn’t like for Seb previously, and that obviously was not going to work: you have to like something about each of your characters or you’ll never get inside. So if found a different picture of somebody I didn’t know, and he was handsome and looked charming and I thought, “Okay, Lily might have fallen for that.” And then I tried to stick him in the collage and I realize the collage was all wrong.

First of all, the placeholder was too bland. Second, she was too small. Lily has to own that story so she had to own the collage, too. So I swapped out Lily’s placeholder and made her the biggest thing in the collage (which she should have been from the beginning) and that shifted everything else, and I started to put other things in and a lot more became clear. One of my favorite discoveries: if Fin meant “Viking” to Lily, there had to be some kind of image for that, so I went back to find Thor-as-Viking pictures and found the perfect one: a Thor action figure. I love that. Not quite real, but very lifelike. (And expensive; that sucker was several hundred bucks. No, I did not buy it.) 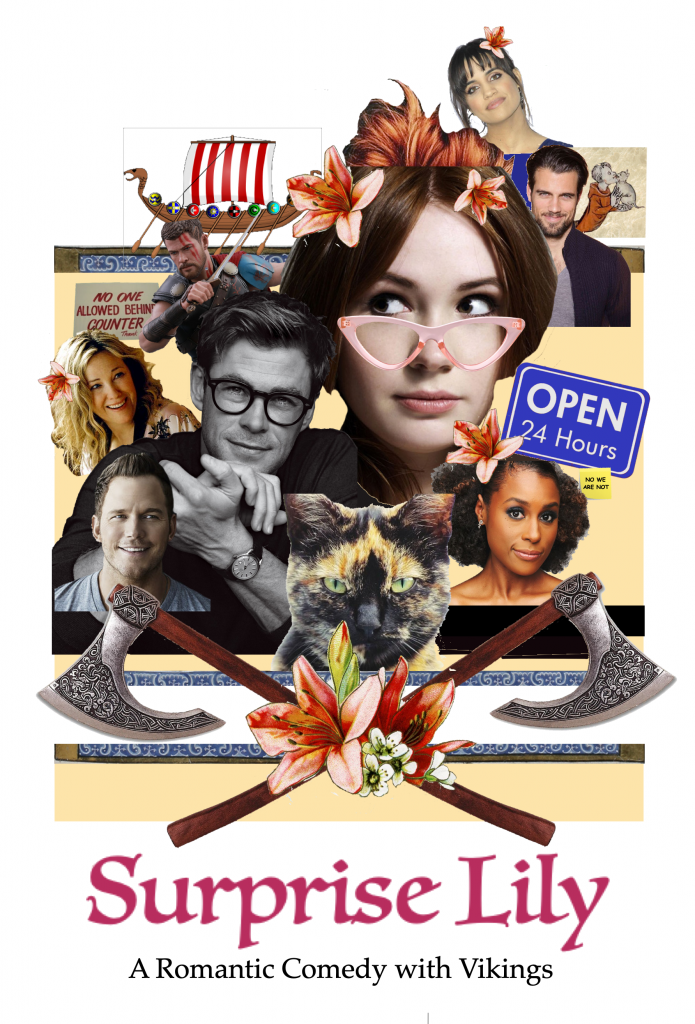 The collage is still a work in progress and will be until I abandon this story, and there are some troubling things in there, like why is the Thor figure trying to ax Cheryl in the head? So I went back in and divided what I had into logical groupings, and ended up with six: Lily and Fin, Cheryl and her not-behind-the-counter sign, Van and her we-are-not-open-24-hours sign, Bjorn (needs a hamburger image), the reincarnation/Nadia stuff at the top which weirdly includes Sebastian, and the title/axes/cat at the bottom. So that also is food for discovery.

At least now I know who Seb is. Progress.

And now back to the regularly scheduled post: So what did you work on this week?