I know it’s April Fool’s Day, but I think Fate just pulled the ultimate trick on all of us with the virus, so I’m ignoring that. It is the first day of April, so YAY SPRING. Also I just found out there’s something called Viking knitting which does not require knitting needles, so I will obviously be looking into that. Also something called nailbinding which sounds brutal and Nordic. Lucet I already knew about, but still. Evidently there was a lot of crafting between bouts of pillaging. And I may doodle some manuscript illuminations on a specials menu, just to see how that goes.

And in other news, because I’m now obsessing on visuals, I went looking for retro diner fonts that could be used both on as the font for the diner (signs and menu heads) and as a title font, and found this list:

And then lost an hour playing with fonts, which is one of my favorite things to do. (See bottom of post for some possibilities.)

Now I have to find a name for the diner. Something that sounds like a diner name but has some kind of meaning which is going to be hard because I have no idea what this story is really about. I just want the sign and the font for the visuals. And because I love playing with fonts, okay? It’s still work if I enjoy it.

So what are you working on now? 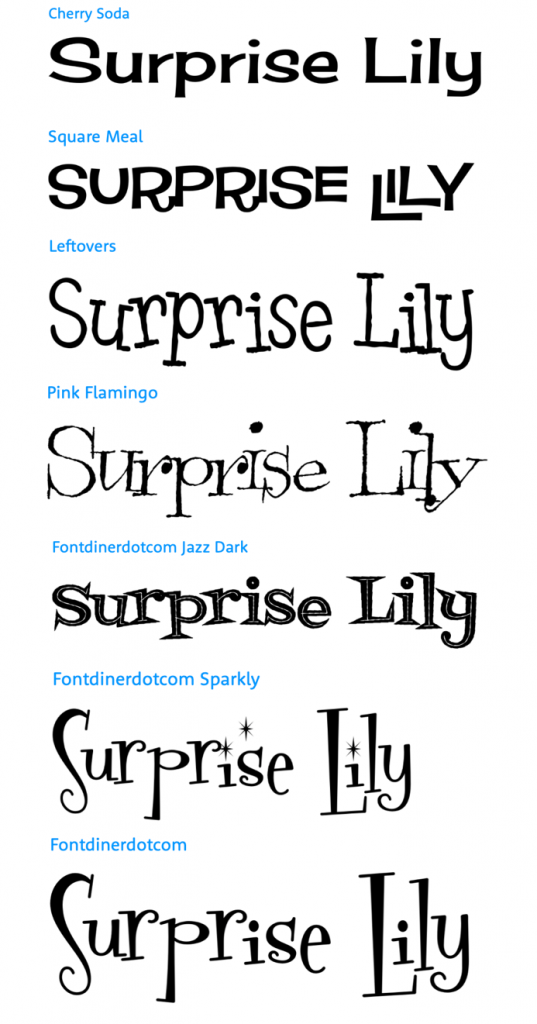