I was re-reading Thief of Time and found this:

“And if you want the story, remember that the story does not unwind. It weaves. Events that start in different places and different times all bear down on that one tiny point in space time, which is the perfect moment.”

That whole page is a great musing on story in general (it’s page 5 in iBooks edition), but that idea that everything rests on that one point, the perfect moment, the obligatory scene (in my interpretation) when the whole story universe completes itself, that, I think, is the key to fiction. (And Thief of Time does ends on the perfect moment.) The problem is that I don’t know what that moment is until I get there. Well, I know it for Nita, but not for Lily. I’ll never have to know it for Lily (not a book), but I kinda want to anyway.

And that means I really need an antagonist in here. Because the obligatory scene/climax needs an antagonist. And then maybe a resolution for an even more perfect moment, but still, an antagonist is key.

I have Sebastian, of course, but he feels like a minion. Which means whoever the Big Bad is, he or she is not on the page yet, because I don’t see Bjorn as a master criminal, and I want Cheryl to stay good and nuts. Vanessa is out, too. And I definitely don’t see Ferris as Dr. No. 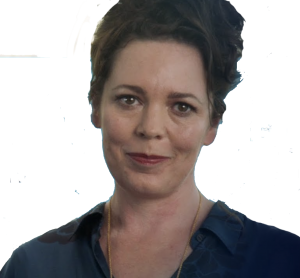 So something to do with the Lily’s old job which was working in Seb’s department at the university’s teaching museum on the latest exhibit which was about Vikings, which is how she got hit by a reproduction axe. Of course, there’s always Seb’S Uncle Lewis, the head of the museum, but I don’t know anything about him except he feels like a minion, too. I’m thinking maybe a secretary, everybody overlooks her, expects her to do everything, so she does: graft, blackmail, theft of office supplies . . .

A Doppelgänger Antagonist would be good, but I don’t have a firm enough grip on Lily to play off her. Maybe somebody else who thinks he/she/they is reincarnated? Somebody with a Viking grudge? No. Leave the Vikings to Lily. But the doppelgänger idea is still good.

And then there’s the whole therapy thing. I still think that Nadia is like salt or a Greek chorus or a border on a medieval manuscript: She’s important but she’s not part of the narrative. I’m thinking there should be six Nadia scenes, no seven, for the six weeks (?) of the book’s timeline, the one at the beginning where Lily meets Nadia before she goes back to the diner and meets Fin (and talks to Seb, need him in there) and another six Nadia scenes, one at the end of each of the following weeks. It would be Lily talking to Nadia about what happened that week, getting re-oriented, going off to do better . . . Yeah, no idea what that would entail, but that’s what the Girls are sending up.

I have really enjoyed re-reading Thief of Time.

Although now I have to figure out what to do with the damn cat. Really, this thing is a mess. Thank god it’s not a real book.

So what are you expecting next? What do you need/want? What the hell am I doing?