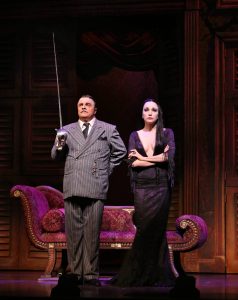 I read this piece in the NYT about the Broadway show of The Addams Family, and it was so reflective of what’s happening with Nita, that I was comforted. The underlying theme of the article is that sometimes it takes awhile to get it right, and even when you get it right, sometimes it’s a long way from where you started.

The article talks about how they had this wonderfully transgressive idea for doing The-Addams-Family-But-Different-New-and-Edgy (which god knows the original cartoons were) and how it bombed in Chicago and they retooled and it crashed in NYC and they retooled, and then they took it to New Orleans and retooled . . . and now ten years later it’s still going strong, the best seller four out of the past five years of the company that licenses rights to plays (it was second the other year). The musical they ended up with was not the musical they had intended, but, as one of the writers, Marshall Brickman, says, “A piece, in a sense, tells you what it wants to be. And the audience tells you what it would be willing to accept.”

That’s what I’m looking at in Nita.

I thought the original ms of Nita was pretty damn good. It was too long, but I could fix that, what I needed the betas for was to give me that audience reaction. And all of three of them said it was the best thing I’d ever done. I mean they raved about it. Then I sent it to NYC and it closed opening night. Both agents and my editor said, “No.”

So I did what Andrew Lippa, the composer and lyricist of The Addams Family did, what any smart writer doesn’t when something isn’t working: “We ripped apart our show. We looked at the central conflict, and we looked at the score, and where we could make improvements.”

In my case, I looked at the central conflict and realized there were two, and the one that was the most compelling wasn’t the one I was spending page space on. It’s the romance, stupid. This is not just because I’m considered a romantic comedy author, it’s because that’s where the juice is for me, too. I just got distracted by Ideas, which, I gather from the NYT article, is where The Addams Family people went wrong, too. Sean Penn once said on The Actor’s Studio that film was too important to waste on entertainment, and I remember hearing that and thinking, “You moron, without entertainment, the message doesn’t exist, entertainment is the delivery system for the ideas.”

And that in a nutshell is what storytelling is all about. The Addams Family had Nathan Lane and Bebe Neuwirth and characters that weren’t just interesting, they were beloved. Rick Elice said that “We rewrote it to make the show more about the characters, not just the family characters but the new characters that we introduced to make it less bizarre and more human.” Oh, yeah, the characters. Not the ideas. (Although they cut one character I would have protected to the death: Bernice, a giant squid.) 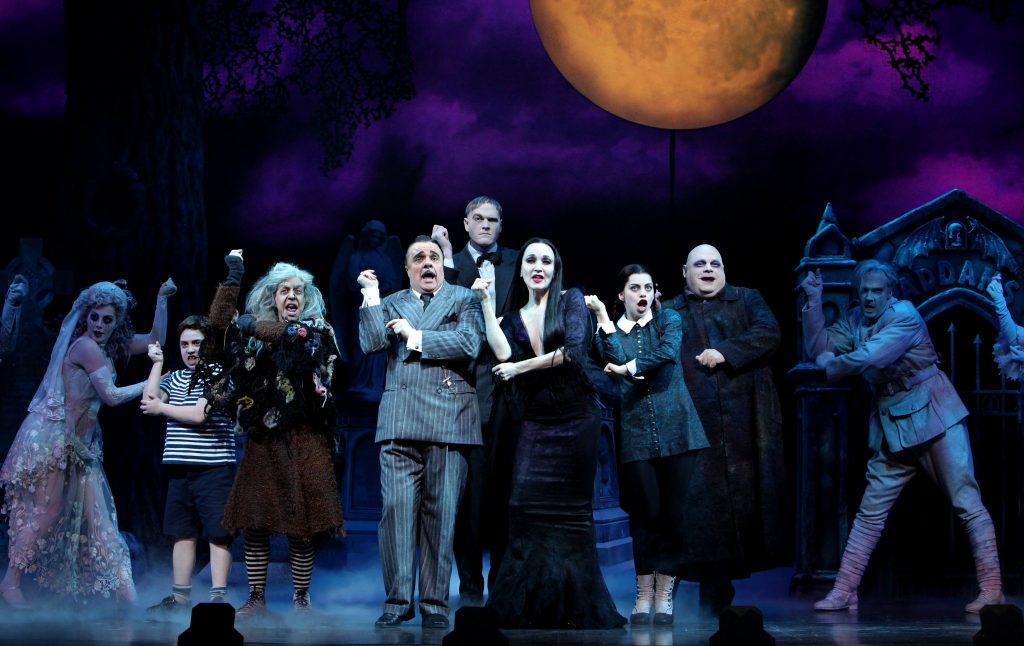 I am not, of course, laughing at them for this blatantly obvious realization; I’ve been working on Nita for four years only to come to the same conclusion, so I do not throw stones from my glass laptop. But wading through thousands and thousands of words to dig my characters out of the rubble is not only back-breaking mentally, it’s depressing just from the amount of destruction going on. I’m not slashing through the jungle of this book just to meet a word count, I’m trying to free my characters from the vines, and I wrote some damn good vines. Too bad they’re strangling my people. (I know that’s two different metaphors: the rubble is in the jungle. Just go with it.)

It took The Addams Family five years to hack its way to wild success which it has maintained in the subsequent five. I’m just coming up on Nita’s year five, so there’s hope for her yet.

In the meantime, I’m having a little something on the side with Lily, and she is not tangled in vines (yet), plus there’s the weirdness we’re currently living through, so I am not sitting in vacant despair. The entire world is vine-covered rubble right now, so Nita can just nestle in for awhile while I cogitate and try to find bok choy.

Everything is going to be just fine. Eventually.

28 thoughts on “Creativity is Hard: A Nita Update”