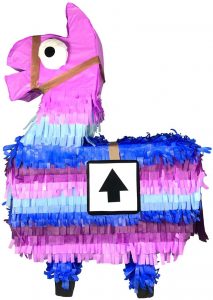 Today is Piñata Day. That seems appropriate since at this point most of us are feeling beaten like one.

I went to Amazon to see if they had anything interesting in the way of piñata pictures and they did: a bright green corona virus piñata. Because nothing says “party” like widespread sickness and death. They also had a princess piñata so small children could take sticks and beat a woman to death. Even the llama piñata I eventually decided to feature was problematical: Don’t hit animals, you jerks.

I’m going to pass on the pinatas. Well, not all of them. If they ever bring out a line of national government figures, I’m in.