When I wrote with Bob, he used to make me walk the terrain. We’d go to wherever the book was set and talk the story through while we walked around. The one I remember best was in the Carolinas, a big white house on a river, because I was saying things like, “Okay the gazebo for the wedding is over here, and there’ll be furniture on the front porch, maybe a swing, for that scene when the bridge goes in . . .” and Bob was saying things like “The bad guys will dock here and the scuba divers will attack the wedding from here . . .” (No, there was no scuba attack; Bob had a learning curve in writing romantic comedy, aka, nobody we like dies.). I dutifully tramped around after him through the Southern low country for Agnes and we spent one memorable October evening at an amusement park in Pennsylvania where people had chain saws for Wild Ride, but I finally had to admit that it was all worth it because he was right: walking the terrain helps a lot. (This may be why I do so many scenes in diners. I can sit the terrain.)

My version of walking the terrain is collage.

I do huge intricate assemblages for the real books, but all I need for this project is some idea of what the characters feel like (not look, feel, personality behind the faces not the faces), and I do that by flipping through images until the Girls say “That one.” It’s helpful to have more than one avatar for a character because the combination of several different people helps separate the character from whatever real people have grabbed the Girls, especially if the real person is an actor known for a certain role. Mixing several placeholders together helps undercut anything existing.

I did a quick scan for redheads for Lily because it’s important that she be a redhead and no, I do not know why. This is discovery draft, if we question every intuitive move we’ll never get anywhere. This is Sticky Time: if something sticks to the story we go with it. The thing was, I couldn’t quite see Lily. I knew she wasn’t skinny, that she’d be healthy and skeptical and strong, but both of the placeholders I found were thin and one was elegant and those things were wrong. Still the attitudes were right so I started with this: 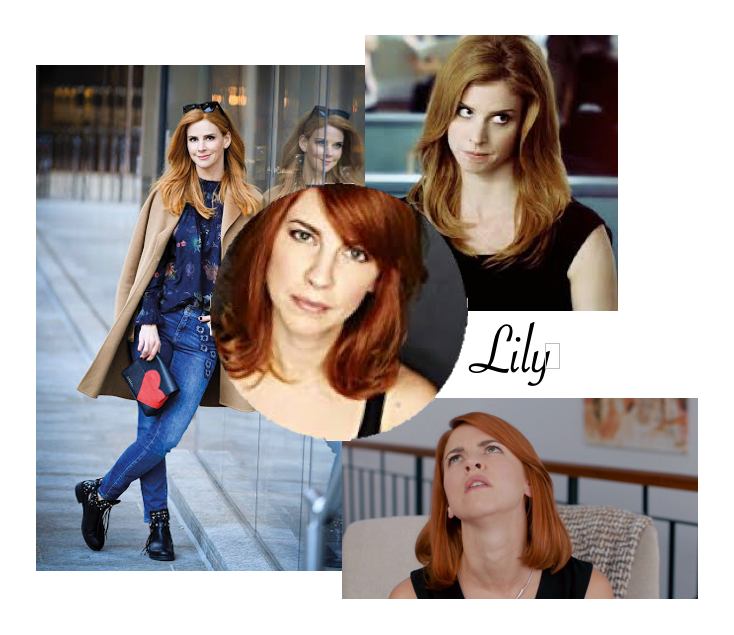 There were two things that weren’t working here: Too thin/elegant and too hostile. The Lily in this collage is not fun. Okay, she’s going through a bad spot here, and none of these attitudes are wrong for her, but I’m missing the part of Lily that makes people like her. My concept of Lily needs work.

So I went looking for more pictures, but then I found one where she was wearing glasses. That picture wasn’t right, but I remembered that the photo that had nailed Fin for me was a placeholder in glasses. The idea of them both wearing glasses was kind of interesting. At this point, I was spending way too much time on a project that’s basically “let’s do something fun on the blog to distract from the plague,” but I was pretty sure that the glasses were key.

And then I remembered that I had a whole folder of collage glasses that I could put on pictures and I found them, and there was one pair that started a whole train of thought and I could see the scene and hear it, so I stopped looking at collage stuff and wrote WHICH IS THE POINT OF COLLAGING, TO INSPIRE YOU TO WRITE.

Here are the glasses that inspired 1056 words today:

Glasses are going to be HUGE in this project. Also the word “huge” which is cropping up a lot. Also, Lily’s a waitress, and that should be in there. And the cat.

For the rest of the cast, I just grabbed one picture each because this is just playing around and I do not have time to collage that many people. Annoyingly, since I had such a struggle with Lily, I found one picture of Fin, and he just walked in and sat down as he’s meant to be. It took me a minute to get Bjorn, but then it was obvious. Cheryl was also obvious even though I hadn’t thought her through. (Minor characters are always the easiest.) I thought about Vanessa and Nadia and found placeholders, and then after an hour looked at them and thought, “Nope, switch ’em around,” so Nadia is now Latina, which works just fine, and Van is now black which reminds me of Daphne but there’s bound to be some image bleed between books since they both have diners as important settings. Anyway, the placeholders are better swapped around. 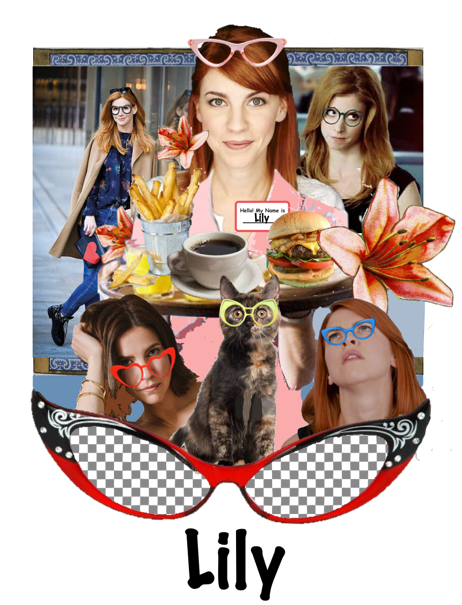 It is, of course, like everything else in discover drafting, a work in progress and subject to change. Going back to Nita now. See you and Lily again on Friday.

ETA: Talked about the cast collage, forgot to put it in. 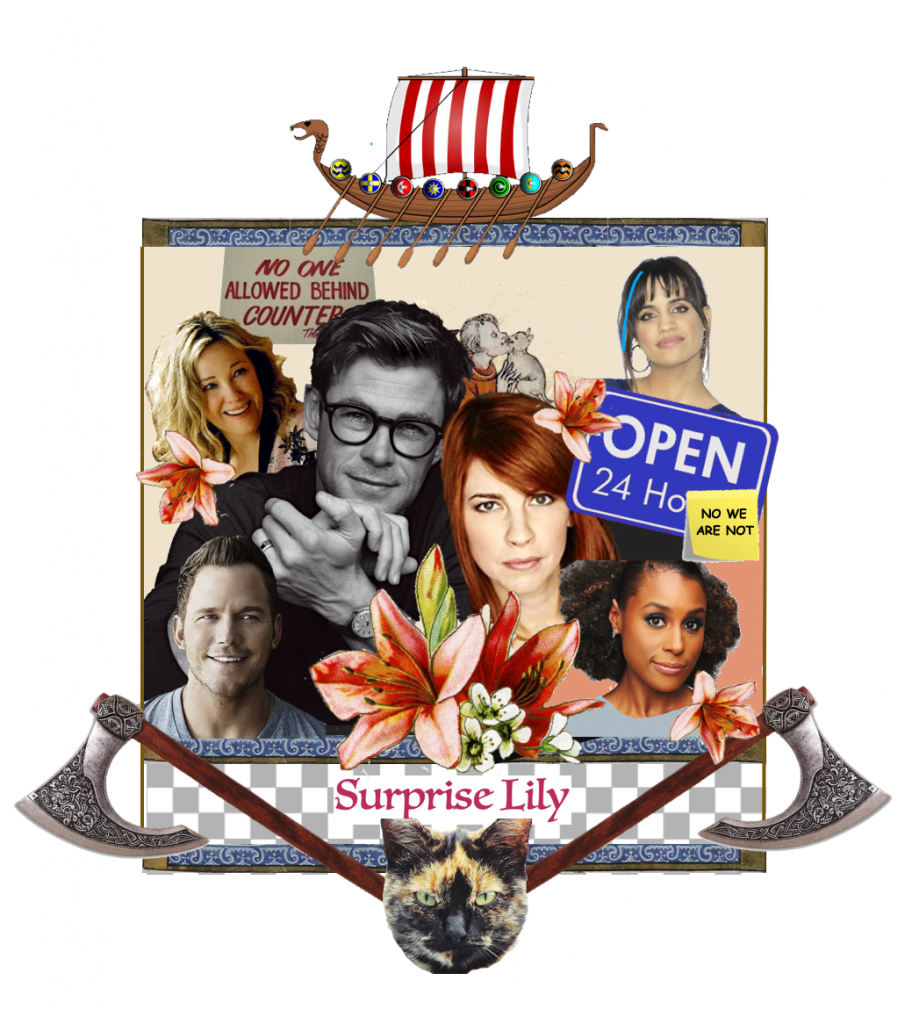