So the plan is to brainstorm Surprise Lily (overwhelming preference) and then I’ll write whatever comes out of our brainstorming that week, and then we do it all over again until we get tired and wander off. Brainstorming should be as free form as possible, but we are gonna need some guidelines here. 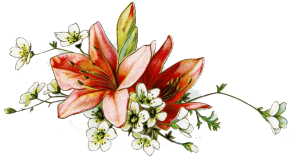 First a schedule. I’m thinking I put up the new stuff on Mondays, we talk about it all week (we’ll have Working Wednesday and Good Book Thursday in there, too), we do some synthesizing on Friday, inspired by that I write over the weekend, and then we start all over. So Monday is the product of the previous week, and Friday is pulling all the talk from the week together so I have some RMoaGs* to work with.

Then about that week of discussion: No idea is dumb. We’re obviously not going to use everything that people come up with, but the whole point of brainstorming is to think “outside the box” (finger quotes), to inspire each other and not shut anybody down. It’s like improv: We do not say no.

Also, “should” is outlawed. That is, “Well, if we do that, then we should do this next.” Nope. I’m fine with “could” and better with “oooh, oooh, this would be fun,” but Should is out. For example, the first scene (very rough draft) of Lily meeting Nadia should be followed by Lily and Nadia talking. Except we don’t do Should and I don’t want to write that. It’s what everybody would expect.

What we do instead is “want.” I want to write something fun. I have an idea how to get the Lily/Nadia stuff in without writing the Should Scene (never write the Should Scene), but I’ll wait to see what you Want as far as “oooh, oooh, this would be fun.” This is basically another way of saying, “Only write the good parts.” Forget the parts that the reader needs to understand something, she’s going to skim those anyway. Get to the parts she Wants to read, which are probably the parts we want to write. The Want parts.

This is a good time to remind people that I don’t write in chronological order, so I don’t see any reason we should either. This is not brain surgery, we can always go back and add things, change things, fix things, cut things, lengthen things, we can do all of that later. And given my penchant for rewriting, we will. In fact some of those Mondays will be me putting up something we’ve already done and saying, “This needs work” and pinpointing what in it is screwing up the rest of what we’ve got.

And then along the way we’ll have to do the macro stuff. Like:
What is this book about? (Romance? Reincarnation? Dissing Vikings?)
What kind of tone and mood does it have? (Screwball? Suspense? Adventure?)
Who’s the antagonist, the character that creates the conflict for Lily? (Love interest? Somebody at work? Early Viking?)
Is there a love interest? Friends? Family? Community? Team? Dog? (There’s definitely a cat.)
What’s showing up as metaphor and motif? (We’ll do theme when the book is done: we won’t know what we’ve said until we see what we made.)

There’s a lot more, and I’m good with finding out the macro stuff as we go, but at some point, maybe this summer if we go that long and don’t wander off, we’ll have to look at what we’ve got.

But that’s about it as far as a plan. Expect chaos. Creativity thrives in chaos. At least that’s what I’ve been telling myself for the last thirty years.

*Really More of a Guideline

27 thoughts on “The Argh Novel: Here’s the Plan”