Welcome to the Argh Novel Project, a multi-week exploration of fiction and the process by which . . . okay, it’s just us playing around but that’s good, too. We’re starting with the Surprise Lily first scene because that’s what most of the comments said, although I did some very light editing (took out some unnecessary words and omitted all the “smells bad” stuff because you people kept insisting on historical accuracy). There’s a page under Work In Progress in the blog menu above that I’ll try to keep updated so that all the stuff from this is one place, but that’s about as much organization as I’m capable of. New stuff goes up on Monday, we talk in the comments all week, on Friday I try to synthesize and you can comment on that, I write on Saturday and Sunday, and on Monday we start all over again. Lather, rinse, repeat. If this gets boring or it doesn’t work, we’ll do something else. No rules (some guidelines, no Should, no worries. Argh People, start your engines:

Lily looked at Dr. Ferris with what she hoped was patience but probably looked like contempt and tried to explain the situation again.

“In Ireland somewhere in the 800s, I think, I was walking along a cliff face near the Abbey when I saw the Viking ships. I was thirty-three and therefore a crone, but Vikings are surprisingly unpicky when it comes to rape and murder; it’s always closing time and mead-goggles for them. I picked up Pangur, Brother Sedulius’s cat, to run back to the Abbey, and saw this big blond guy coming at me on the path, pretty clearly a Viking come ashore early to scope the place out. This has turned out to be a pattern in my life. For some reason, I always get the early Viking. Anyway, I turned to run, and the path was rough, and he grabbed for me, and I tripped and fell over the cliff edge onto the rocks below, taking Pangur with me, although he doesn’t seem to be holding a grudge.” She thought of Pangur, waiting at home, expecting a treat in exchange for her betrayal of leaving him for three hours. Tuna maybe. “Anyway, we must have gone head first because we died pretty much instantly on the rocks, so aside from the fact that I was dead, it wasn’t too bad.” Lily looked at the therapist. “That was the first time.”

Dr. Ferris nodded, her plastic smile as firmly in place as every hair on her clearly dyed head. “And how often have you had this dream?”

Lily thought about throwing something at her. The woman had been annoying from the moment Lily had arrived—“Lily, I’m so glad you’re here”—and every instinct she had was telling her to go for the door, but she was on her fourth therapist and if she ditched another one, people might start thinking the problem was her.

I wonder if there’s a Dr. Ferris bobble head doll. There was definitely a Dolores Umbridge bobble doll. She could paint the hair black and add a big smile like the clown in It and that would pretty much nail–

“Lily.” Dr. Ferris leaned forward, oozing sincerity in every pore. It smelled like flop sweat. “Do you think this might possibly be a buried fantasy, something you long for and can’t express?”

Lily looked at her with contempt. “Anybody who thinks Vikings are a fantasy hasn’t met a real one.” She stopped to think about the guy on the path. Her First Viking. Big. Blond. Caused her death. And her cat’s death. Well, Brother Sedulius’s cat, but after twelve reincarnations, pretty much her cat–

“Vikings are not a fantasy.”

Dr. Ferris blinked. “Actually, they are for many people.”

“Those are fantasy Vikings, not the real thing. I have it on good authority that their foreplay involved an ax. ‘Brace yourself, Bridget’ is not a joke.” Dr. Ferris looked confused and Lily gave up. “Look, this isn’t going to work as long as you think I’m crazy.”

“You think I have difficulty telling the difference between fantasy and reality.”

Dr. Ferris smiled a healing smile. “Who amongst us doesn’t?”

“Me. I have enough reality for thirteen people, and I need help dealing with it. That will clearly not be coming from you.” Lily stood up. “I’m sorry Dr. Ferris, but just no.”

“You’ve already decided that I’m delusional and your job is to help me see the truth. But I just told you the truth, so we’re never going to get anywhere. I need somebody who can think outside the therapy box, not somebody who will be the box.” Lily hoisted her bag onto her shoulder. “I wish you the best. Stop dying your hair, it makes you look older.”

Lily narrowed her eyes. “I’ve been angry for thirty-three years and thirteen lifetimes, some of them tragically short. Hasn’t produced a thing except this line between my eyebrows. See it? Looks like it was made by a very small ax, doesn’t it? Vikings. Hate ‘em. Starting to hate you, and one day you will again tell me my past lives are all dreams, and I will pick up your stapler and thwap you with it. I’m saving us both a lot of time and trouble by ending this because this is not good for either of us. Or your stapler.”

Dr. Ferris stopped smiling. “Fine.” She took a deep angry breath. “You want outside the box? Come with me.”

She opened the door and went out into the white plastic maze that held the offices of Crispin Therapy (a division of Atlantic Health), and Lily followed her, curious more than anything.

How does she tell all these white doors apart? Lily thought, and then the door opened, and Dr. Ferris said, “Nadia?” and Lily looked past her and saw a tall black woman with a streak of blue in her hair wearing a T-shirt that said, “Do I look like a fucking people person?”

“What now, Carolyn?” the woman said. “Did I park outside the lines again?”

“This is Lily,” Dr. Ferris said, her smile gone along with the lilt in her voice. “She needs a therapist who thinks . . .” She made finger quotes. “‘Outside the box.’”

Nadia looked at her with exaggerated patience. “I am—” She made finger quotes, too. “‘Not Working Today.’ Hence this t-shirt.” She looked past Ferris at Lily. “Nothing personal.”

Nadia sighed. “Maybe she has been reincarnated twelve times.”

“So I brought her to you,” Ferris went on. “You are definitely outside the box. I don’t think you’d know a box if you saw one.”

“I know boxes, I just avoid them,” Nadia said, with an undercurrent that said, I’m going to slam this door in your face now.

Lily nodded. “That’s how I feel about Vikings. They’re always there, but you don’t have to make them part of your life.”

Nadia raised her eyebrows. “Lotta Vikings in your life?”

“Not always. I died in childbirth—my birth, not giving birth—four times, and then there was the Plague, and don’t ever let anybody tell you a ship is unsinkable, but Vikings show up often enough that they’re a definite theme in my lives. Show me a tall, drunk, blond guy who spends a lot of time flexing, and sooner or later, he’s gonna kill me, probably with an ax.”

Okay, we can talk about anything you want, but some of the things I need to know before I write something this weekend are . . .

2. We’re gonna need some more people in this world. I do not want a cast list here, that’ll just emerge naturally as we write, I just need who you want to see in the next scene. (Writing Wonk Note: This is the Expectation part of Want. Expectation is the fun part of reading. As in, “Oooh, oooh, I bet/hope/WANT this happens/to happen next.”)

3. Where do you want it to be? (Setting is another character, has a huge impact on scene.)

Over to you all. 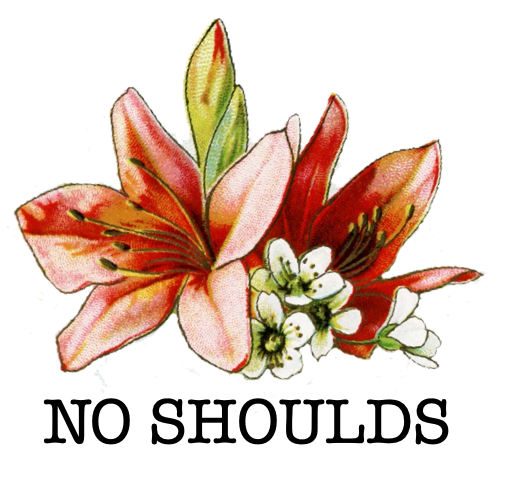