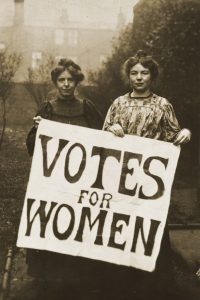 This is Women’s History Month. Just in time for the revolutionary news that a guy will be our next President again. Not that I’m bitter. I didn’t even have a woman candidate I preferred (I prefer somebody who will beat Trump, after that I’m open). I just thought that by now . . .