It’s Laugh and Get Rich Day. I’m not sure about the rich part, but I’ll sign on to anything that makes me laugh. Calvin and Hobbes. Airplane. Monty Python and the non-flying parrot. Pratchett’s Discworld. Hot Fuzz.. P. G. Wodehouse. Bloom County. 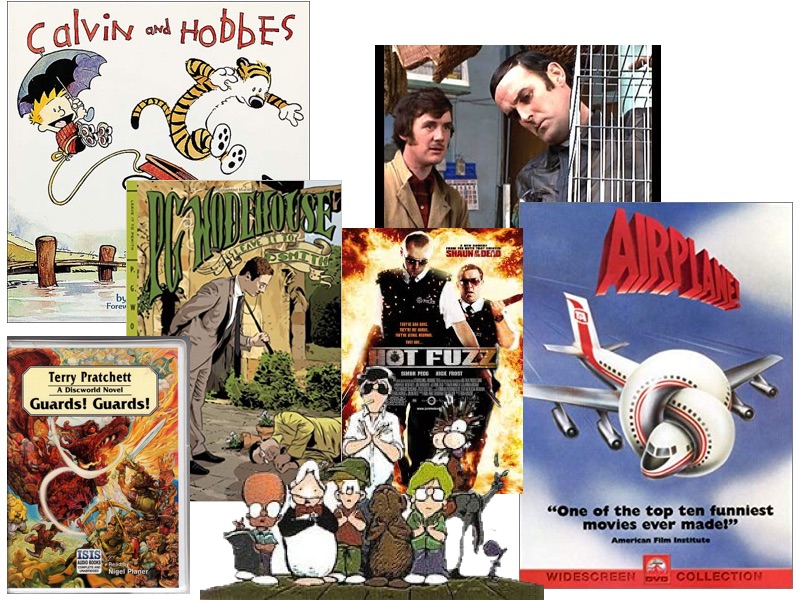 Your turn. Give me your favorite all-time funnies, please.