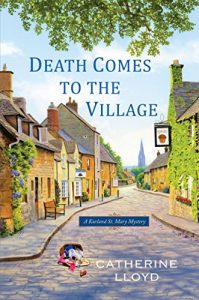 I really like typing “2020.” Such a pleasing symmetry, plus that nice double bounce on the keyboard. I read the first six of the Kurland mysteries, mainly for the community. I wish Lucy and Robert would stop bitching at each other, but they’re still interesting protagonists, and the population of the country is good, bitchy fun aside from the high percentage of murders. The seventh one comes out next month and I’ll probably order that one, too. That’s the thing about series: even if you weren’t crazy about the last book, you still want to check in to see how people are doing.

So what are you reading? New year, new books, let’s go!