I was so busy reading books this week, that I forgot to put up this post. Damn it.

So, tell us what you read. Please.

I have done absolutely nothing of value this week, aside from some crochet and a pan of stir fry. I sincerely hope somebody else around Argh is doing better.

So who took up my slack?

Do you have surprise lilies?n I had them in one house I lived in a long time ago. Mine were slender pale pink-violet lilies that shot up overnight, big things, in the middle of nothing, surprising the hell out of me even time, and after the first year, pretty much saying, “Hey, you, I was here the whole time.” They’re also known as Resurrection Lilies or Lycoris squamigera. I’ve been having a Lycoris period here, or maybe a resurrection New Year, with old friends who were not lost because we always knew we’d talk again suddenly popping up with news happy and sad but mostly just needing to connect, and I needed that, too. I love these people even if we go months without speaking and years without seeing each other. Some people are just surprise lilies, buried deep in your life and reappearing like a blast of joy out of nowhere. So good.

Today is A Room of One’s Own Day (thank you, Virginia Woolf). The importance for human beings to have a place they call their own cannot be overstated, especially if the human being wants to create something without being asked what she’s doing and can she make a sandwich for somebody or find somebody’s socks. Put a lock on that door. In fact, maybe this should be A Door of One’s Own Day because a room without a door is like an alcove, which is not good enough. Doors for Everyone.

It’s also Opposite Day, which just sounds annoying, and Cordova Ice Worm Festival Week, which sounds intriguing, depending on how you feel about ice worms.

Loved Trisha Ashley’s A Good Heart is Hard to Find; it comes undone toward the end, but it’s so full of good cheer, I just plowed through to the (very drawn out) ending. Great characters and very funny. I read another book that shall be nameless because it confused me; parts of it repelled me and parts of it were really good and it did stay with me, but the repellent parts . . . argh. Also back to reading my own book. Parts are repellant . . . Never mind.

It occurs to me that I am living by weather at the moment. Is it going to get cold enough that I have to go down to the basement and turn on the space heater to keep the pipes from freezing? Will there be ice? Or god forbid, will the power go out? Still it’s gorgeous here. I went outside a couple of days ago when it was snowing and it was like magic. Plus we only got a couple of inches so it was a piece of cake to shovel. I mention all of this because one of the things I’m planning to make is a weather afghan; you crochet or knit one or two rows or a two-color block for every day of the year, coding them for the high and low temps. All I have to do is figure out where I put my worsted Brava, and I’m ready to go. In the meantime I’m still making hats and scarves like a mad woman. Two more hats and a scarf since last we spoke. I have no idea why I’m obsessing on hats and scarves; I don’t wear either. I think it might be the instant gratification, or as near to instant as doesn’t matter. That feeling of having finally accomplished something. Unfortunately, not a book.

What have you been up to lately?

The Washington Post did a book review recently that argued that Americans are doing happiness wrong (well, we have good reason) and that people in other countries know joy better than we do. And they recommend four books that will tell us how to do happy as well as the Japanese, British, Swedish and Koreans. 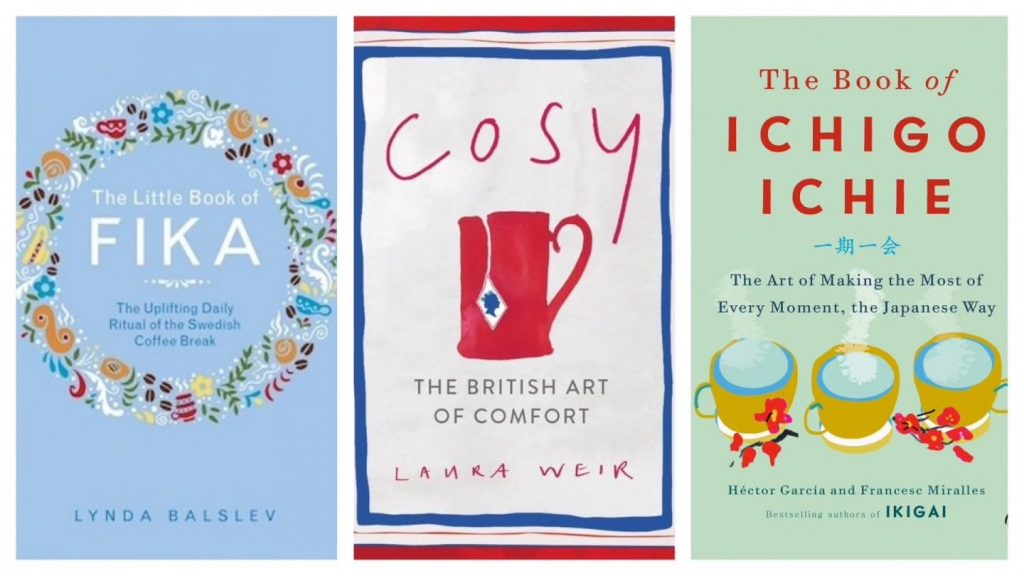 There is, for example, The Book of Ichigo Ichie, which tells us that “The moment is a jealous lover that demands we give it our all.” Oh, good, something else demanding something of me, just what I needed. Or there’s the British concept of coziness which, according to the article, is less elitist than hygge because it involves things like socks and baths. I don’t know when those became British, but I’m wearing socks right now–snowstorm outside–so I’m gonna take a flyer here and say that socks are international. (Mine say, “Fight Like a Girl,” so foot-warming AND heart-warming.). Then there’s The Little Book of Fika, which celebrates taking a moment to relax. So far, this is all stuff I’ve been doing, not realizing I was so damn internationally cosmopolitan, but then I got to The Power of Nunchi, and that was new. It’s the Korean practice (according to the book) of eye-assessing or, as the essay sums it up, “Pay attention.” Now there is something I should do more of. What it has to do with happiness, though, is beyond me.

I am not buying any of those books. That makes me happy. What made you happy this week?

(I typed that damn headline because it’s late and I just needed something and now I have “There’s a kind of hush . . . all over the world . . . tonight” stuck in my head, and it hasn’t been in there in decades. Damn Herman’s Hermits. And I know all the words, which is not hard because there are only about twelve. If you don’t count the “la la la”s. Which I don’t because the la-la-las make me want to kill somebody. I AM NOT HAPPY ABOUT THIS EARWORM. 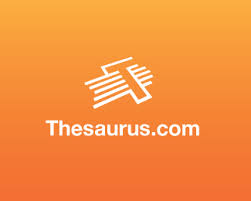 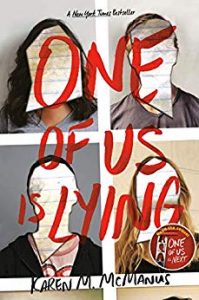 . BookBub sent me a “Books recommended by Romance Authors” e-mail and I thought it was time I tried new romances so I bit. And then I spit a lot of it out. I know I’m RIDICULOUSLY picky about what I read, but when I can’t get through the entire book because I’m so annoyed, I start to wonder if maybe I’m not being ridiculous, I’m being insane. People really liked these books, some of them people I know and respect. WTF? Then I read a good one, One of Us Is Lying, and I felt better.

I also read The Princess Diarist which left me feeling vaguely depressed with flashbacks to my own nineteen-year-old romance bad choice (Reader, I married him); then I read the reviews/commentary on it and felt even more depressed. The book is good, the writing is strong, dear god I’m so glad it’s not 1975 any more.

My newest book buy is Cleaning Sucks which is actually a journal. I think. I haven’t opened it yet.

. I’m still crocheting like a madwoman, but now I’m chuffed about Lee’s plan for a daily art something in February: “I’m organizing DailyFeb2020, and thinking about what to do for a month is making me happy, and I hope you’ll join me!” (Click the link to see Lee’s post.) I’m pretty sure I’m going to get back to drawing. Very low bar, as Lee suggests, but at least some structure if I have to something every day. It’s been so long, I’ll be awful, but I might get some of my old skill back (that BS in Art Education was a looooong time ago).

But mostly it’s crochet while I watch my latest British TV discovery, the Agatha Raisin mysteries. (Tried the books, couldn’t do it, possibly because I watched “The Quiche of Death” first, in which Agatha is an annoyingly forthright and very competent middle-aged bottle blonde with no boundaries, only to find that in the book she’s frumpy and dull-haired. Just wasn’t the same.). Also, the Brokenwood Mysteries are back for Series Six although they’re being parceled out a week at a time which is just annoying. But thanks to the bounty of streaming TV, I’ve made five hats and four scarves and finished my Forest of Dean.

So what are you working on? Big plans for a new year of Make?