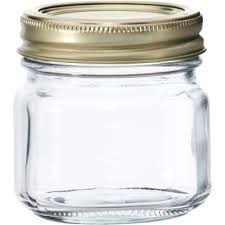 One of my favorite poems is Wallace Stevens’ “Anecdote of the Jar.” I’ve been thinking about it a lot lately for several reasons, and it’s just occurred to me that it might be a great metaphor for teaching the impact of identity in characterization. It’s such a slippery concept, and I’ve never thought I was particularly good at getting it across, but then I recently went back to the poem for the reasons and thought, “Oh, it’s right there.” So let’s try this again (waving to McDaniel students).

The concept of identity in characterization is difficult to summarize, but basically, it’s the idea that we construct identities for ourselves made up of the millions of tiny impacts throughout our lives (but most strongly in childhood) and those self-concepts become the ruling truths of our lives. The problem, of course, is that there is no ruling truth in life: reality is many-sided and random, a chaotic backdrop to our struggles to survive, and our search for meaning is both crucial and ultimately a construct. We decide what’s real and what it means.

The key to this is that it’s a construct that informs everything we do. If we grow up believing that we’re worthless, then we’ll reject anything that seems to show that we have worth: that’s not our reality. If we grow up believing we should be loved, we’ll reject anybody who doesn’t show us the respect that we deserve as lovable people. It works at an unconscious level, and it’s much more complicated that the quick description I’ve just given, but it is absolutely key to understanding your characters at a deeper level.

Note: This is not a Wound, the event in the past that shaped a character’s life. I am anti-Wound: people are too complex to be defined by one event. But the way characters respond to that event is definitely a reflection of identity. Horrible rejection that wounds the person who thinks she deserves to be loved is just another day in the park to the person who thinks she’s unlovable.

I love the idea that the jar Stevens writes about is a canning jar, putting things under pressure to preserve them for the future, seen through clear, strong glass even if their ideas are toxic and deadly, producing, if you will, a canned response to every event.

So let’s look at this and overthink it. (There’s a t-shirt that says “Hold on. Let me overthink this.” I must get that t-shirt.)

“Anecdote of a Jar” is very short, three stanzas. It’s about looking at a wilderness, untamed and chaotic that then becomes organized and knowable when a manmade jar is placed in the middle of it. The most common interpretation is that it’s about what civilization does to nature, but this time I looked at it and saw that jar as identity in the middle of the chaos of reality. The wilderness has no meaning until that jar is put down, then the chaos is seen in relation to the jar and becomes ordered, it’s behind the jar or to the right of the jar, it’s curved like the jar, it contrasts in color to the jar. The jar becomes the organizing point of the wilderness and the wilderness is defined and ordered in relationship to it.

I think that characters (and people) fill their jars and then define reality around the construct they’ve created. The jars are man-made (human-made), not “real” like the world around us, but the world is so chaotic, so lacking in pattern and justice, that we need our own measuring stick to judge it by.

One of the hardest concepts I ever had to wrap my head around is that events have no meaning until we give it to them. A small child is run down on the street: a tragedy. He would have grown up to be Hitler: a blessing. The event is just that, something that happened, no intrinsic meaning. Its meaning is something we decide on, to fit our identities. If we decide on something as a group, it becomes a Universal Truth (killing is wrong, etc.), but as writers we have to reject the idea of Universal Truths because there are no universal truths, there are just ideas that a lot of people agree on. Look at the impeachment divide: Is the impeachment a witch hunt or a delivery of justice? Well, who are you? Your identity, the stuff you’ve packed in your jar, will govern your view of the whole mess.

And our characters are the same way. The ideas they’ve packed in their jars, consciously or (much more likely) unconsciously, will become the organizing principle for the way they view the events in your story, that is, the wilderness of the narrative is measured by the protagonist’s jar (the protagonist owns the story). The randomness and chaos of reality, the background of your story, falls into place in the context of your character’s identity.

Character arc, then, may mean that the the jar breaks–I just found out I’m a werewolf, gonna have to start over on my idea of who I am–or that parts of the contents change–this event made me see that I was wrong about this one aspect, going to have to shift my worldview to accommodate that–but it’s always going to mean that the jar changes. And I’m really starting to think that the best stories are the ones where the protagonist’s jar gets smashed and she or he has to start over again.

Which brings us to conflict, two characters who are fighting for their jars’ control of the wilderness. The protagonist puts her jar down in the randomness of reality and the antagonist puts his jar down and the two stare at each other across a gulf of chaos, struggling to be architect of reality, to make his or her jar the defining principle. That struggle is in itself an organizing principle, it makes the wilderness/random events about this fight and turns it into a plot that ends with one jar in control of the landscape.

Yeah, I’m overthinking this, but I like this approach to identity. Feel free to tell me I’m nuts in the comments.

Also, I love that damn poem. Thank you, Wallace Stevens.

20 thoughts on “Today in Overthinking: Identity and the Jar in Tennessee”