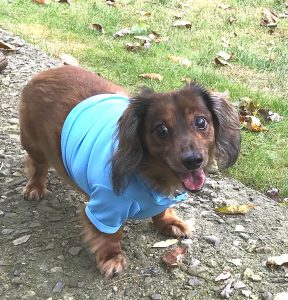 The vet suggested Veronica start wearing t-shirts because her legs are so short (inbreeding, do not do it) that parts of her chest hit the ground, so we stopped by Petsmart and found a pink t-shirt that said “Miss Understood” on markdown ($2.50!). I tried it on Veronica in the store, and she not only was not traumatized by the experience, she clearly felt this was what her life had been missing up to now. However, she is a dog who’s built very close to the dirt, so that shirt was going to get grubby fast. I went on Amazon, found cheapo shirts and ordered several. When they came, I tried them on Mona and Milton, too, and discovered a new happiness: Dogs in Shirts.

Mona and Milton were not nearly as happy with the idea of dressing up as Veronica: Their shirts were too small, so I returned those and got different ones. Mona is now happily rocking a blue and white striped tee, and Veronica keeps her Miss Understood shirt because it’s perfect for her. Milton continues to reject all sportswear, preferring to go natural, but I’m sure it’s just a matter of time, or more precisely, temperature until his old eyes start looking at quilted hoodies as a Good Thing. 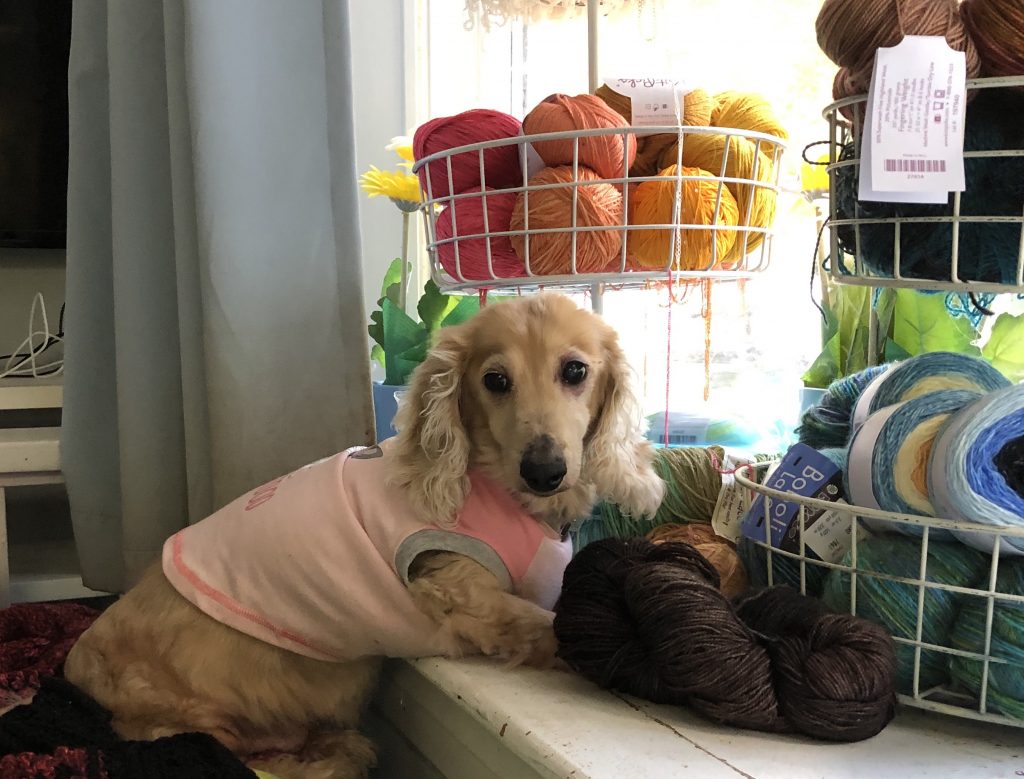 What was your happy this week?

51 thoughts on “Happiness is Dogs in Shirts, aka Your Moment of Dog”