Pizza is such an amazing food, so versatile, can be so healthy, no forks needed, it’s just a genius culinary accomplishment. I have also lately become a convert to mozzarella and tomato slices on naan, which I feel is close enough to pizza to qualify. Maybe some mushrooms, a scattering of oregano, maybe a little basil, possibly some onion . . .

A local pizza place does a great Chicken Caesar salad pizza. The crust acts as a giant crouton, and then the dressing is the sauce with chopped lettuce and chicken as toppings. It’s really good. My fave regular pizza? Onion, mushroom, black olives. The basics. 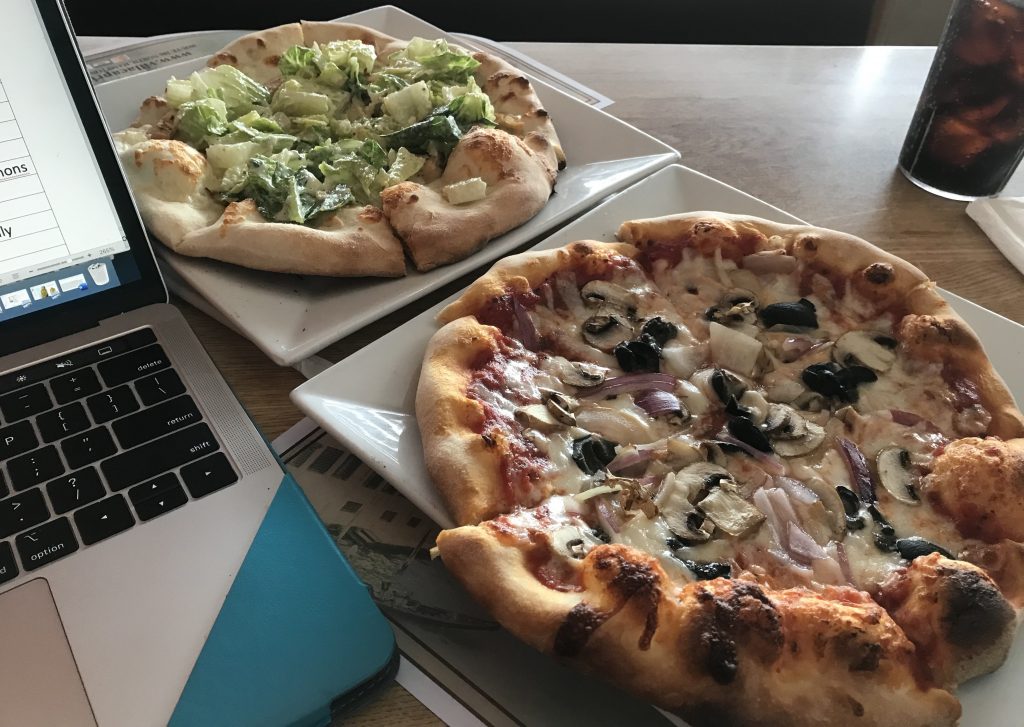