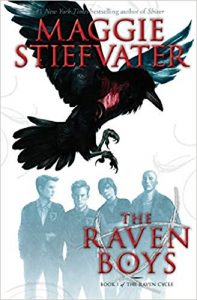 I found a great new (to me) YA author and read a four-book series of hers: Maggie Stiefvatert’s Raven Boys series. Supernatural plot with a great cast of characters and some lovely writing. A girl named Blue who amplifies supernatural powers meets four boys from an expensive finishing school who turn out to be more than they seem. You know how I love team stories, and this one is surprising in its complexity, one of those stories with interlocking parts that act like gears. Also the all-female family crammed into Blue’s house is another team/family of interesting complexity. And then there are the Bad Things. Lots of fun.