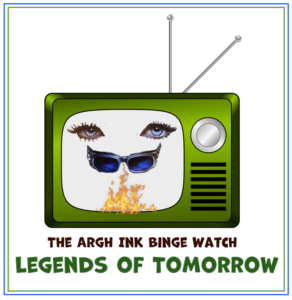 There was a new episode of Legends earlier this month (last new one until the end of January), and it showed why Sara is a good team leader, in the same league as Nate and Finch. For starters, she’s a real mother, in every sense of the word.

I hesitate to say that a team is a family because it isn’t always. Many teams stay professional without developing familial relationships. However, those teams aren’t in stories. In every team I looked at (admittedly not that many), once the team got over three, the team leader took on a parental role. Even Michael in Burn Notice acted as a parent/big brother to Nate, possibly because he really was Nate’s big brother; he pretty clearly mentored Jesse, too. Sam had been his friend, Fiona had been his lover, Madeline was his mother, but he pulled them all together so that they all went to Maddie for mothering just as they went to Michael for leadership. I know that sense of community is important in 21st century storytelling, I know that family is important in a lot of women’s fiction, I know that the family-you-make is really important in reality, especially now as politics divides so many of us. So it makes sense that a good story team also slowly becomes a family.

Which leads us to the story team leader as Mom or Dad.

If you define parenting as directing, mentoring, and watching over people you love so that they are productive and happy while you’re keeping them safe, I think that’s also a good defnitions for a good story team leader. In a team story, the relationships are where the real juice is; the plots are crucial, of course, but the relationships are why we keep going back, which is why even a bad episode of Leverage, for example, is fun to watch. I think of the last flawed season of that show, and I know rationally and technically that they had the perfect story act and finale in the first four seasons, but I still want season five, and I’d have loved six, seven, eight, to infinity and beyond, because I loved those characters. And one of the strengths of those relationships was that Nate basically adopted Hardison, Eliot, and Parker, and Sophie became Mom after the first season; Eliot makes that canon when he tells her “We need you to look out for us.” It’s one of the many reasons that the Leverage team is so compelling.

The leader-as-parent is less evident in Person of Interest, but I think it’s still there in Finch as the calm voice of reason directing the group while, below the surface, he obviously cares desperately about them. He acts as a wise father (telling Reese he needs a purpose), a scold (asking Shaw to stop killing people), and a disciplinarian (sending Root to her room when he locks her in the library), and they all accept and follow his rules (even Root voluntarily goes back to being locked in the library after they save Reese). And at the end of Season Four, that becomes canon when the Machine calls Finch “father.”

But somebody should have called Children’s Services on the first seasons of Legends. Rip was often abusive, yelling at his team, lying to them on several occasions including the night he gave them the reasons they should join his team=, endangering them constantly, not just because his plans were so bad but also because he was willing to sacrifice them to save his family (for an example, see what he did to Jax at the end, sending him to the engine room to be poisoned). His incompetence just increased his failings as a father to the team. 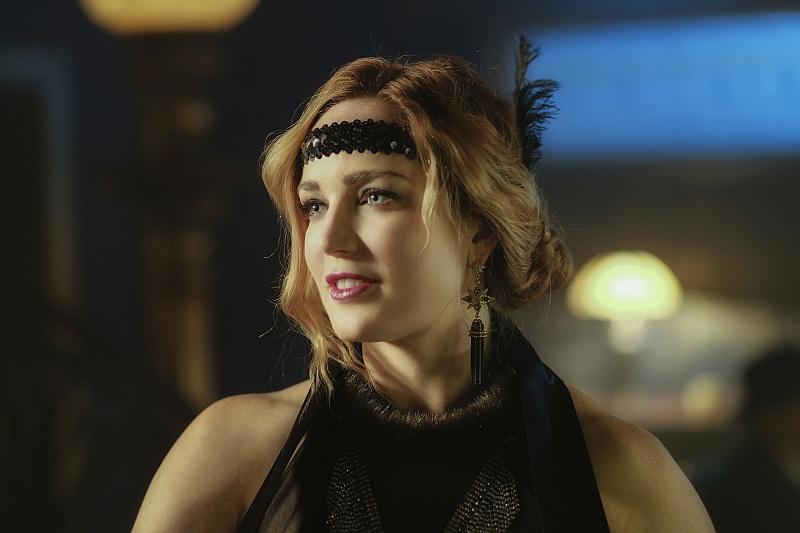 In the second season, however, Sara steps in and becomes the Good Mother. She’s younger than all but one of her team, but it doesn’t matter: she has the authority and she uses it to direct, counsel, discipline, and support. It doesn’t hurt that she’s also the best fighter they have so that when she says, “This tactic is best,” nobody argues. But I think the thing that makes her such a superior leader is that she knows her kids. She knows where each of them is strong and where each is vulnerable, she knows who’s best skilled for each task and how to direct them within a job, and she knows how to pull them back together after they’ve finished, making sure they’re all back to safety physically and emotionally. And it’s all done naturally through the give and take of the characters. Unlike Rip, Sara does not call them all together to make speeches and tell them who they are; instead they gather to make plans and then she tells them what they’ll be doing based on what they’ve decided, an entirely different approach that makes them a team instead of employees. Sara, in fact, is a damn good template for any story team leader.

The latest Legends episode, “The Chicago Way,” pretty much lampshades the whole Mom and the team as family bit.

• Ray and Nate are horsing around in the cargo bay which is dangerous (they blew a hole in the side of the ship the last time), and Sara shuts them down before they can do any real damage. “What do you think you’re doing? Don’t make me come down here again.” When she leaves, they mimic her like two junior high kids, and when she comes back and yells “Hey,” they shut up and all but shuffle their feet under her glare. “What’s wrong with them?” Jax, the youngest team member, says. “Sibling rivalry,” she tells him, which Ray and Nate reinforce later when they steal Al Capone’s ledger and one says to the other, “Bro hug?” and they do some geeky shoulder checking.

• When Mick refuses to leave the ship like a rebellious teenager, she says, “Fine,” and leaves Amaya to babysit him; but when Sara is captured, he steps up as Lancer and becomes the second-in-command, leading the rescue, fulfilling her faith in him as the oldest (skill-wise) of her kids.

• Sara tells Stein that she learned to respect the timeline from him, giving him that respect in return as a way of honoring the family elder. And because she’s noticed that he’s been different, she prompts him to confess his aberration and then supports him when she learns about his daughter.

• At the end, she flat out says: “Maybe some things are more important than history. You know, you, me, this team, we’re a family. A messed-up one, but still a family. I may not be able to save Laurel, but I can protect this family.”

I think the whole team-as-family is a way of marking the emotional growth of the group. They assemble (or are assembled) for a purpose, and once they evolve to all accept that purpose as their mission, they begin to connect because of the common belief, building those personal relationships among themselves that naturally fall into parent/child, elder/younger, and sibling connections. Once emotion becomes part of the team connection, the family analogy is inevitable.

So Nita, who is automatically mentoring Button, has that going for her, although I should hit that harder in that first scene. Nick is definitely in a superior position over Rab, so mentoring once things start to get dicey and they start working together is a natural (he’s already mentoring Dag). Nita wouldn’t mentor Mort, he’s her twin, so maybe that’s why he’s going to be more peripheral than I’d originally thought. Max is the fifth member, or at least the guy who keeps popping up, and while he’s Mammon’s right hand man, I think he’s a young Nick in a lot of ways. I can definitely see Nita taking over Rab and slapping Max down, not sure about the relationship between Nick and Button, but that has interesting possibilities. And then circling around all of them on the periphery are Mort and Dag and Daphne and Keres and Vinnie and Mammon and Sequins and Joey and the biologist-to-be-named-later. I can also see Nita trading off leadership with her Lancer, Nick, depending on whether it’s an island conflict or a Hell-ish conflict, the two of them acting as parents if you squint your eyes.

It may just be that I like the team-as-family approach because it plays to a romance writer’s strengths: relationships.

So then drawing from the Legends’ Binge Watch:
• The team leader has to show she’s the natural leader, not just announce that she is:
That’ll work for Button and Mort, and by the end of Act One, it’ll be natural for Rab, too. Max may take awhile.
• The team members have to begin to respect the leader and choose to follow her because of what she does, not what she says.
I think by the end of the second act, that’ll be a given because so much more about Nita will have come to light, and she’ll be so much more confident.
• The team leader has to show she respects the team members by asking for help when she needs it.
I definitely need this in the first scene, at least foreshadowed.

And then do all of that for Nick, too.

Plus there’s the general good advice not to lie to your team, put your team in danger to achieve your own selfish ends, or waste your team’s time while you navel gaze. Basically, do the opposite of whatever Rip Hunter does.

9 thoughts on “What Have We Learned From This Binge Watch 2: What Makes a Good Story Team Leader?”