One of the major problems of this season is that it’s so damn complex. Finch has to be a professor and deal with students, Shaw is still selling perfume and driving the getaway car for thieves, Reese is buried under paperwork while trying to save people, and only the Machine knows what Root is doing. And then there are the numbers . . .

“Nautilus:” Samaritan is recruiting, luring a brilliant young mathematician into danger to dismantle a Blackwater analog that’s in competition with Samaritan. Finch tries to save her, but in the end, it’s Samaritan who rescues Claire and enlists her on its side. This is not good. 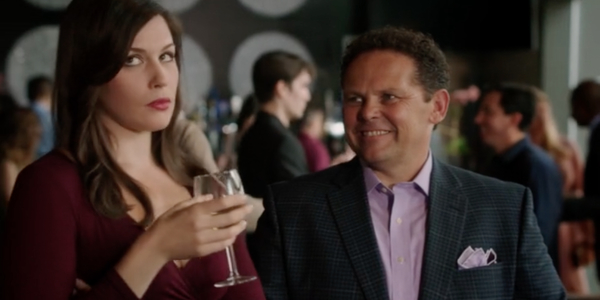 Which brings us to “Wingman.”

The gang is still in disarray, all of them going in different directions, and that fragmentation is nicely captured in the fractured storylines:

• Finch has rejoined the Gang but refuses to follow the Machine’s orders because she ordered the hit on the senator, which in retrospect would have saved the world, but hey, that’s the past.
• Reese is having trouble being a color-in-the-lines cop, and Fusco is getting fed up with him, not to mention the new captain is on their case to solve some cases.
• Shaw just wants them all to get over themselves and get back to work.
• Finch is running out of money.
• The number of the week is a pick-up artist and Fusco gets to be his client while trying to figure out what his problem is. It’s very symmetrical: the number figures out Fusco’s problems with women, and Fusco figures out the number’s problems with the people trying to kill him.
• The Machine sends Root to take Finch on a scavenger hunt, neither one of them having any idea of what’s going on.
• Reese starts cracking cases to get back in the captain’s good graces and to cover for Fusco who’s off with the number.
• Finch has to pretend to be a badass to buy arms he has no idea what to do with.

Chaotic, right? That’s the point. Structure in fiction is meaning. The way a story unspools tells part of the story. In this case, the Machine Gang is fractured, so the story is fractured. And as the Gang begins to come together again, so does the story.

Yeah, that’s great in theory, but chaos as a symbolic representation of the state of the Gang only works for so long before viewers start getting restless due to the WTF? syndrome. So why do we stick around for “Wingman?”

1. We really like these people, and they’re all under pressure, but this time, it’s comic. Person of Interest is fun tonight!
2. There’s enough repetition and therefore pattern in the chaos to keep us from getting confused. Fusco and Shaw stick with the number, as Fusco strikes out with three women. Reese hunts down three murderers. Finch and Shaw meet with three crooks. The rhythm underneath the seemingly unconnected scenes creates that feeling of authority in the text: somebody’s in control of this story.
3. The individual scenes are terrific, each one just interesting/fun/exciting enough to hold our attention even though we’re not sure how it all goes together.
4. And then it all goes together, Reese and Shaw converging on Fusco and the number, while Finch and Root follow the breadcrumbs put down by the Machine to foil many bad guys and take control of a large cache of weapons and several duffel bags full of cash.
5. And just to hammer the point that the center is beginning to hold again: A great new center of operations in an abandoned Art Deco subway platform. They are off the grid, under the radar, and back together again. 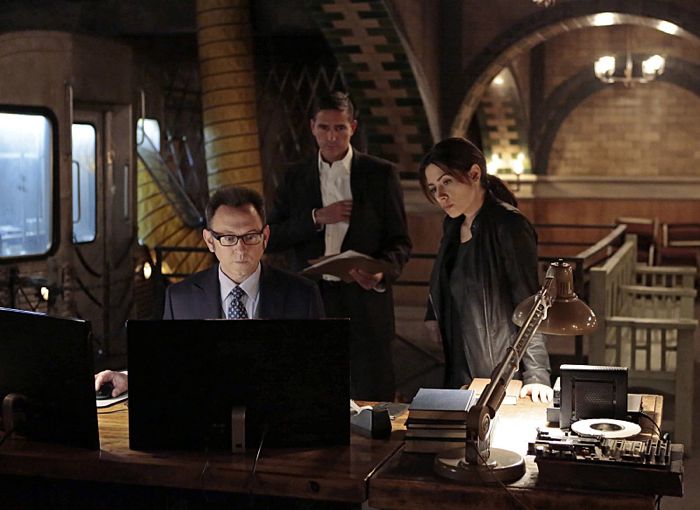 Weakest Parts
• They pretty much nailed this one, too. SO helpful staying in the now of the story.

Smart Story Moves
• The Pick-Up Artist is a good guy, giving Fusco good advice.
• Finch refusing to sell a rocket-launcher, which seems like a crisis but turns out to be part of the Machine’s plan, too.
• The use of the rule of threes to organize the different plots and subplots.
• Using the structure to tell the story, the fragments all coming together to make a whole in the end. 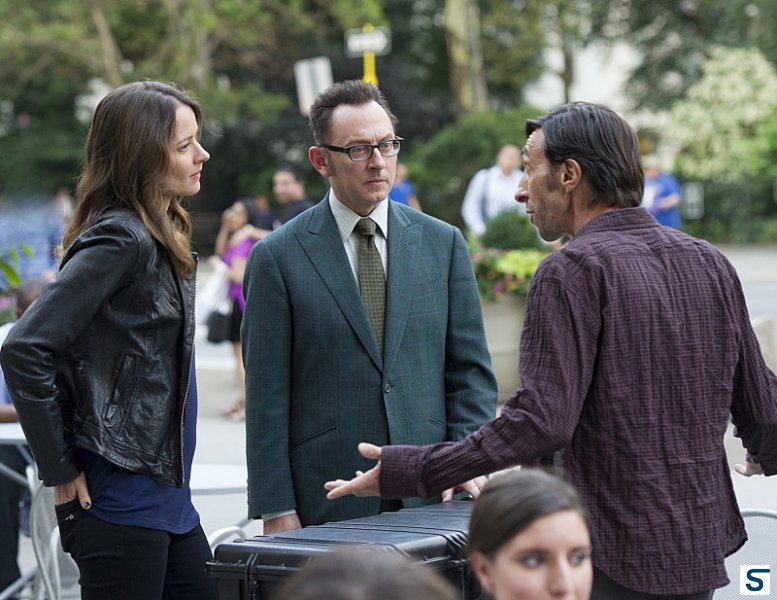 Favorite Moments
• Finch being a badass, channeling Reese: “She’s none of your concern.” So wonderful.
• Fusco trying to be smooth. And then getting better, slowly. Also, looking good, Fusco.
• Reese’s third homicide dovetailing with Fusco’s number.
• The captain wondering about all the shots to the knees (Finch has done good work there in training his sociopaths to aim for the knee.)

Ominous Moment
• “What’ll we do with the missile?” “I’m sure we’ll think of something.”