My love for “The Devil’s Share” as great emotional storytelling will probably never be surpassed, but “If/Then/Else” gets my vote for the most mind-boggling forty-five minutes of scripted TV I’ve ever seen. And it’s all because of point of view, the wonkiest of writing techniques.

Point of view is a pain in the ass to navigate because it’s always a win/lose choice:

• Go with first person and it’s immediate and intimate, drawing the reader in. But you get no distance at all and you’re stuck with only what that character can see, hear, or feel.

• Go with third person omniscient and you’re God: you see, hear, and feel everything, skipping from head to head, creating an overview of your story world. But you lose intimacy because you’re in all those heads; omniscient PoV by its very mechanism makes the reader an observer, not a participant.

• Go with third person limited, and you get the best of both worlds, intimacy with distance, the possibility of switching PoV from scene to scene (never within a scene) to create a more dimensional world while keeping the reader closely tied to the protagonist of the scene. But as with so much else in life, splitting the difference also means splitting the impact. You get a sense of intimacy with the character but you’re not really part of him or her; you get a sense of the world as a whole but nothing as grand as you do with omniscient. And it’s SO easy to slip out of; headhopping and authorial intrusion plague this viewpoint like ticks in a spring meadow. 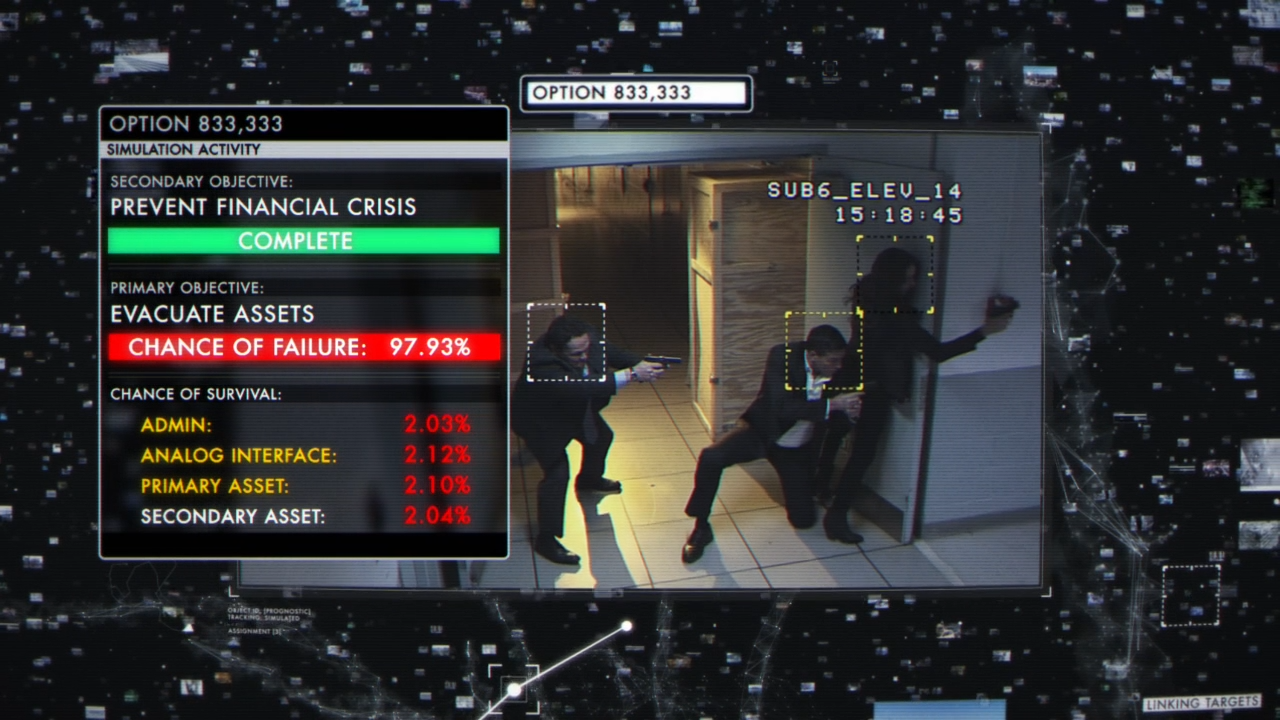 All of which brings us to “If/Then/Else,” one of the best explorations of PoV in a TV episode, combining almost omniscience (the Machine can see the entire building through the security cameras) with almost first person (we’re deep within the Machine’s simulations, not objective reality). 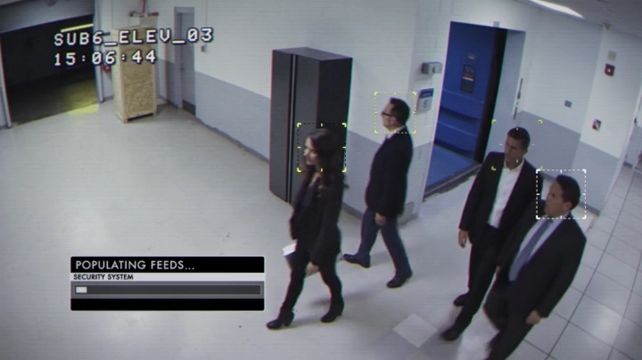 The show has featured the Machine’s POV from the very beginning: starting with the second episode, the credits introduce the cast from the computer’s viewpoint, enclosing their heads in color-coded squares, listing the vital info underneath. When the Machine is under attack in Season Four and shuts down, the credits shut down, making it clear that Machine view isn’t just a stylistic touch, the Machine is a character. But it isn’t until “If/Then/Else” that you realize just how much of a character the AI is. Root knew from the beginning; her joy at bonding with the Machine at the end of the second season looked like lunacy to reader/viewers then, but she knew she’d found a partner and that she’d never be alone again. (Okay, she was nuts and thought the Machine was God, but she got that it was a sentient being.)

“If/Then/Else” is the point in the story when the rest of us catch up to Root. It’s a brilliantly clever way of making the Machine human, taking the “artificial” out of Artificial Intelligence, and making us fall in love with her because she’s no longer an “it.” It’s also just great storytelling and great fan service. If you’ve stuck with PoI for three seasons, this is your reward. 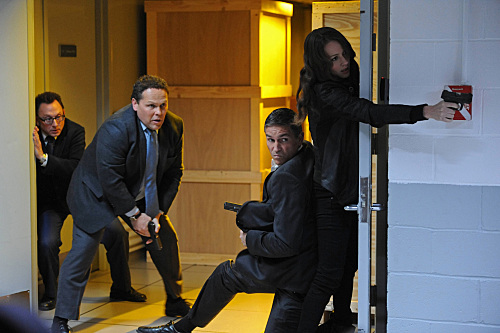 The story begins with the stock market crashing, the Gang racing to stop it, and Greer sneering his plan to stop them. Yeah, yeah, yeah. Then Shaw ends up in a subway car with a bomb and Samaritan takes over the building: “It’s a trap.” They take refuge in a break room, under heavy fire, and time slows down as the machine runs through strategies . . . and then there’s a flashback. Grrrr. Okay, it’s a great flashback, but still. Then Samaritan closes in, Shaw gets arrested and they lose the code, and . . .

Here’s the reason I love that move (after the first time I saw it; the first time I was appalled): We know that PoI does not do Gotchas. That is, we know that they know that we know that he’s not dead. This is not going to be a stupid plot move, not a moment of false suspense, not schmuckbait. This is going to be like everything else on PoI, important. But Finch cannot be dead. So the screen goes to Machine View and says, “Simulation terminated.” The scene resets, and we’re back in the break room, and the clock on the screen shows us that only seconds have passed: We’re in the Machine’s POV and it’s running simulations, trying to find the best way to rescue its gang. And then another freaking flashback “A second is like an infinity to you.”

The team comes out blazing again, this time going in opposite directions, Shaw gets arrested again, they break into the computer room and

And then Root asks Shaw if there’s any chance for them before stepping out into a hail of bullets . . .

Now the Machine starts another simulation, and its true power is revealed. This isn’t the second simulation its run in as many seconds, it’s Simulation #833,333. The Machine isn’t just fast, it’s a superpower.

This time they’re sticking together. And then this happens:

On first viewing, this is just funny fan service. Actually, it’s funny on every viewing. It’s just not until I watched it for the second time that the elephant-shaped other shoe dropped: the Machine has a sense of humor.

Fusco kissing Cocoa Puffs is funny, their exchange afterward is funny, none of it really happened, which means that the Machine made a joke. Not only that, it made a joke based on its knowledge of the people in the Gang. The Machine Gang isn’t the Machine’s operators, it’s her family.

We’re still in the simulation, more seconds pass, Shaw manages to get the code, but their chances are dropping, time is running out, and something brilliant happens: the Machine starts conserving time by short-handing the conversations, showing how deeply it knows not only the characters of the members of its team but also their relationships. And again, it’s funny as hell. “Playfully witty sign-off.”

They enter the computer code, establish their escape route, but then they’re trapped. Which is when the Machine starts calculating on the screen their survival chances: 2%.

So here’s the thing about that: We trust the Machine, we believe the Machine always knows the odds, so it’s a terrifying moment . . .

And then we get another damn flashback. “The lesson is that anyone who looks on the world as a game of chess deserves to lose.” Yes, it’s a great flashback, but still. 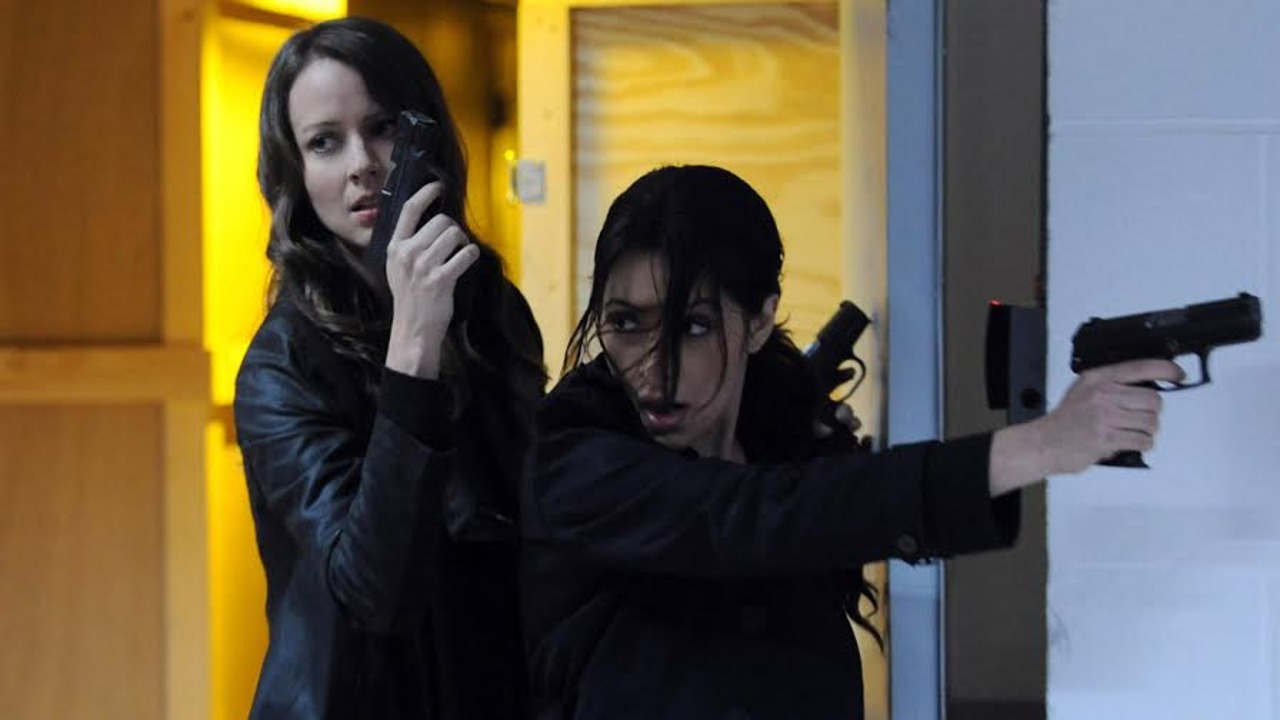 Then we’re back, the screen says “Contacting analog interface,” the simulation starts all over again except this time the dialogue is different, it’s not a simulation, this is the real thing, Root saves the Degas, Shaw saves the train, they get the code, Finch uploads the program, the stock market stabilizes, the day is saved, Finch starts the generator, they cut the cable, but Samaritan is there, Reese is hit, Root tries to flirt again, but Shaw is there and the chances of survival skyrocket into the 90th percentile right there on the screen (one of the very few moments watching TV that I actually said, “YES!” out loud), and we know they would because Shaw is a badass, she’s the hero who kisses the girl and guns down the baddies, it’s going to be okay, she rallies the troops, but they’re trapped, no way out, so Shaw kisses Root and sacrifices herself, going down in a hail of bullets as the Machine reads “No valid option.”

Or at least she takes several bullets as the elevator door crashes down and there’s a sound like a shot. Root refuses to believe she’s dead, and once again Cocoa Puffs is the only one who knows what’s really going on, but my god, that’s a sucker punch. And it’s also another example of the beauty of doing this from the Machine’s POV: if the Machine is human, and she is, then she’s fallible; she’s not God, she’s just the smartest member of the Machine Family, and even she can’t save Shaw. When the Machine finally shows her humanity, she shows her vulnerability, too, and by extension the vulnerability of the team at the moment of their greatest danger. 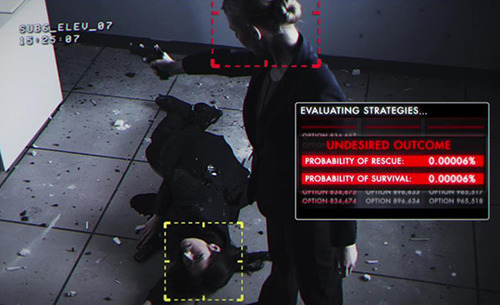 You cannot tell this story from any other PoV than that of the Machine. You can deliver the action from another PoV, but you cannot tell this story with this impact, with these layers of realization, in any other PoV than that of the Machine. The biggest emotional roller coaster of the series (so far) is told from the PoV of a computer program, and absolutely everything else that follows–the action sequence, the character interactions, the dialogue choices, the humor, the horror, the impact of the stunner of an ending–comes directly and solely from the Machine, which is now a complete character with passion and humor and drive.

THAT is the power of point of view.

Weakest Parts
• All the “As You Know” dialogue. The beginning really bogs down with it.
• Freaking flashbacks. I’d actually blocked them from my brain, preferring to think of this as perfect.

Smart Story Moves
• The Machine PoV that changes as things get desperate. She doesn’t just change her approach, she changes the way she thinks.
• Keeping the data on the screen to remind us we’re in the Machine’s PoV, to show us how wickedly fast she is, and to keep us on the edges of our seats because of that damn probability percentage.
• Moving that probability of survival up so fast and so high as soon as Shaw enters: it’s an absolutely exhilarating story move before the gut punch of the ending.

Favorite Moments
• The Degas: the Machine knows his Finch.
• “And Martine, enjoy yourself.” Bastards.
• Fusco kissing Root: “Why not? We’re in a simulation.”
• Shaw kissing Root: Shoot! 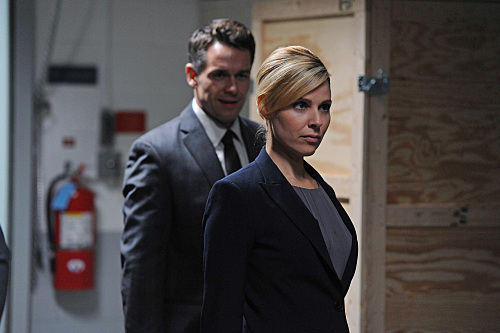 Ominous Moment
Anything with that bitch Martine in it.

11 thoughts on “Person of Interest: If/Then/Else: Point of View as Meaning”