Once you have your story world and people in place (usually after the first act), you can start to layer your characters (and your plots and subplots, but that’s tomorrow). By Season Two, everybody knows how the Machine works, that it also works for the government, that the agency it works for is ruthless and doesn’t hesitate to kill anyone it thinks might be a threat to the Machine. At that point, it’s time to change things up. Things are going to get worse, yes, but they’re also going to get more complex.

One of the many things PoI did during their second season to shake things up was introduce Samine Shaw, the female Reese and Root’s opposite number. Shaw would be a tough sell–she’s an emotionless, remorseless killer for the government–except that she’s also highly skilled and fiercely loyal. (And she’s played by Sarah Shahi, which is really all we need.) So what we have in Shaw is a very dense character in that she’s so many layers of dysfunction while being highly functional. In order to show that, PoI gives her The Day That Is Different, the day she realizes that the people she’s given her life to are trying to kill her. The writers also did something I don’t think you can do in a linear novel: They made her the point of view of character in the story. PoI is almost always told from the PoV of Finch and Reese, but this one is all Shaw. She’s the number of the week, but we don’t know that until ten minutes in when Reese shows up to save her and she shoots him. 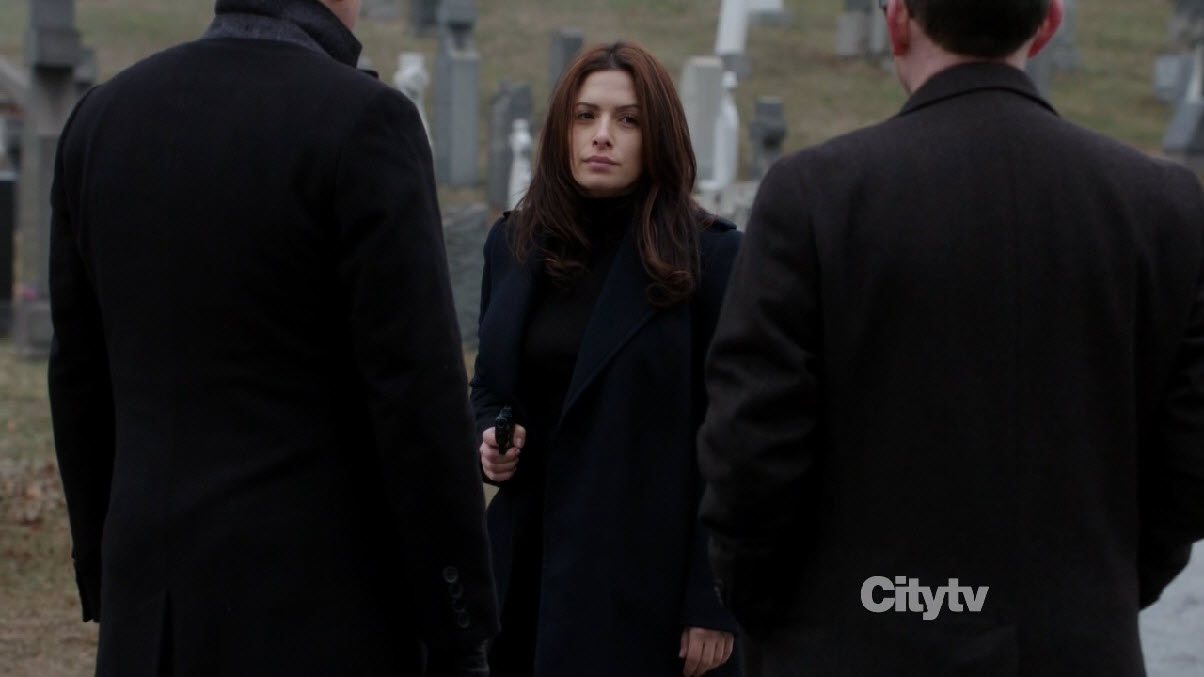 Instead, we get a character that’s swiftly introduced in action (the fastest, cleanest way to show character) and in interaction with another character important to her (the second fastest way to show character, through the eyes of someone else). She and her partner, Cole, clearly have a close working relationship, and that’s really all we need to know–she’s skilled, she’s fiercely loyal, and her closest relationship is with Cole–before the employer she’s loyal to rips Cole away from her. All she has left now is skill, and the rest of this episode is just that: action scenes that build her character in layers as she goes after the government, implacable and incredibly dangerous. Reese and Finch (and Carter and Fusco and Leon and Bear!) show up, but only as supporting characters, conservationists trying to save a wild animal, and when Shaw drives away at the end and leaves them stranded, we can only hope that she shows up again. (Yay, she does!).

Weakest Parts
There are no weak parts.

Smart Story Moves
• Using the Machine view in the titles to switch to the Machine in government mode, interrupting Finch and showing the PoV switch.
• The first scene with Shaw getting coffee and telling the terrorists she doesn’t speak German, just a nice girl in trouble, then taking out the bad guys. It’s a character reversal that first invests us in her nice-person charade and then shows us she’s so much more. And it’s fast.
• Taking a significant chunk of the opening to show Shaw and Cole in action together, even though what they do will not have an impact on the rest of the episode. What does have an impact: their relationship and their skill-set. They work as one person, so when Shaw loses Cole, she loses a part of herself.
• Shaw’s attention to detail, and her nerveless response to danger, again shown in action. Action is character.
• Cole saying, “Control called, we got another number,” which sets Shaw and Cole up as the government’s Reese and Finch in six words.
• Cole and Shaw’s argument over where Research gets its numbers. Shaw’s “Research is never wrong” shows her intense loyalty and also sets her up for the fall. It’s a brilliant moment of brief dialogue that reinforces who she is.
• The whole “I’m going to stitch myself up with the help of drug dealers” sequence, especially the part where Shaw gives her backstory in about three sentences while she’s dressing her own wound and then while she’s facing down the other drug dealer. This is a great way to give character history while also showing that Shaw is implacable.
• The soft-spoken government guys hunting Shaw; they’re murderous and evil, but they admire her skill. When the bad guys admire you, the viewer/reader knows you’re good.
• The calm way Shaw talks to the Special Counsel, underscoring how powerful they both are and how controlled they both are.
• Finch letting Hersh kill Shaw before they brought her back so that the government thinks she’s dead. I know that’s not character, but it’s such a great story move, it needs a shout out along with the freaking pacing in this thing; even the quiet moments are tense.

Favorite Moments
• Shaw flipping her knife open. “I’m getting my bullets back.”
• “No, just yours.” Cole was great.
• The brief scene of Root as Control’s secretary.
• “Did you ever have a staring contest with a fish? No eyelids.”
• Shaw on the couch, drinking a beer next to the guy she just killed.
• The first shot of Root as Veronica, pulling the story back to the Machine Gang and frenemies.
• “I kind of enjoy this sort of thing.” “I am so glad you said that. I do, too.” The start of Shoot.
• “Can you not shoot me this time?”
• “A good soldier does both.” Great moment of revenge.
• Fusco and Carter on the scene.
• Leon bitching because Shaw tried to kill him.
• The music: “The Future Starts Slow” by the Kills, over the final scenes.

Basically, everything in this episode. It’s flawless.

11 thoughts on “Person of Interest: Relevance: Building a Complex Character”