So why do so many of us love Shaw so much? 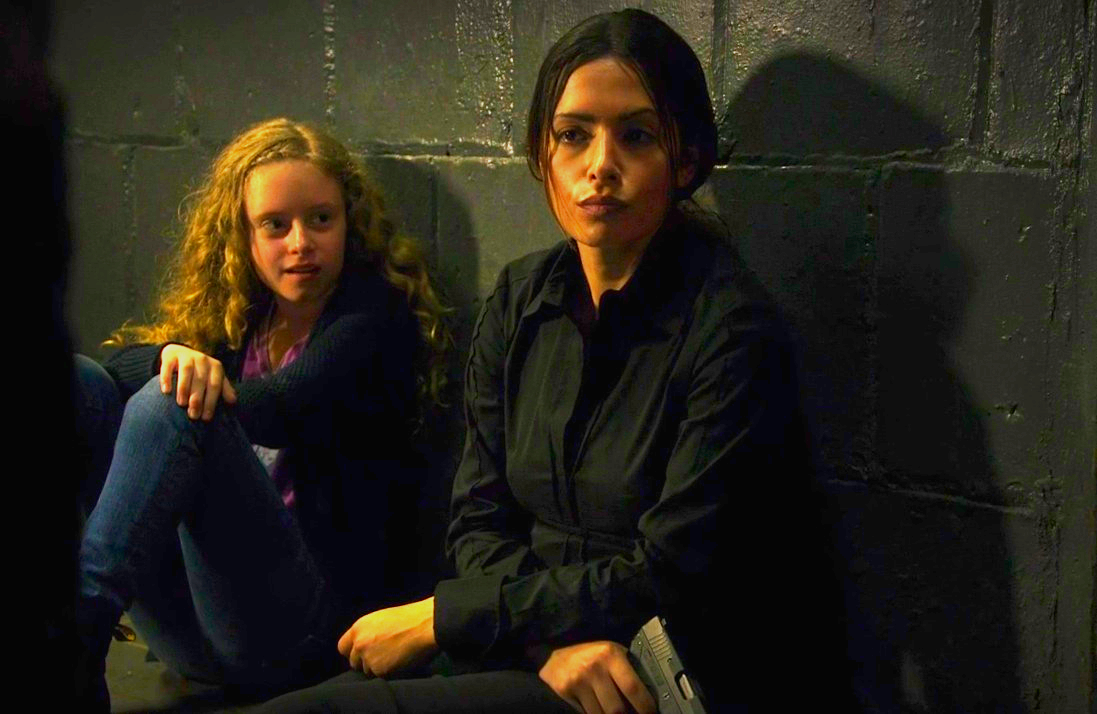 One reason is because the depth of her personality is revealed in her relationships.

Relationships are an excellent way to characterize because they’re action: we’re not told what kind of a person a character is, we see it in the way he or she interacts with others. We use this all the time in every day life. The classic is the date who is rude to the waitress; that’s the only date that person’s going to get. My go-to example for action-as-characterization is also a relationship example: If somebody says “I love dogs” (a relationship declaration) and then kicks a puppy (a relationship action), which do we believe?

But we also evaluate what other people in relationships with that character say. If one of the people I trust says, “Not that guy,” I’m not going to trust that guy. But if somebody I don’t like says, “Not that guy,” I’m going to look at that guy more closely, the old “the enemy of my enemy is my friend” in effect. That’s why one character on her own, sittin’ and thinkin’ is not very interesting, and another character on his own, sittin’ and thinkin’ is not very interesting, but those two characters together in action can be great story. (One comment I loved on the first scene between Nita and Mort was that some people liked Nita, a very Shaw-like character, because Mort, a much more accessible character, obviously not only loved her but liked her.)

That means that relationships are one of the best methods for characterization because they’re played out in action and conflict between characters, developing both. So let’s look at Shaw, the most isolated character in the PoI cast. (Okay, maybe in a tie with Root.)

The problem with a low-affect character like Shaw is that we have difficulty establishing an emotional connection. Shaw’s never afraid, never sad, rarely happy. She’s excellent at anger but even that is a cold, calculated anger; we never see Shaw in a rage. But the flip side of all of this is that when something finally does reach Shaw, the impact is enormous. It’s one of the biggest reasons we connect with her in her introduction in “Relevance.” Cole dies in front of her, having obliquely said he loves her (“Just you.”) and the look on her face says she’s shocked, but more than that, she’s in pain. As she tells the bad guys later, “I had one friend, and you killed him.” (It should also be noted that having Sarah Shahi play Shaw is a big factor, too. With this and Life, Shahi pretty much has the Grim Bitch We Love role staked out.)

Shaw eases that pain the only way she knows how–she kills the bad guys–and the experience doesn’t transform her–she’s still a low-affect killing machine–but it does change her, and the PoI writers show that in their usual subtle, effective way: While she’s on her vengeance quest she refuses Finch’s card, but at the end, she takes it. She still drives off and leaves them stranded in the cemetary, but she takes the card. For anybody else, that a polite gesture. For Shaw, that’s a turning point.

And of course that turning point leads to her joining the Machine Gang in Season Three, another huge step in her evolution from completely emotionless and solitary to I’ve-got-emotions-somewhere-around-here-but-they’re-buried-deep and the-only-one-I-like-is-Bear. When those emotions are finally dragged to the top, it’s because of Shaw’s core identity: She needs to save people.

That seems an odd motivation for somebody who kills so many (until Finch convinces her to shoot them in the knees instead), but Shaw makes that clear early in “Relevance” when Cole tries to tell her that there was something wrong about their last kill. She tells him that the guy they killed was selling information to terrorists, that they saved people with that kill. She doesn’t enjoy the killing–she doesn’t enjoy anything–but working to save the country was her second choice after she washed out of med school (for not having emotions, as we find out later). She’s not emotional about the saves, it’s just what she does. Until the number is a little girl. We can argue about why Gen is the one that gets to her–my take is because she admires how tough and smart and determined the kid is, seeing a kindred spirit, coupled with the overwhelming forces against her–but there’s no doubt that Gen does. And this episode shows beautifully that while Shaw may have very low affect emotions, once they’re engaged, they fill the screen

Shaw’s character could so easily have been a one-note reversed stereotype, the Anti-Mother, but because of the way she forms relationships–first Cole, Gen, and Bear, and the slowly Carter, Zoe, Finch, Reese, and Fusco–she becomes not just a fully rounded character but a fully rounded character with complicated relationships she’s willing to kill for, even though she’d die herself before she’d admit that. And of course the best relationship of all, the one she fights tooth and nail against, is the one that began when Root holds that hot iron up to her face and Shaw says, “I kind of enjoy this.” Shoot may not be a traditional romance–they’re two borderline homicidal sociopaths plus Root is just nuts–but the depth of that bond is so beautifully built that even if the rest of the Gang goes down fighting, I better see Shaw and Root and Bear in that bar in Cuba, frowning over drinks with umbrellas at the end, with the Machine ringing the pay phone. Shaw’s come through too much to just die in the end.

Weakest Parts
THE FREAKING FLASHBACKS.
I know, I know, I keep bitching about how they kill the pacing (they do) and take me out of the story (they do), but these are particularly egregious because they tell us nothing that Shaw didn’t cover in two lines with the drug dealer back in “Relevance.” I think part of the problem here is that Person of Interest made the same mistake that Arrow did: they baked flashbacks into the regular story structure. (If Oliver Queen had any brains, he’d have bought that damn island and turned it into a Club Med by now.) That means the writers tend to put them in regardless of need, and there is zero need for them here. These flashbacks aren’t even a Wound from the Past (bleah) because Sameen isn’t wounded, it’s just an illustration that even as a little kid, she had an abnormally low emotional affect. So what? What matters is what she is now, not what she was then. GRRRRRRRRRRRR.
• Carter infodumping her plan on Reese. Argh.
• Not sure why they wouldn’t have killed Shaw on the spot instead of waiting, but I’ll give them that one. I want Shaw alive.

Smart Story Moves
• Showing Shaw’s investment in Gen in her conversation with Finch–“Gen. Her name is Gen.”–and her relentless determination to get her back.
• Showing the main plot and the subplot converging by showing Reese and Carter meeting at a street corner. Outstanding visual storytelling that also deepens the tension, followed up by Gen (Shaw and Reese’s number) being threatened by Simmons (Carter’s antagonist). Just a great, great move.
• Brilliant use of subplot: “New gun, Lasky?” Carter’s working with a kid who doesn’t know what he’s getting into, either.
• Keeping Shaw and Gen isolated. PoI doesn’t always save the number (a smart series move) so their isolation increases the danger and the tension, plus Shaw and Gen are so alone for the first chunk of the story that Shaw almost has to bond with her because she reluctantly admires the kid so much. So when Gen gets taken, Shaw rolls out with a this-time-it’s-personal fury that is magnified a thousand times because it’s never personal with Shaw.
• Excellent use of rat bastard antagonists, and then brilliant combination of Gen’s antagonists (Russians) and Carter’s (HR) to make the finale really cathartic and satisfying.
• Establishing Shaw’s dysfunction through Gen’s questions, which are important to Gen because she’s trying to stay alive and needs to trust Shaw.
• Shaw’s blood transfusion; they gave her a back story that helped establish her dysfunction, but they use it for story all the time. Multi-tasking.
• “I’m just not wired for this kind of stuff, kid.” Perfect character arc through action.
• The theme of everybody spying on everybody else, all of which ties back to the Machine watching everybody.

Favorite Moments
• The opening with Shaw. “Here’s your liver.”
• Gen and Shaw treating each other with equal suspicion, both calling BS on each other.
• “Shaw just got made by a ten-year-old.”
• Shaw bugged Finch’s office.
• “I thought you might be a robot.”
• “To be honest, I’m only in it for the dog.”
• Shaw coming out of the steam to rescue Gen.
• “Hey, Finch. How much do you know about chemistry?” “Enough.”
• Carter in the bar, the baddest of bad ass moments, using Lasky’s gun to own him. “You work for me now.” Gorgeous writing and great acting.
• “Don’t sell it, okay?”
• That hug. 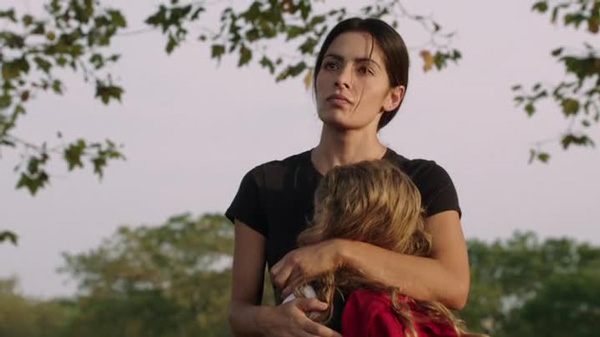 10 thoughts on “Person of Interest: “Razgovor:” Establishing Character Through Relationships”