This was published in 2016 shortly after the cop show Lucifer premiered. I didn’t like it, and I did a rant about it, and then still obsessed with it, I did this brainstorm revision to suit my taste in story, unaware that I’d just begun a new novel, The Devil in Nita Dodd. So this is here to show brainstorming for Nita, even though I didn’t realize I was brainstorming Nita:

I’ve been e-mailing with Krissie who keeps defending Lucifer, and I started to tell her how I’d do it, and I thought, “Wait. Blog post and then everybody can come in and tell me why I’m wrong.” So here’s me brainstorming my Lucifer:

Lucifer appears, fresh out of hell, in a nightclub that’s really rundown and doing no business and tells the owner that he’s new in town and he likes to hang out with sinners, so he’s going to be the owner’s new partner. And the owner–big guy, thug-like, maybe Vinnie Jones, we’ll call him Vinnie–has the bouncer give him the bum’s rush to the street, which Lucifer thinks is hysterical until there’s a drive-by and he and the bouncer go down in a hail of bullets. Lucifer gets up enraged and blows up the tires on the shooter’s car which makes it crash. He runs over, grabs the dying shooter by the throat, and says, “WTF?” and the shooter says, “Yeah, somebody paid me to shoot Vinnie” and then dies. Lucifer turns around and sees Vinnie standing behind him, looking a little pale and a lot angry because Lucifer’s suit is full of bullet holes but he’s clearly Not Dead Yet. Lucifer says, “We should talk. Who wants you dead? Because I’ll need to take care of that, damn it. And I’m on vacation.”

They go back in the club and Lucifer explains that he’s Satan, and he’s just taking a break, counting on God not noticing because He’s dealing with Syria and the Zika virus and Ted Cruz, and he really just wants to have fun–hasn’t had a vacation in millennia–and now thanks to Vinnie and whoever he’s annoyed, he’s going to have to go back to work and punish the bastard AND THAT MAKES HIM ANGRY. Maybe some red glowing eyes here. While Vinnie’s trying to process this–clearly the guy is nuts, but he’s full of bulletholes and he’s not dead and his eyes glow red and now Vinnie needs a drink–and then the cop comes in. I don’t care if the cop is male or female, but he or she asks the smart questions, finds out that Vinnie was the target, wants to know who wants Vinnie dead (Vinnie stonewalls) and would also like to know why Lucifer isn’t dead (“Just lucky.”). The cop leaves and Lucifer says, “Make a list,” and it’s the start of a beautiful relationship arc with Vinnie.

So now I have Lucifer, hoping God’s not going to notice he’s gone, and he’s left somebody in charge, his right hand woman down there, and she phones up every now and then to ask for advice. Somebody young and feisty with a tendency to over-react; he’s hoping she’ll take over for him permanently, so he’s mentoring her. Anna Faris? Miranda Hart? And God never shows up ever in the stories, He’s just a potential disaster, so as long as Miranda keeps a lid on Hell, Lucifer can stay up top and help Vinnie run his bar and have fun with the humans.

Which is another running subplot: Lucifer can’t just wave his hand and make the nightclub a success, he’s going to have to actually work for it, he and Vinnie are going to have to find out why the bar’s going down the tubes and work out a plan, and then he’s going to have to deal with people, doing his voodoo on an individual basis. He’s going to have to break a sweat. And while he’s doing that, Vinnie’s going to stop resenting him and start taking actual glee from the fact that he’s in partnership with the Devil, especially as the club does better. In fact, Vinnie might be getting too enthusiastic, so Lucifer is going to have to keep a lid on him, too, along with Miranda, who’s getting Big Ideas.

And of course, they’ll have to solve the murder which means the cop becomes the third part of the main cast. I’m tired of the tough but beautiful female cop, but I’ve got two male leads here, so maybe the cop is female, and I want her to be an out-of-fucks-to-give kind of broad, a Susan Sto-Helit except not the granddaughter of Death . . .

So Nicole Beharie* is the great-great-great (many more greats) granddaughter of Death, a closely kept family secret, which is why she’s a homicide cop. I could work with that. And she’s not impressed with Lucifer, even after he realizes there’s something supernatural about her, too, and tells her who he is. She says, “Don’t you have a somewhere else to be?” and he tells her he’s taking a vacation, and she looks up at the heavens, and he says, “We’re not mentioning this to Him,” and she says, “You know, I’ll stick around just to see the recall . . .” Anyway, no romance. But the Devil, Death’s granddaughter, and Vinnie the retired rugby player/lousy nightclub runner with lots of street smarts and a punishing left hook . . . yeah, I can work with that.

And then Rachael Harris as the therapist who will be the love interest. And Lucifer will drag her into the nightclub business, using her knowledge of human nature to create something irresistible to club-goers and by the end of the first season, the club’s such a success that other club owners are targeting Vinnie again, and they’ve solved so many crimes that the brass is starting to take a closer look at Nicole because it’s really uncanny how good she is at death and getting confessions, and Lucifer and Rachael are sleeping together in a completely weird but wonderful affair, and Lucifer’s never been happier, even if he has to deal with Miranda trying to franchise the Lake of Fire and Vinnie asking him to send the liquor supplier to hell and Nicole still rolling her eyes, unimpressed, and Rachael making non sequitur but entirely too accurate comments about his deepest torments. And maybe Miranda comes up for a meeting and meets Vinnie . . .

And then God notices.

*Duh. I kept thinking “not quite right” with that list of actresses and then I remembered The Queen of the Side-Eye. Of course if it’s Beharie, I kind of want Lucifer falling for her because she’d take him down. Hmmm. Maybe this isn’t Lucifer, maybe this is Nicole, and the protagonist is a homicide cop who’s the descendant of Death, and she’s managed to keep her secret and then Lucifer shows up . . . 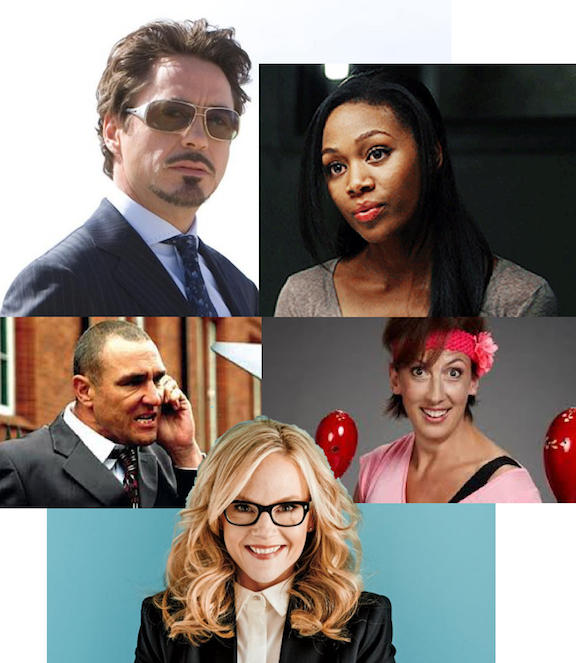 I like that. A homicide cop who’s the direct descendant of Death. Oh wait, I have a better Devil: 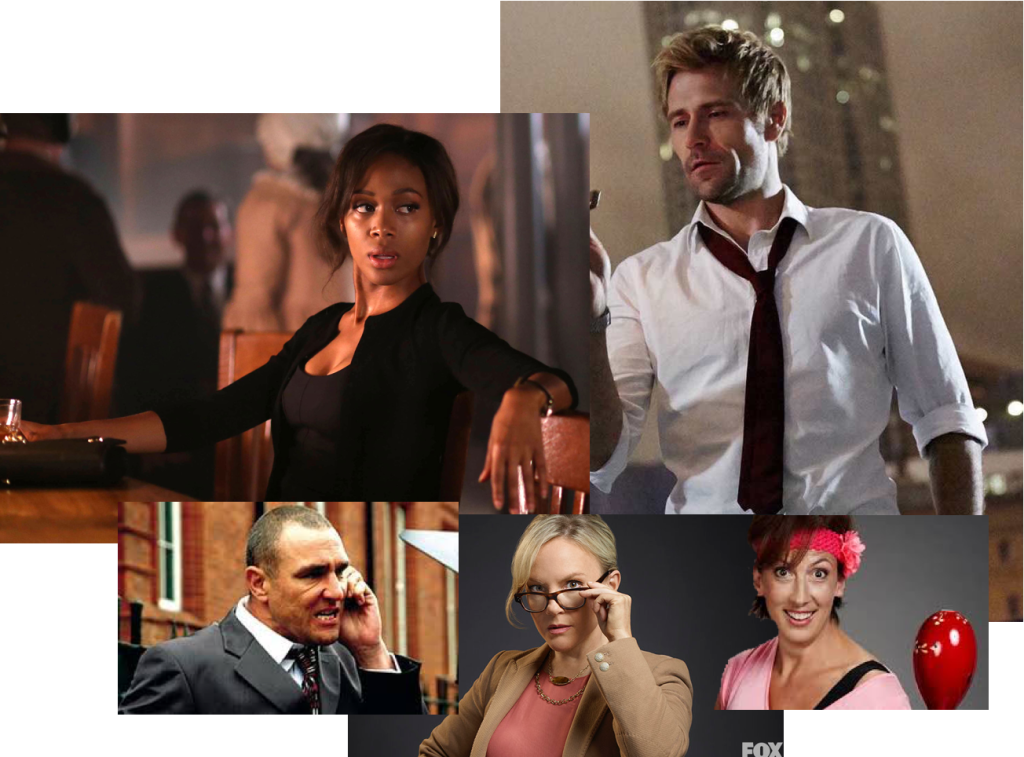 You know, the key here is to keep pressure on the powerful hero because that kneecaps him, and to keep those pressures coming at him from different sides. For example, I’d have Miranda come up for a meeting and end up standing beside a dead body when the cops find her. Now Lucifer has to get her out of custody because nobody’s running Hell, but she has blood on her hands . . . wait, she really did kill the guy. So Nicole’s going to take Miranda in, which is going to cause problems because Miranda’s a demon and somebody going to notice her little habits, and Lucifer really has to get her back on the job in Hell, plus now she and Vinnie have a thing going on (maybe Vinnie decides to help and breaks her out of jail) so Miranda’s thinking about maybe leaving Hell for a nice job in a nightclub where nobody will notice she’s a demon . . .

This stuff writes itself. All you need is a hero beset on all sides and a supporting cast of characters that are liable to do anything at any minute that he has to control. But you’d still need an overall goal.

Maybe Lucifer didn’t come to earth just to have a good time, maybe there’s something he has to do that’s going to take him an entire season. No idea what that is, but that would pull the whole thing together. Plus that would keep him from just saying, “The hell with it” and going back to, uh, Hell when things got too dicey. Hmmmm. More thought needed.

26 thoughts on “My Lucifer”