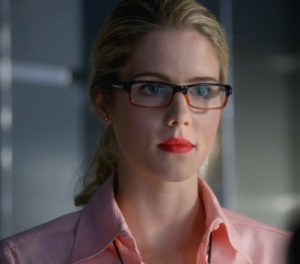 Sometimes one character can upset a whole story plan.

Several years ago, I decided to write a book with Davy Dempsey as the hero. The first scene was on a boat where he was doing something nefarious–I forget what–and he ran into a woman who was also doing something nefarious and they were threatened by somebody with a gun and escaped and ended up in a room–this was a long time ago, people, I do not remember the details–and banter ensued, and I knew it was going to be terrific because I had this plan: he was a conman and she had two distinctly different lives and personalities she was living, and I’d done all kinds of research on the Double and the Shadow, and can you just imagine the chemistry of two people who were that duplicitous finally making a connection?

So Davy was standing in the doorway and Eve was sitting on the bed–must have been a motel room–and I kept writing with the intention that he would cross the room and kiss her. Except he wouldn’t go. I could not get him to move, no matter how much snappy banter I wrote, he wouldn’t go near her, and she was completely uninterested in him. I remember sitting back in my chair at one point and saying to the computer screen, “You know, I have a plan here,” but he was immovable. So fine, somehow they end up back at the family’s art gallery and her little sister walks in the room, and she’s not beautiful and she does not have a double personality, in fact, she’s practical, hard-working, focused, the rock at the center of her dysfunctional family, and the next thing I know, she and Davy are having bad sex on the couch in the office. All the stuff about the Shadow and the Double went out the window with that beautiful story plan, thanks to Tilda who was supposed to be a minor character.

The good news was, the new story was better than I had planned. Which is why, as they say in the military (well, as Bob used to say), a plan is only valid until it meets the unpredictable human factor; then you adapt to reality. Put another way, your plan for your story only works until you meet your characters; if they don’t fit the plan, you have to change the plan to fit your people and create a new normal for the plot. Anything else is futile.

Which brings us to Felicity Smoak. Felicity began as a minor character in the world of Arrow, the TV version of the Green Arrow comic book series. I’m not sure why I began watching Arrow, it’s not my kind of story, but once I started watching, the character of Oliver caught me, especially the way he was rendered by Stephen Amell, a guy who looks like a more-muscle-than-brain surfer but who is doing an amazing job playing a selfish playboy turned grim avenger with a savior complex who spends most of his time pretending to be a selfish playboy. It’s great super-soap-opera, plus there’s his mother, a Gertrude if there ever was one; and his little sister, a brat with a heart of gold; and his best friend/sidekick, a good guy with a score to settle; the bad guy, played by John Barrowman which says it all, and Oliver’s former girlfriend . . .

And that’s where they lost me, with Laurel aka The Black Canary, the great love of Oliver’s life, because Laurel is a crusading do-gooder with no sense of humor, a beautiful woman made of self-righteous cardboard. What Oliver saw in her I could not imagine; my guess is that the writers were hamstrung into making her the character from the Green Arrow stories which meant making her an incredibly beautiful, incredibly serious, incredibly noble future superheroine, a lesser, female doppelganger of Oliver. If I wasn’t such a ‘shipper, I’d have been happy to toss Laurel overboard with her sister and follow the rest of the characters around–I don’t think I’ve ever seen a show where every single character is so over-the-top screwed up–but I am a ‘shipper and Oliver is so alone and my romance-writing radar kept looking for somebody to fill the void.

Then in Episode 3, Oliver needed some computer help and went to his company’s IT department (did I mention Oliver is immensely wealthy?) and there was Felicity, pushing up her glasses and stammering and then tilting her head at him when he fed her a ridiculous lie, and for the first time in the run of the show, grim-to-the-point-of-catatonia Oliver smiled for real, not as part of his charade.

I’m not the only one who saw that smile. As Episode Three aired, the showrunners watching the show’s twitter feed saw it explode with “blonde IT girl” tweets, followed by a phone call from the president of Warner Brothers who said, “I love the blonde computer girl.” So Felicity’s one-time-only-appearance minor character became a recurring character who grew in importance until she became one of only two people who know Oliver’s secret identity, which made her one of only two people he can be himself with. All of which was followed by a flood of internet pressure to make Oliver-and-Felicity happen because it was already happening. 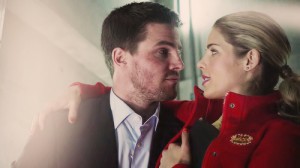 Of course much of this is due to Emily Bett Rickards, the actress who took the Felicity role and didn’t just run with it, she jumped tall buildings in a single bound with it. Her charm and intelligence and zest infuse what could have been a trite, geeky loser character. Add to her performance the very real screen chemistry she has with Amell, and the Arrow writers were already dealing with something beyond their control. But there’s more to this than the casting and performances, good though they are. The writers have, whether they wanted to or not, created a near-perfect romantic dynamic, something they could not have done with the characters they inherited from the Green Arrow stories.

First they made the character of Felicity an engaging combination of conflicting traits: she’s unsophisticated with people and very advanced with computers, she’s intrinsically sunny but capable of embracing real pain, she’s shy and unsure of herself but determined enough to stand up to an angry Oliver and leave him flat when he crosses her moral line. She’s a complete, complex character in herself, the antithesis of Oliver’s grimly serious, amazingly attractive, all-powerful, single-minded persona. There’s something about a grim, tortured, extremely hot avenger whose sanity is iffy paired with a sunny, geeky girl in glasses who believes in fighting for good without getting all angsty about it that creates not only great, crunchy scenes but also balance. Oliver without Felicity is a humorless bastard, doing good outside the law, coming very close to crossing the line into evil. Felicity without Oliver is stuck in the IT department, wasting her amazing talents fixing executives’ online screw-ups, hemmed in by her determination to be a good girl. Oliver and Felicity together mean that Oliver smiles and Felicity saves lives, that Oliver has somebody to say, “You’re going too far” and Felicity has somebody to invite her to break into a casino and cheat at cards, which means they reach the goal of every great romance story: they’re better together.

The writers haven’t messed with that dynamic. Even when they glam Felicity up to go undercover, she’s still Felicity, and even when Oliver is grimly focused on his mission, he still makes deadpan jokes in her ear. Add to that their clear and growing platonic allegiance to each other–Felicity gets angry and quits but she comes back because she knows he needs her; Oliver puts the mission before everything else until Felicity is in danger and then he throws the plan away to get her out–and the “better together” is reinforced.

But that surface trope of “opposites attract” and its awful cousin “You complete me” wouldn’t be enough without the second key to a strong romantic relationship: they have the same core beliefs. No matter what Oliver was before he was shipwrecked, he’s a good man now with a burning desire to save people from predators. And no matter how reluctant Felicity is to work outside the law, if somebody is in trouble, she doesn’t hesitate. So their crunchy differences notwithstanding, Oliver and Felicity have the same values, the same it’s-got-to-be-done-so-let’s-do-it, matter-of-fact approach to their responsibilities to the human race. They may argue about their methods, but they don’t argue about their goals.

Which brings us to the third component, one of the strongest building blocks of any romance plot: Oliver and Felicity work together on something they care desperately about, achieving those goals. Their relationship is not built on physical attraction or the potential of a physical relationship, they respect each other’s strengths, they’ve learned to cooperate despite their differences, and by the end of the first season, they need each other because only they and Diggle, the third in their triumverate, can do the job. In fact, they’re the only ones who can understand the job in all its Byzantine, secret-society, hidden identities plot insanity. They’re not just working together, they’re risking their own and each other’s lives together for a cause they believe in, and that builds a bond.

The slow build of that working relationship has been tremendously effective. One of the most interesting things about the fan reaction to all of this is that the Oliver-Felicity ‘shippers talk about Oliver and Felicity finally becoming a couple in the third or fourth season. You’d think that the average romance fan would be rooting for at least a kiss in the second season, but I think they recognize that the fun of Felicity and Oliver in the first season was watching it happen, and that the strength of the future relationship is best built over the long haul. Arrow is not a romance novel; it’s a superhero story with a romantic subplot that leaves people cold and a friendship subplot that people are hot about. When you have readers or viewers saying about the arc of that subplot, “Not yet, I want to see this happen,” you’ve put a very strong relationships on the page or screen.

But for the Arrow writers, there’s that source problem: Oliver is destined to marry Laurel, which means that Oliver-and-Felicity are off the table, not gonna happen, thanks for playing, unless the showrunners are willing to jettison the Black Canary for the Blonde IT Girl. They have, in short, the Felicity Smoak problem: you think as a writer you have control of your universe and you do, until your characters and your readers or viewers react in ways you didn’t foresee. At that point, you’d better learn to be flexible or go down fighting a losing battle. The characters are always right.

The good news for Arrow is that the showrunners have already shown a cheerful enthusiasm for dumping some of the chaotic Green Arrow bible to make their stories better. That coupled with the equally cheerful enthusiasm they have for Felicity in interviews, and I’m starting to have faith that the people behind Arrow know what the military knows: a plan is all well and good until it meets Felicity Smoak. 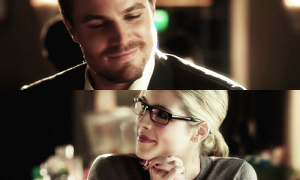 Then you go with Felicity.

131 thoughts on “The Problem of Felicity Smoak”