So we were working on Wild Ride and Bob wrote a scene where Ethan gives Weaver, his soul-mate, a big stuffed dragon from Carl’s Whack-A-Mole booth. Since Bob had also created the Dragon roller coaster, I thought, “Huh, dragons,” and didn’t think any more about it. Until much later when I was writing a scene and dragons showed up again. That was three times. There’s a rule of three, folks, and when Bob’s Boys in the Basement and my Girls in the Basement both send up dragons, it’s time to pay attention.

So I had to go back to the dragon that Ethan gave Weaver, the dragon that Weaver named Behemoth. Because it was big. Beemer, as she came to be called, made several more appearances in the book, which meant that I had to stop thinking of her as a generic dragon toy. Which meant I had to find a real stuffed dragon. Because, that’s why.

So I started hunting for “stuffed dragons.” (When Google went down for an hour last week, I almost lost my mind.) There are a lot of really adorable stuffed dragons out there but they were mostly too small (Behemoth had to have some size on her) and too cute (I love cute, but this is serious stuffed dragon we’re talking here). Okay, I did fall for some stuffed cute, the Dupers 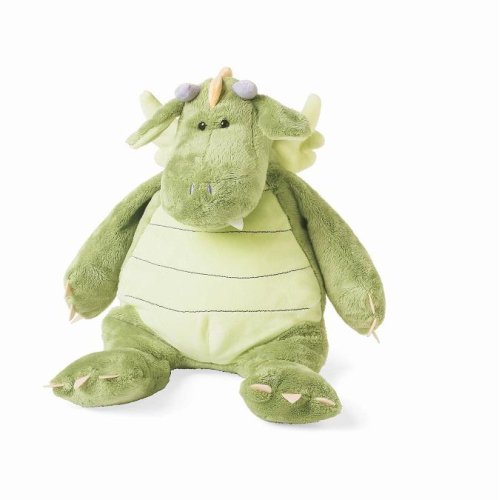 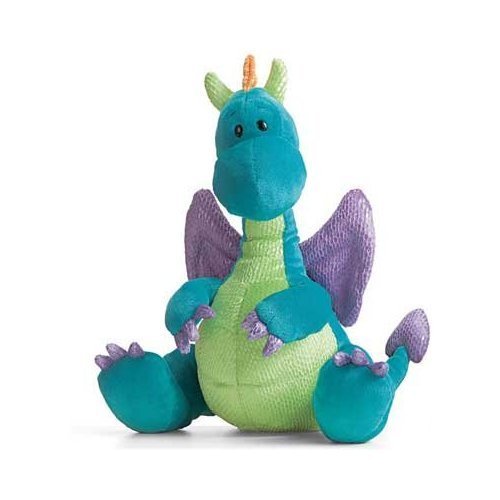 but that was for my granddaughter. (Unless I can’t pry the Dupers out of Krissie’s hands, always a possibility.)

For the book, we needed serious dragon.

I narrowed it down to two. One was a shiny Blue Dragon that had a battery so that it walked and growled. Even better it walked and growled for three steps and then stopped (rule of three) so it wasn’t always grrrring in the background although it’s activated not just by touch but also by sharp sound so the dogs would set it off and then it would move and that would set the dogs off and . . . Still, it arrived and I love it, and I hope it doesn’t scare my still very young grandbaby into fits because it’s not Weaver’s dragon, it’s Callie’s. 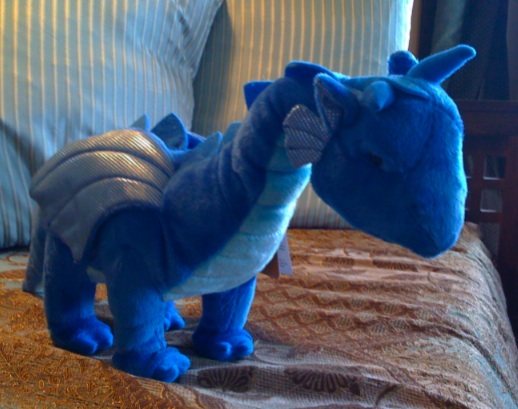 And then, Reader, I found it. A 30″ olive and purple velvet dragon with glittery gold stuff on its chest, wings, ears, and nostrils. A beautiful not cute dragon. A dragon that could earn Ethan major points with Weaver. 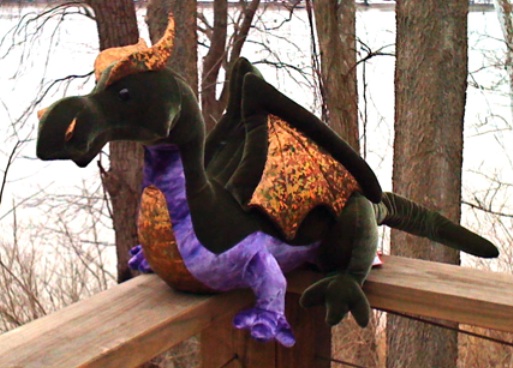 You can get your own Beemer through Amazon or direct from Nancy’s Plush Toys and Gifts, but I’m warning you, Beemer does not come cheap. Ethan almost had heart failure when he found out how much he was going to have to give Carl Whack-a-Mole to replace her.

Wolfie is not sure she’s worth it. 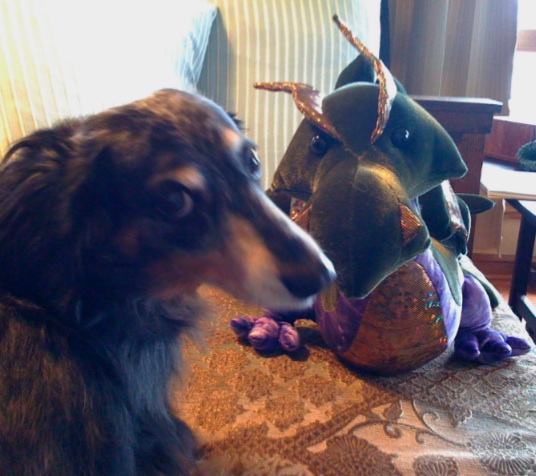 I, however, am sold. Beemer rocks.

34 thoughts on “Here Be Dragons”